The left must have been breathing a sigh of relief to think that Allen West had a scandal brewing while he took on Governor Abbott in primaries for the job of Texas Governor.

After all, the kind of story released about his wife Angela’s traffic stop looked pretty damning to the casual reader. Until you looked a little closer and saw the actual facts. The closer you looked at those facts, the flimsier the allegations against her became.

Now, this fourth story writes what appears to be the final chapter in the saga, in which West has posted the following lawyer letter on his social media account. 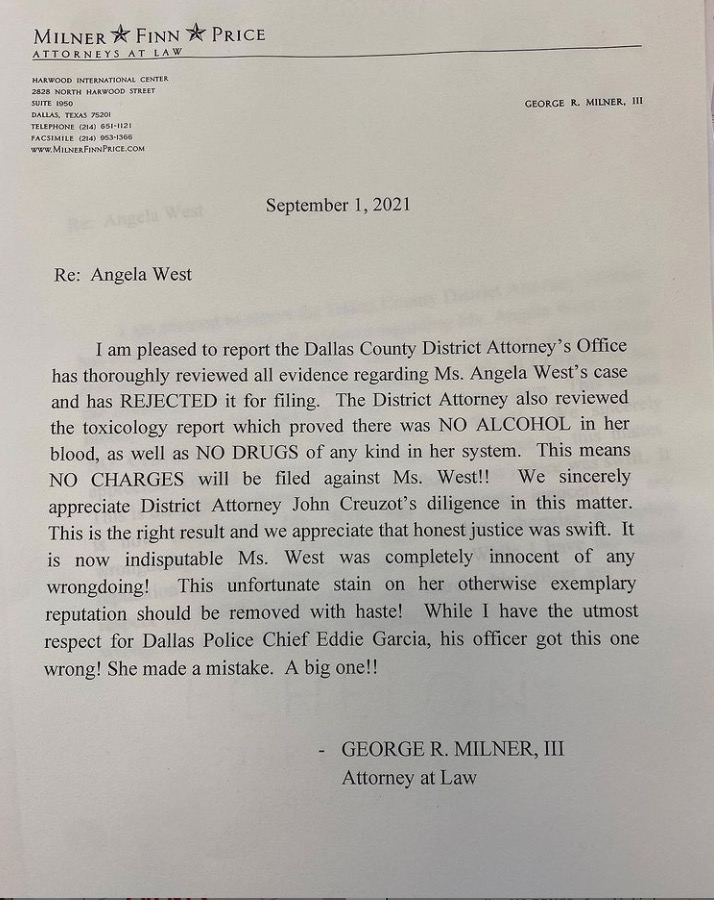 I am pleased to report the Dallas County District Attorney’s Office has thoroughly reviewed all evidence regarding Mr. Angela West’s case and has REJECTED it for filing. The District Attorney also reviewed the toxicology report which proved there was NO ALCOHOL in her blood, as well as NO DRUGS of any kind in her system. This means NO CHARGES will be filed against Ms. West!! We sincerely appreciate District Attorney John Creuzot’s diligence in this matter. This is the right result and we appreciate that honest justice was swift. It is now indisputable. Ms. West was completely innocent of any wrongdoing! This unfortunate stain on her otherwise exemplary reputation should be removed with haste! While I have the utmost respect for Dallas Police Chief Eddie Garcia, his officer got this one wrong! She made a mistake. A big one!!