Enes Kanter has never been one to run with the woke political lemmings of the NBA. He knows his own mind and he isn’t afraid to speak it.

This is true even when speaking his mind puts him at odds with the politics of other athletes… BOOM! NBA’s Enes Kanter RIPS Ilhan Omar For NOT Supporting Sanctions On Turkey

Or leads him to roast the biggest names of his own sport for being servile toadies of an evil regime… BOOM! Turkish NBA Player DROPKICKS LeBron For China Comments — ‘Freedom Is NOT Free’

Now he’s taking to social media and using his influence to tell the world about China’s ongoing project of cultural genocide against the people of Tibet.

If you’ll notice, he’s wearing a shirt with the picture of the Dali Lama while he says it.

You’d think the woke left would rally around Tibet and the Dali Lama, since he is the one religious figure to whom Hollyweird and the left give any deference.

Because China is ruled by a thin-skinned tyrant whose fragile public image cannot withstand the least bit of criticism, China responded like the petty thugs they are.

Celtics games were removed from the Chinese app Tencent Sports on Wednesday after center Enes Kanter posted a video voicing his support of Tibetan independence.

Compare that to the supplicant silence the rest of the NBA was bullied into the moment China threatened to stop being their sugar daddy unless American athletes were taught not to criticize China’s lawless takeover of Hong Kong.

The internet was kind enough to supply some perspective. 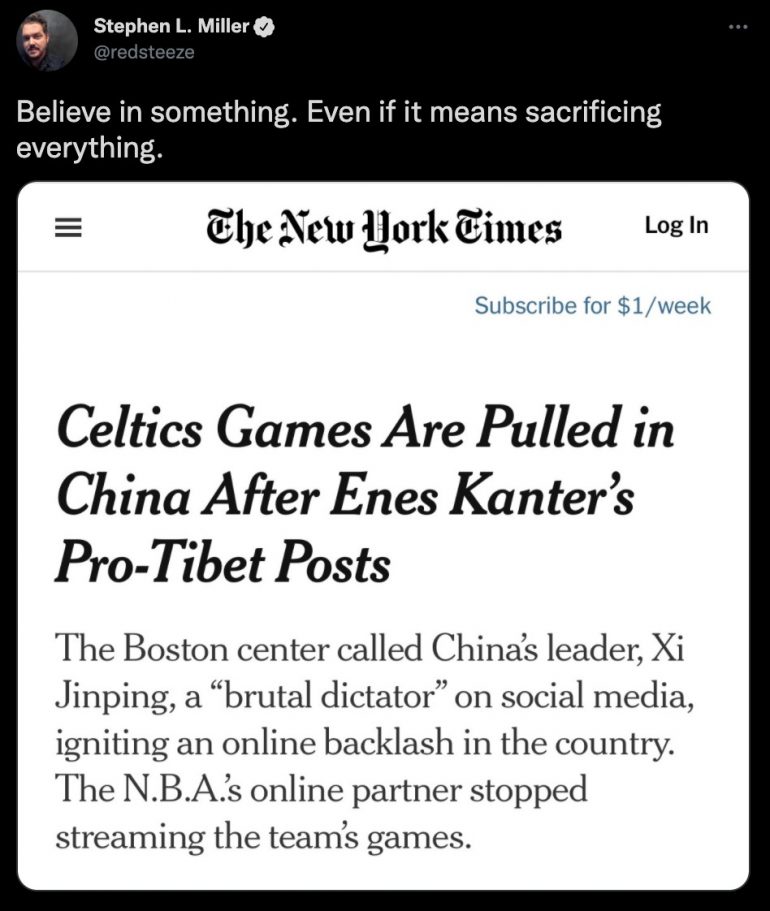 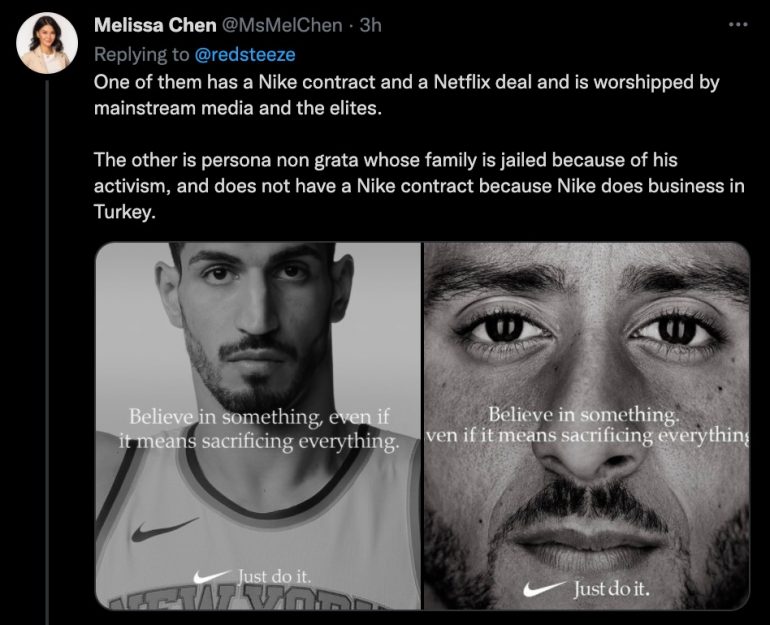 What’s next on the menu for China? Most likely Taiwan.

How many free people would Xi have to subjugate before the rest of the world finally considers them a dangerous expansionist tyranny not unlike the ones whose conquests we opposed in WWII?

They’ve already got the concentration camps and everything.

Let’s recap, for the benefit of our readers…

— Taiwan is the only free Chinese state.

— Hong Kong is an occupied territory.

— Xi is an insecure man-child who opposes religion because he needs to be worshipped himself.

— China is hard at work infiltrating and co-opting every industry and politician it can to further its supremacist interests.