It’s an issue that has dogged the Biden family for years. Have Joe Biden’s family members been enriching themselves by selling access to high political office?

These allegations have been a long-standing issue. And they are NOT going away any time soon.

Hunter’s art dealer wearing a freaking Camp David hat will do nothing to discredit those allegations. 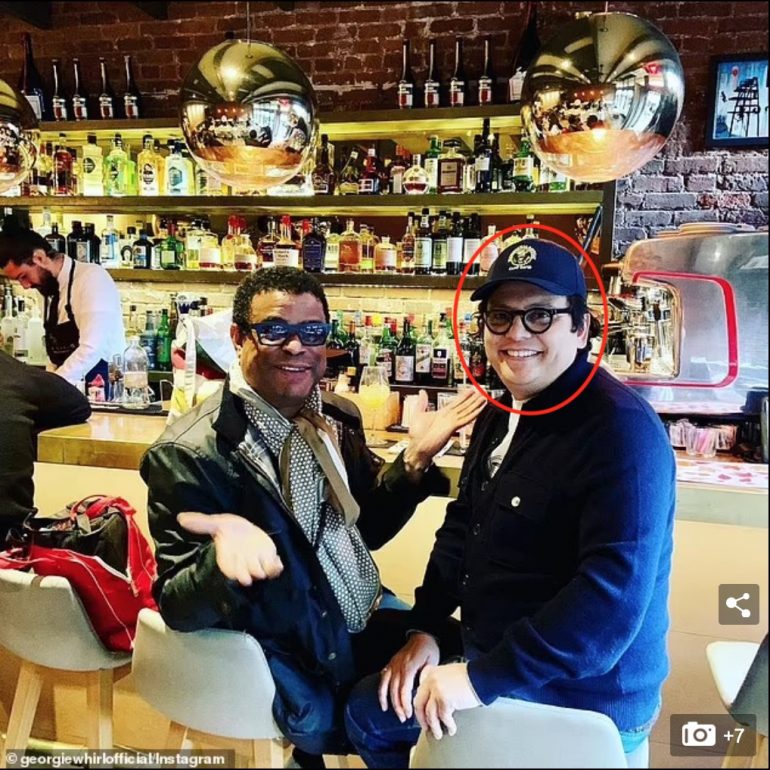 The picture was shared on Instagram – two days before Hunter’s long-anticipated exhibition made a surprise opening at Bergès gallery in SoHo on Saturday – by renowned gossip columnist and celebrity interviewer George Wayne, who claims to have introduced Hunter to the dealer, Georges Bergès.

‘GB shows up wearing a fabulous cap emblazoned with the Presidential seal and the words Camp David Presidential Retreat 46 all over it,’ Wayne wrote.

‘Say whaaa? Were you at Camp David last weekend with your artist Hunter Biden???!!!’

Though the writer is known for his tongue-in-cheek posts, a personal visit with the first family could prove a controversial move by the gallerist, who is under intense scrutiny amid fears that Hunter’s art sales could be a conduit for corrupt attempts to financially influence the Biden family. —DailyMail

Those concerns are raised by none other than Obama’s own ethics advisor.

Long before Hunter declared himself an ‘artiste’, there was already plenty of evidence (in, for one example, the Hunter Biden laptop story) that would potentially corroborate his critics’ corruption allegations.

Even a former business partner explicitly named Joe Biden as making a cut of the money Hunter was cashing from his CCP-connected contacts.

Hunter Biden himself can be heard in a recording where he lamented being connected to certain shady characters that would most likely disqualify somoene from acquiring a security clearance. In his own words: ‘I have another New York Times reporter calling about my representation of Patrick Ho – the f*cking spy chief of China who started the company that my partner, who is worth $323 billion, founded and is now missing.’ (Context here)

Not long before the infamous laptop was discovered, a formal Senate inquiry raised all kinds of serious concerns about Hunter’s foreign dealings. BOMBSHELL: Senate Report On Hunter Biden Corruption Is DEVASTATING–Ties To Ukraine, China, Moscow, And Suspected Human Trafficking Ring

There’s evidence of Hunter introducing people with whom he had business arrangements to his dad… while Joe was serving in high office. ROUGH WEEK: Hunter Biden’s Media Makeover Hits Setbacks From Several Directions

And even Obama’s ethics guy complains about the massive potential for fraud this art show poses to… pretty much anyone who will listen. But the media is ignoring him. Psaki explains it away. And Joe is notoriously allergic to the press.

Here are a few other related stories…

The media (and the other Democrats) knew all about this long before the election. They just didn’t care on account of the (D) after his name.

Let some creepy billionaire drop his Yuan on Hunter’s alleged artwork. The only ‘Biden artwork’ we’re interested in has more of a ‘Let’s Go Brandon’ vibe to it.

Check out the latest painting in Doug’s MAGA series… “FJB“.