It looks like House Speaker Nancy Pelosi is following in the footsteps of former President Trump in leaving a crappy blue state for DeSantis Country.

The Daily Mail is reporting that multi-millionaires Nancy and Paul Pelosi appear to have dropped a cool $25 million on a 10,000 square foot mansion with a private beach in Hobe Sound on Jupiter Island, Florida. Michael Jordan, Tiger Woods, and Celine Dion also have properties in Hobe Sound. 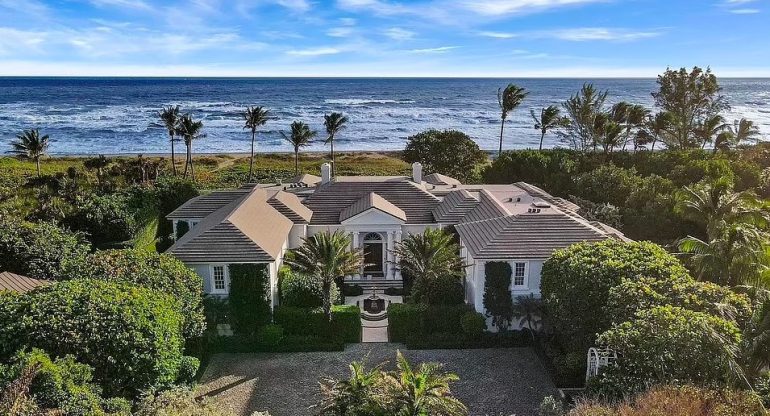 It would be a big move for the California Democrat who has been a Congressional Representative for a district in San Francisco since 1987.

She was actually on my plane.

She wants to retire in Florida to enjoy low taxes, mask free hair salons, and Republican freedom policies, while literally destroying all these good things for the American people.

This news tidbit seemed to be confirmed by right-wing commentator John Cardillo.

Hey @SpeakerPelosi, if Florida is so horrible why did several friends of mine see you house hunting, maskless, in the Hobe Sound area last week?

The Daily Mail reports that Speaker of the House and her property tycoon husband own multiple properties in several states.

[Pelosi] currently spends most of her time in Washington D.C where she has a $2.6m condo in the upscale Georgetown district.

She also owns a four-bedroom San Francisco home that sits in the middle of her congressional district and was purchased in 2007 for $2.2m but is thought to be worth at least $6m now.

The couple also have a 65-acre wine estate in St Helena, 65 miles north of San Francisco, that boasts a Palladian style house and a Z shaped pool.

According to Roll Call, the property is now worth between $5m and $25m and provides the Pelosis with an annual windfall of up to $15,000 from grape sales.

Pelosi also owns a second Napa Valley property worth $1m which is rented out for up to $50,000 a year according to her financial disclosure forms.

A second rental property worth up to $5m is located in the upscale Sugar Bowl Ski Resort near Norden, California.

The fabulous six-bedroom Florida property sits on 2.5 acres of landscaped grounds with a colonnaded courtyard, and a fountain. The interior boasts marble countertops in the gourmet kitchen, elevator, gym, swimming pool, wine cellar, and a private, state-of-the-art cinema.

Here are some photos of the property from the Zillow listing: 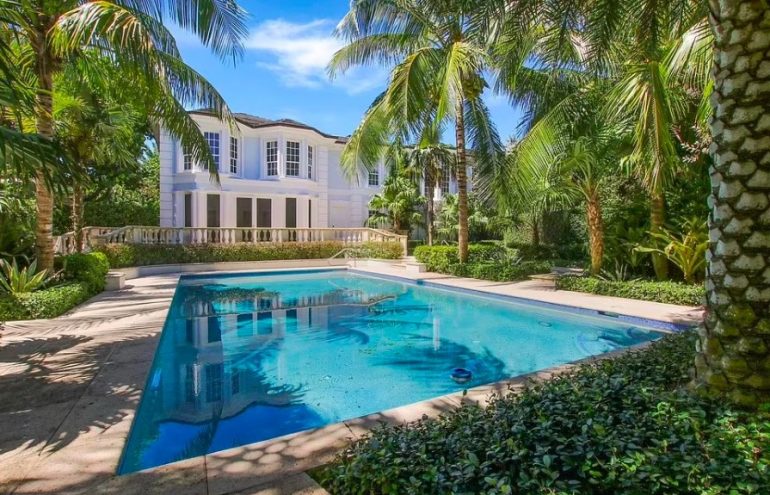 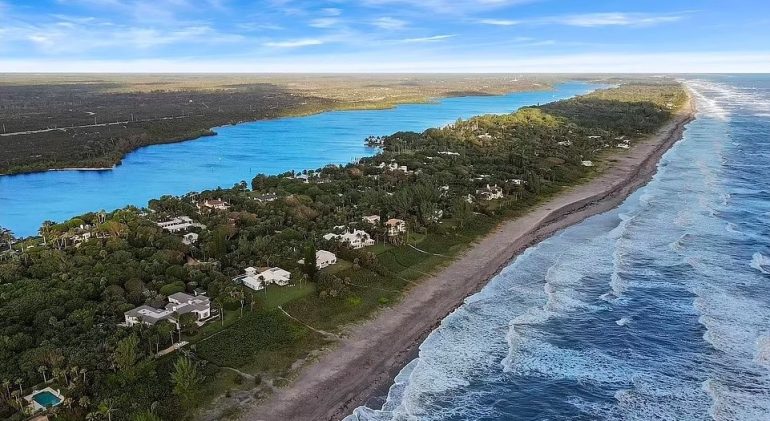 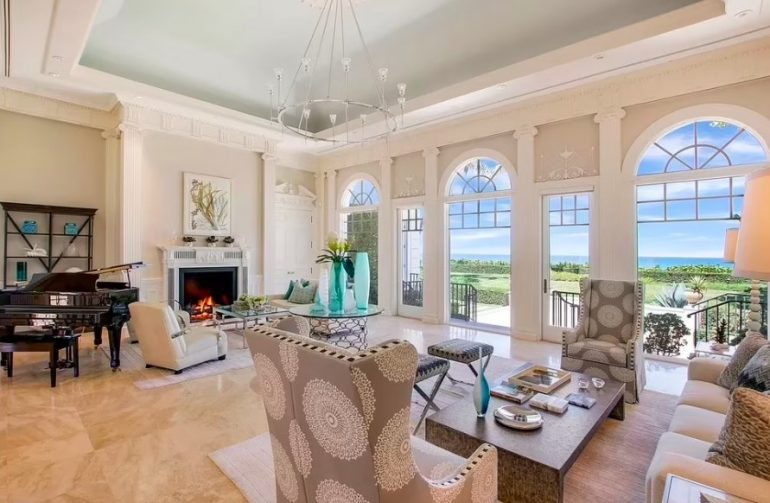 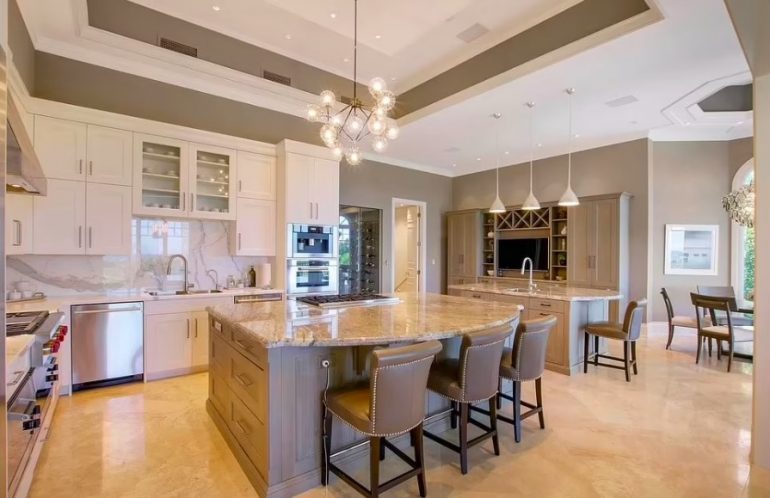 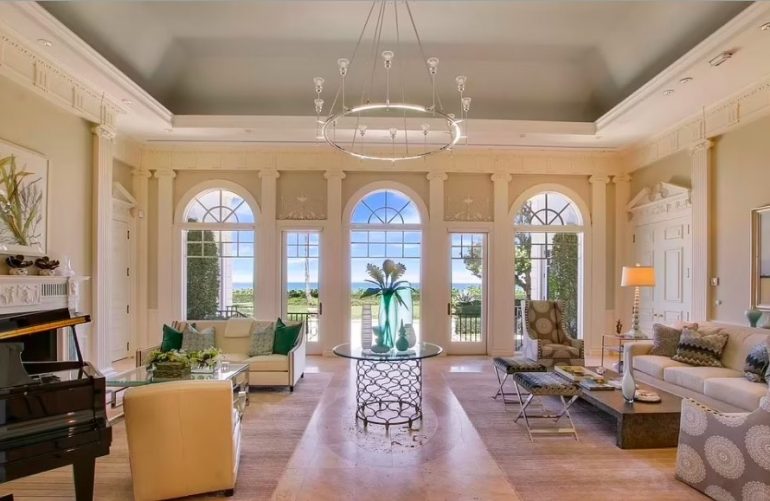 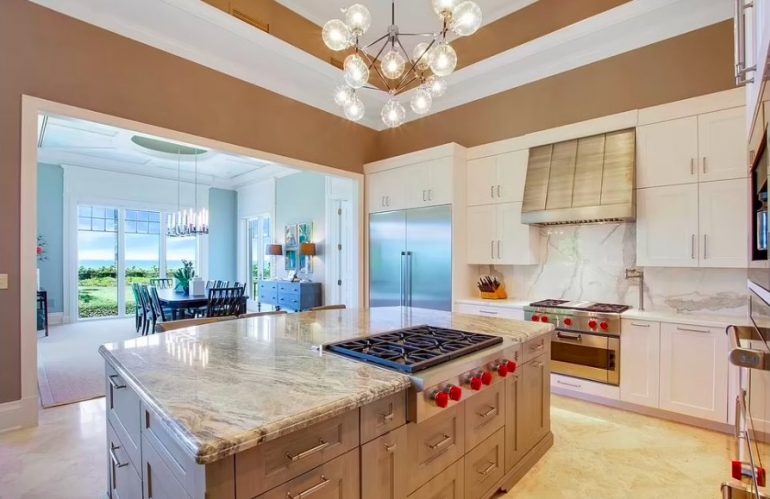 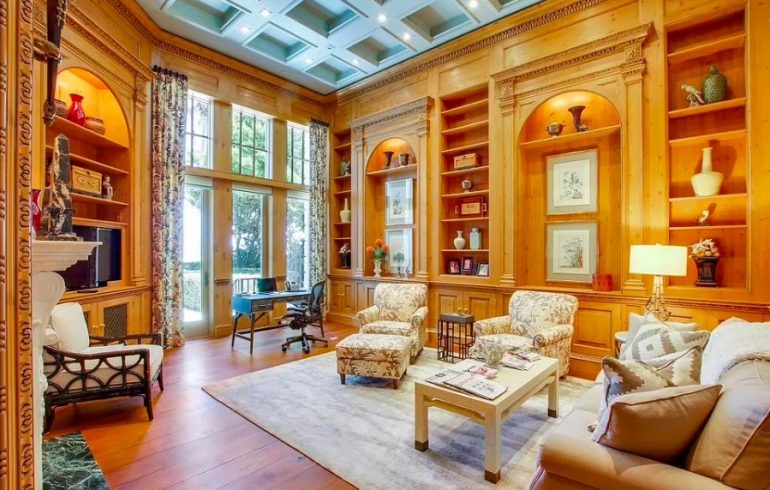 A move to Florida doesn’t just mean no mask mandates, no jab mandates, no lockdowns, no looting, and significantly less feces on the streets — it also means lower taxes.

Her new home is likely to incur less tax than her California properties, with an average property tax rate of .97 per cent in Martin County compared to 1.81 per cent in San Francisco.

Pelosi would also benefit from lower income tax – Florida charges nothing while California charges up to 12.3 per cent for those earning over $599,000.
Source: Daily Mail

It’s a win-win for the Cali Democrat.

As an added bonus, Hobe Sound is just a quick 40-minute drive from Mar-a-Lago, so if she suddenly feels nostalgic, she could always pay a visit to the former President… if he’ll see her.