Maybe Iran should stick to something they actually know, like being cut-rate pirates and the world’s leading state sponsor of terrorism.

Iran’s latest effort to build itself a navy ran into problems… again. We say ‘again’ because only last June, they had a warship in port that caught fire.

This time, their ship didn’t catch fire. Instead, it flipped over onto its side.

Iranian Navy ship named Talayieh which was still under construction was capsized in the dry dock in Bandar Abbas. One person is reportedly killed in the incident. pic.twitter.com/0LFLLEZxMd

An Iranian naval vessel known as the Talayieh, which was still under construction, capsized in dry dock at the Bandar Abbas port in southern Iran recently, according to initial reports on Monday. –JPost

Iran isn’t saying anything, but it’s been confirmed by satellite.

@planet imagery captured on 04DEC2021 confirms that the Jamaran variant known as Talayieh (or Talaieh) appears to have capsized while in the dry dock at Bandar Abbas. pic.twitter.com/B3WyqEl55V

Back in January of 2019, one chat conversation on a site with a Pakistani web address described this same class of ship being made in Bandar Abbas, and attached the following photo: 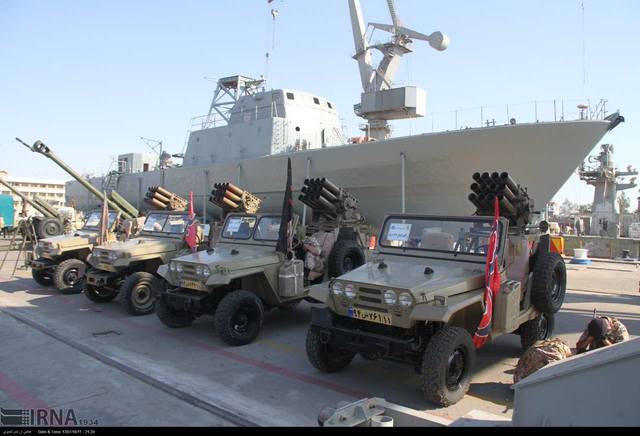