The now-indicted top prosecutor in Baltimore said, “there would be no Marilyn Mosby without Kamala Harris.”

She has acknowledged that wouldn’t be in her current job if it weren’t for Kamala backing her. 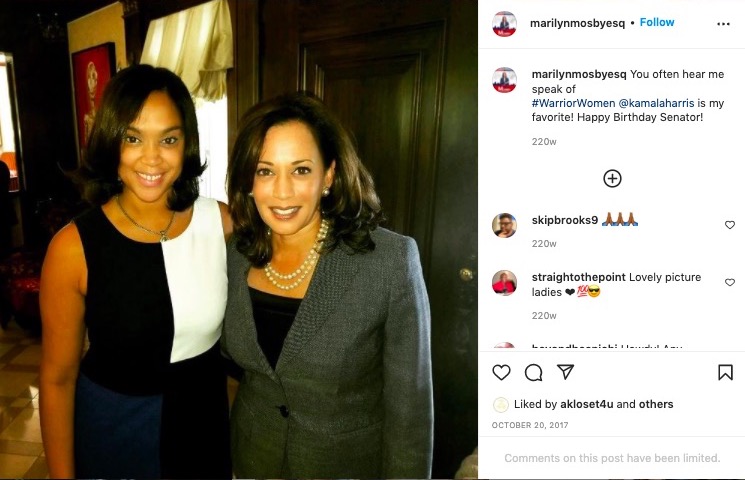 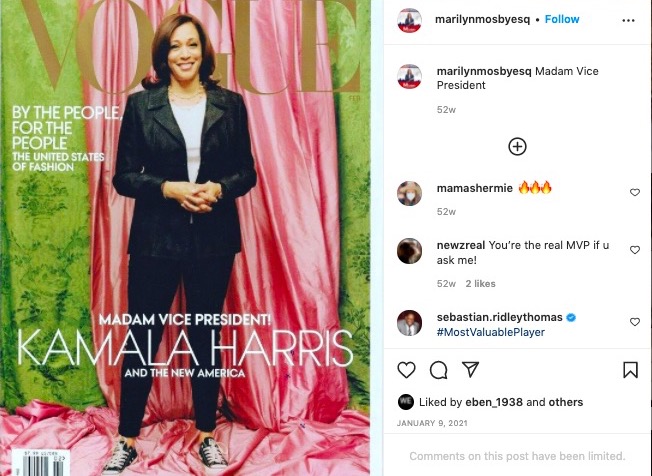 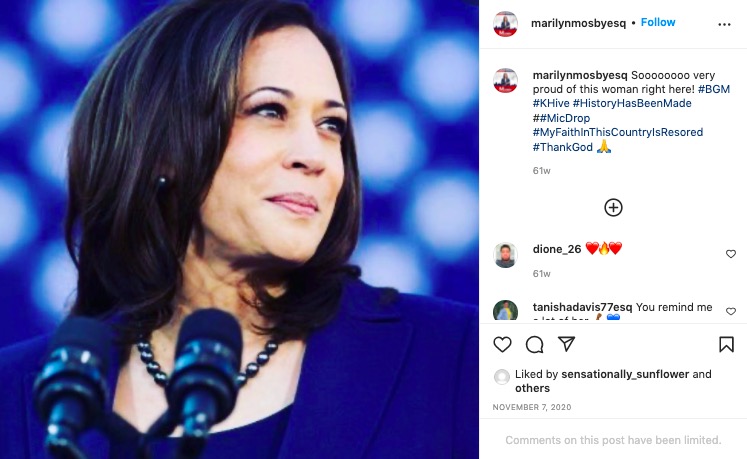 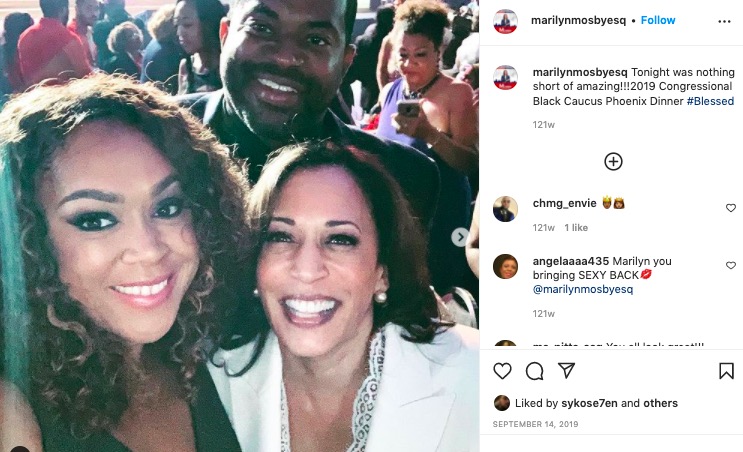 A video of then-Senator Kamala Harris endorsing Mosby in her re-election bid for State’s Attorney General that Mosby posted on her Instagram account.

Harris said that Baltimore’s top prosecutor should not “just get convictions but have convictions” and said that Mosby was the woman for the job. “There have been people that are highly critical of her because she heard the voices of the people and said, ‘Even if I can’t win, I’m going to do the right thing,'” added Harris.

Unfortunately, like so many other far-left prosecutors, things didn’t go well for Mosby.

You may recall her from the malicious prosecution of the cops involved in the death of Freddie Gray back in 2015.

It’s been going downhill ever since.

The troubles began to surface in the spring of 2020.

It would seem that Mosby and her husband, Baltimore City Council President Nick Mosby, hadn’t been paying their taxes and the Internal Revenue Service wasn’t so pleased. In March 2020, the IRS placed a $45,022 lien — the amount owed the government at the time — against all property and rights to property belonging to the Mosbys.

Then, back in March of last year, the Baltimore Sun reported that federal prosecutors were investigating the personal and professional finances of the Baltimore power couple.

Federal prosecutors have opened a criminal investigation into Baltimore City Council President Nick Mosby and State’s Attorney Marilyn Mosby, subpoenaing her campaign and the couple’s business records, according to a grand jury subpoena obtained by The Baltimore Sun.

The U.S. Attorney’s office and the FBI requested a wide range of financial records related to the power couple: tax returns, bank statements, credit card statements, loan documents and canceled checks. They subpoenaed Mosby’s campaign treasurer and requested records tracing back to 2014, some related to the Mosbys’ private travel and consulting businesses.

In addition, Union Baptist Church received a federal grand jury subpoena seeking information about whether Nick Mosby had made contributions there, the church’s attorney, Robert Dashiell, confirmed. The pastor of another major church, Bethel AME, also said he received a subpoena, though Rev. Patrick Clayborn said he did not know details of what it was seeking.
Source: Baltimore Sun

Well, the results are in, and it resulted in four charges against Mosby.

Despite the Mosbeys’ attorney last Spring saying that his clients were “unfair targets” because they are “progressive change agents,” and insisting that they “have done nothing illegal, inappropriate or unlawful,” and called the investigation “a political witch hunt in its purest form” — one of his clients appears to have lied on mortgage applications in the Free State of Florida.

Marilyn Mosby, 41, has been indicted by a federal grand jury on Thursday with charges of two counts of perjury and two counts of mortgage-related charges. The Daily Mail reports that Mosby made “false mortgage applications in the purchase of two Florida vacation homes.”

Prosecutors say that Mosby lied stating that she was in financial hardship due to the pandemic in order to withdraw $40,000 from her city retirement account. However, during that time of alleged “hardship”, Mosby’s salary had increased by $10,000 a year to $248,000.

The four-count indictment alleges that Baltimore State’s Attorney Marilyn Mosby, 41, lied about meeting qualifications for coronavirus-related distributions from a city retirement plan in 2020…

…In 2020, Mosby submitted requests for one-time withdrawals of $40,000 and $50,000, respectively, from Baltimore’s deferred compensation plans, according to the indictment.

It alleges that Mosby falsely certified that she experienced adverse financial hardships because of the coronavirus, but actually received her nearly $250,000 salary in 2020.

…Mosby was required to disclose liabilities, but didn’t disclose that she had unpaid federal taxes from a number of previous years and that in March 2020, the Internal Revenue Service placed a lien against all property and rights to property belonging to the Mosbys in the amount of $45,022, the amount of unpaid taxes Mosby and her husband owed the IRS as that time.
Source: Daily Mail

Mosby was one of the first of the leftist prosecutors supported by leftwing billionaire George Soros in his vision to “reimagine” (Read: “destroy”) the criminal justice system in the United States.

Since Mosby has taken office, she’s worked hard to keep what she calls “low-level offenders” out of prison by not prosecuting things like drug crime and prostitution.

It got so bad that in November, Maryland Governor Larry Hogan announced an investigation into Mosby’s office as well as withhold funding as violent crime increased in Baltimore.

Higher crime is the result of the soft-on-crime policies that these far-left activist prosecutors support.

Here is Mosby with fellow Democrat prosecutor, Kim Foxx of Cook County, Illinios, who has made a name for herself by going soft on Jussie Smollett as well as turning a blind eye to rampant crime in Chicago.

Mosby is running for a third term in June.

Of course, her attorney is saying that the charges are politically-based and, actually, it stems from racism.

“We will fight these charges vigorously, and I remain confident that once all the evidence is presented, that she will prevail against these bogus charges — charges that are rooted in personal, political and racial animus five months from her election,” wrote Mosby’s attorney, A. Scott Bolden.

As the Vice President said on Thursday when allegedly answering a question about the Biden-Harris pandemic response, “It is time for us to do what we have been doing and that time is every day.”