If you were wondering why the Ivy League crowd thinks the government has a right to micromanage the lives of the public, take a look at who is teaching them.

Remember that dig De Santis made about schools that don’t keep in-class learning open year around should owe the parents a refund for the year’s tuition? Maybe he had Yale in mind.

Students at Yale got a message from their school that the mandatory two jabs and a booster weren’t enough to keep the schools open for in-person learning. Now they are shifting to online-only learning until at least February 7th.

Yalies got this message from their school. 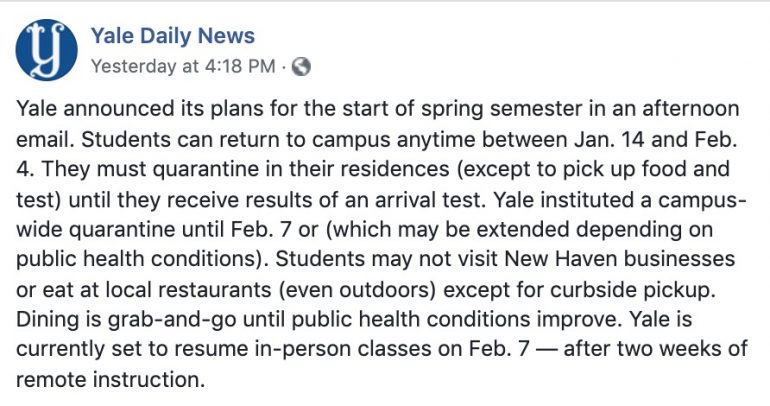 Let’s highlight one part of that message that might easily get lost in the other regulations being laid out that they are requiring adult(!) students to follow.

‘Yale announced its plans for the start of the spring semester in an afternoon email. Students can return to campus anytime between Jan. 14 and Feb. 4. They must quarantine in their residences (except to pick up food and test) until they receive results of an arrival test. Yale instituted a campus-wide quarantine until Feb. 7 or (which may be extended on public health conditions). Students may not visit New Haven businesses or eat at local restaurants (even outdoors) except for curbside pickup. Dining is grab-and-go until public health conditions improve. Yale is currently set to resume in-person classes on Feb. 7 — after two weeks of remote instruction.

The students had … thoughts … about this announcement 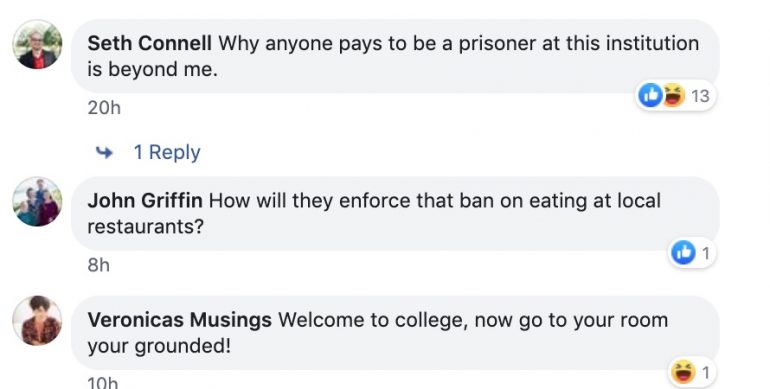 Could the logic of their authoritarianism be as straightforward as this?

-Any notion they had about the freedom of the individual was bred out of them in school.

-They are treated like children, even when they are adults.

-They think that’s how adults should be treated by those with power over them.

And then, after Ivy League connections get them into positions of influence and power…

They proceed to exercise power over adults whenever they get the chance.