For anyone distracted by recent events in Trudeau’s Canada or Putin’s war on Ukraine, hostile forces have not missed a beat in their continued attempts to exploit America’s Southern border.

The good guys catch some of it, but with Biden’s thorough dereliction of border defense, it’s an impossible game of whack-a-mole. 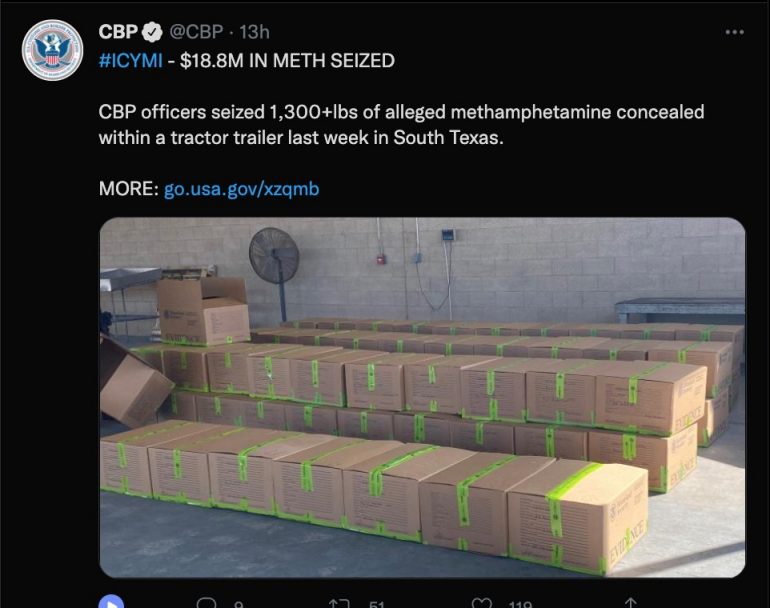 “This massive methamphetamine smuggling attempt was stopped, thanks to our vigilant officers who continue to work as a team and use all available tools and resources to their full potential,” said Port Director Carlos Rodriguez, Hidalgo/Pharr/Anzalduas Port of Entry.

CBP OFO seized the narcotics and tractor trailer, and the case remain under investigation by agents with U.S. Immigration and Customs Enforcement-Homeland Security Investigations (ICE-HSI). — CBP 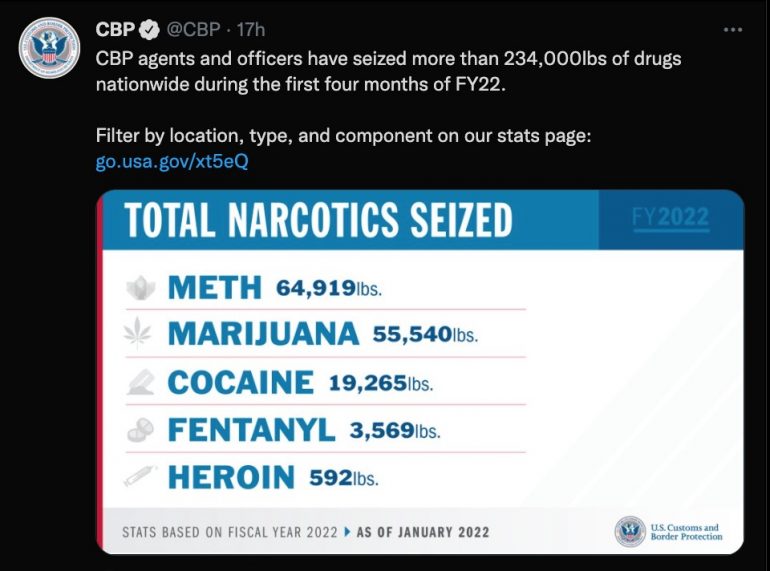 With Texas having it’s Gubernatorial primaries this week, this Invasion is very much on the ballot.

Are we ready for a leader that will take the gloves off and treat it as the foreign invasion it has really been? Someone like Allen West who understands that both the Federal Constitution and the State Constitution empower the Governor to act in defense of Texas?

We’re about to find out.

If you’re interested in Allen West’s plan, and why ClashDaily has endorsed him, visit West4Texas for more.