One of our Big Dawg’s buddies had an interesting, and enlightening experience with online fact-checkers.

Having found himself in the crosshairs of a fact-checking group, Raheem Kassam flipped the script and looked into who it was that had been ‘fact-checking’ him. What he came up with was laughably flimsy.

You can find the full treatment of his story at his substack, here. But we’ll hit some of the highlights, followed by a couple of observations.

Kassam was responding to a story in which someone else was discussing the possibility of using psychoactive medication to make the public more cooperative and compliant in their use of government-ordered COVID precautions.

Anyone who knows anything about Raheem Kassam knows he would never in any seriousness want the public to be medicated into obedience to the state. He was bringing attention to an article written by another writer back in August of 2020. 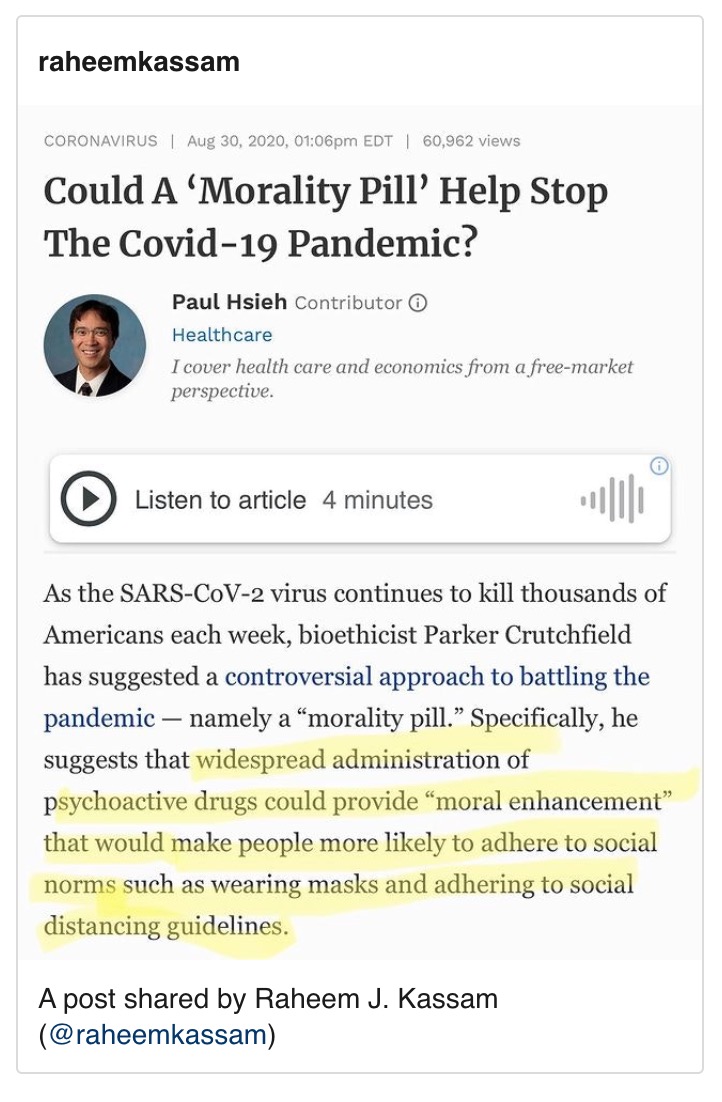 Far from encouraging this option, Kassam was drawing attention to the parallels to Brave New World and Soma. It was intended to be a klaxon warning about the existence of such a pill, and more importantly, discussions of using it to enforce obedience. By no means was this an invitation to take the damned ‘morality pill’.

Next, he looked into who it was that flagged him. And that’s where things get interesting.

Not only did the IFCN group raise some red flags with transparency, but then he looked into the person who flagged his post as misinformation and it got weirder.

The review of my posts was performed by someone who isn’t even listed on the staffing page for THIP”: Dr. Shikha Shiromani.

There is scant information about anyone by that name online, and there is no headshot nor significant biography for the author on the THIP website.

Is this even a real person?

He looked at the wider scope of people connected to the fact-check group and was left with more questions than answers.

It’s almost as though nobody thought demonstrating their legitimacy was going to matter to anyone.

Could this be because, as many of us on the right have long suspected, this is just an elaborate shakedown for discrediting anyone who doesn’t play by the left’s ever-changing rules, given a veneer of legitimacy by seeming to be third-party independent fact-checkers?

If the fact-checking operations aren’t authentic, then the rationale for silencing the right for all of these years has gone up in smoke. Hiding behind the dictates of fact-checkers is no excuse at all.