These people that impose mandates for “public health” don’t really believe that they work. They also think that you’re stupid.

Over the weekend, it seems a few Democrat Mask Nazis went to the playoff game between the Los Angeles Rams and the San Francisco 49ers at SoFi stadium in L.A. — Governor Gavin Newsom, Mayor of Los Angeles Eric Garcetti, and San Francisco Mayor London Breed.

They were all photographed maskless in violation of L.A.’s mask mandate which states, “In Los Angeles County, everyone 2 years of age and older must wear a mask in all indoor public places and at outdoor Mega Events, whether they have been vaccinated or not.”

What’s even worse is that they were maskless with NBA legend, Magic Johnson. Shouldn’t that be considered very risky behavior since Johnson is a black man, 62-years old, and HIV positive? According to the COVID paranoiacs, he’s a 6’9″ walking ball of comorbidities.

And yet… this trio of Democrats that impose mask mandates on everyone thought it was perfectly fine for them to hang with Magic maskless because they don’t believe that they’re walking vectors of disease… but you and your 2-year old are.

Is this the point where we say that they just want a black man to die? I’m not sure what the rules are anymore.

Magic Johnson conveniently posted the photos on social media in one tweet and all hell broke loose for the hypocritical Dems. 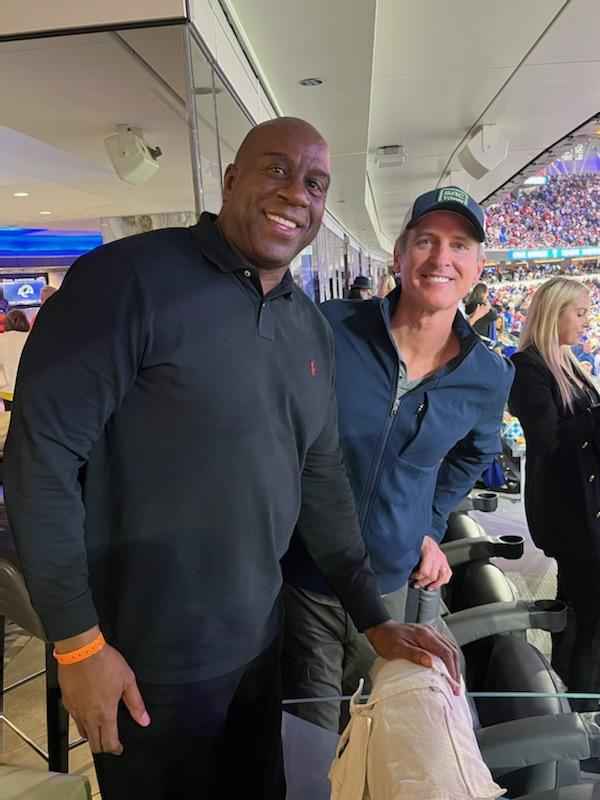 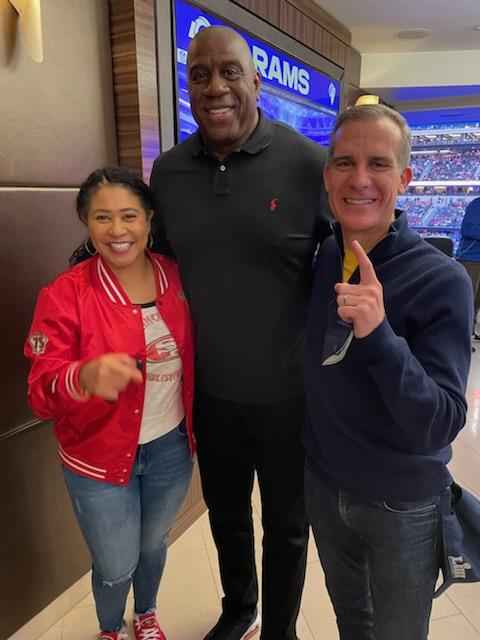 What’s interesting about this is that all of these people seem to have missed the giant reminder on the Jumbotron.

Perhaps they believe that there is an aura of rarefied air surrounding them that the plebs just don’t have access to. Maybe it’s a bonus that comes with the rich people box that they’re sitting in away from the filthy, unwashed masses.

London Breed posted her own maskless photos, but perhaps she was just “feelin’ the spirit” again.

Newsom said that he only had the mask off for the photo, but that’s not true. Photos and video of him unmasked through the game have circulated on social media including this video of him hugging Magic Johnson.

The video contradicts Newsom's assertion today that he only removed his mask "for a brief second" when he "took a photo." pic.twitter.com/kTOjBOlT0F

The most creative defense of these disgusting hypocrites was Eric Garcetti’s excuse that he was holding his breath and there’s a “zero percent chance of infection from that.”

Pardon my French, but these people are effing idiots.

And they’re the ones making the rules.