If this claim checks out, you can be sure it’s going to unload the mother of all lawsuits.

Little Lord Fauci and his counterpart Francis Collins were working overtime to make sure nobody asked any hard questions about the possible laboratory origins of the virus.

Scientists ruling out questions is way out of character to begin with, but as we later learned, they had plenty of secrets they wanted to hide on the gain-of-function side.

How exactly does a Moderna patent from February of 2016 fit into the story? That’s where the story takes an interesting turn.

This particular patent has some very particular properties. Obviously, it would have to, if it were to qualify for a patent, right? 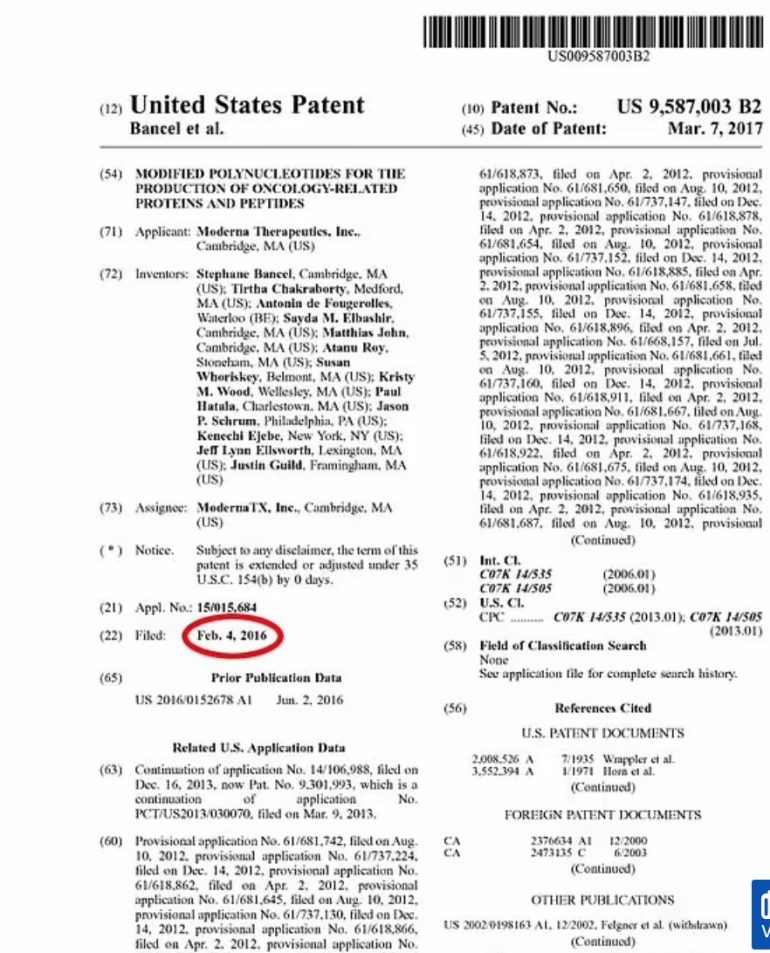 But whether you know it or not, we all have become very familiar with this particular molecule in the past couple of years.

Fresh suspicion that Covid may have been tinkered with in a lab emerged today after scientists found genetic material owned by Moderna in the virus’s spike protein.

They identified a tiny snippet of code that is identical to part of a gene patented by the vaccine maker three years before the pandemic.

It was discovered in SARS-CoV-2’s unique furin cleavage site, the part that makes it so good at infecting people and separates it from other coronaviruses.

The structure has been one of the focal points of debate about the virus’s origin, with some scientists claiming it could not have been acquired naturally.

The international team of researchers suggest the virus may have mutated to have a furin cleavage site during experiments on human cells in a lab.

They claim there is a one-in-three-trillion chance Moderna’s sequence randomly appeared through natural evolution. —DailyMail

Are we to supposed write this off as mere coincidence?

You would think one-in-three-trillion is a helluva hurdle to clear.

Eric Weinstein sure seems to think so. 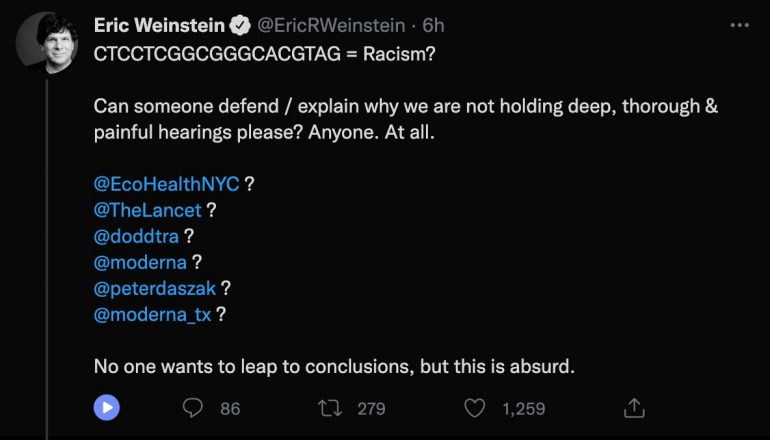 We’re open to other explanations. But that, of course, would require transparency and a free exchange of ideas.

And no, we’re not exactly holding our breath on either of those counts.