Well, this is embarrassing.

There have been some pretty hot takes about Florida’s parental rights/anti-grooming bill that passed in Florida.

What they don’t seem to realize is that they’ve conflated “gay” with “grooming” which we know is absolutely ridiculous — there are lots of heterosexual creeps out there that are grooming children to have sex with them.

Polk County Sheriff Grady Judd held a presser on Wednesday about “Operation March Sadness 2” — a massive sex trafficking sting that began on March 8 and led to a whopping 108 arrests including 4 Disney employees, one of whom was looking to have sex with a minor.

“The arrests of a human trafficker and four child predators alone makes this whole operation worthwhile,” said Sheriff Judd in a statement included in the press release. “The online prostitution industry enables traffickers and victimizes those who are being trafficked. Our goal is to identify victims, offer them help, and find and arrest those who are profiting from the exploitation of human beings. Johns fuel the trafficking and victimization. Where there is prostitution, there is exploitation, disease, dysfunction, and broken families.”

The arrests range in age from a 17-year old male to 67-year old Derek Collins, who showed up to the residence “drinking Ensure.”

Among the arrests were four Disney employees.

Of the confirmed Disney employees, one was 45-year-old Ralph Leese, who worked in IT, and another was 24-year-old restaurant worker Wilakson Fidele of Tomorrowland’s Cosmic Ray’s Starlight Cafe. The third, 27-year-old Xavier Jackson, has been accused of sending illicit pictures to a person who he thought was a 14-year-old girl.

The arrest of Xavier Jackson, 27, of Kissimmee, Florida, is particularly disturbing because he worked with the public. 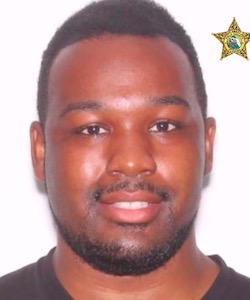 Jackson communicated online and via text with an undercover detective posing as a 14-year old girl. He sent explicit photos of himself as well as graphic descriptions of what he wanted to do with the person that he thought was an underage girl.

Sheriff Grady has a way of communicating that really drives the point home.

Jackson was charged with three counts of Transmission of Material Harmful to a Minor, and one count of Unlawful Use of 2-Way Communication Device.

A man who works at another amusement park called Fun Spot, and Daniel Peters, 66, a retired Cook County judge was charged with soliciting a prostitute.

“[Peters] requested an attorney. Well, judge, you need an attorney,” quipped Sheriff Judd, “you got problems.”

Sheriff Judd held up his mug shot along with his headshot in his judicial robes. 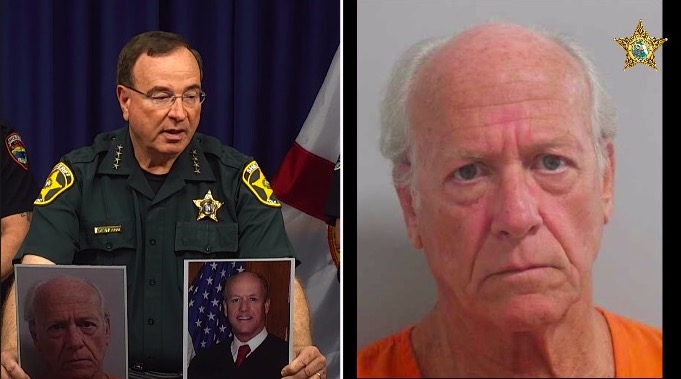 Here is the full presser:

You can read the Polk County Sheriff’s Department’s press release on the sting here.

This is how the Disney logic works — oppose “mean tweets” by a comedian and a bill that says that talking about sex to children below Third Grade, but turn a blind eye to pedophiles and those who solicit sex from trafficked victims.

It makes about as much sense as anything else in this crazy messed-up world we live in.