Biden is now being pulled in different directions by conflicting priorities. If he wanted to actually solve a problem, he would find a way to solve them both.

A recent scientific discovery will be largely ignored by Biden’s administration because they are interested in an agenda, not a solution.

The root of Biden’s Problem with energy and the economy

The problem Shambling Joe has is that he’s surrounded himself by hard-left ideologues whose policy commitments are held with devotion and religious zeal no less resolute than the Jihadis we were fighting in the Caliphate.

Those zealots are more than willing to let our economy crash — hard — and bring our institutions down with it so long as they can put up some *indelible* points in the win column.

We have already seen Biden and the Dems echoing their adherence to precisely the New Green Deal policies they pretended to reject BEFORE the last General Election. (After all, they didn’t dare be honest and let the plebes know what they REALLY planned to do BEFORE they cast their votes. The public might not appreciate the plan, and might have voted for the ‘wrong’ party. It’s far easier to smuggle their agenda into office.)

There are two problems with most ‘Green Energy’ options.

One is that they do not produce enough energy to replace the stable production levels supplied by fossil fuels.

The second is that windmills and solar panels both have some combination of significant energy input costs, land use costs, rare mineral components, and end-of-life disposal concerns that are often neglected by advocates of so-called ‘green energy’.

For example: 50,000 Tons Of Useless Wind Turbine Blades Dumped In The Landfill

HEY CLIMATE ALARMISTS: Where Is Your Outcry Over This Study About Solar And The Sahara?

These photos, for example, show a Canadian oilfield while in use, and after it had been reclaimed. (Source, with other examples, here.) 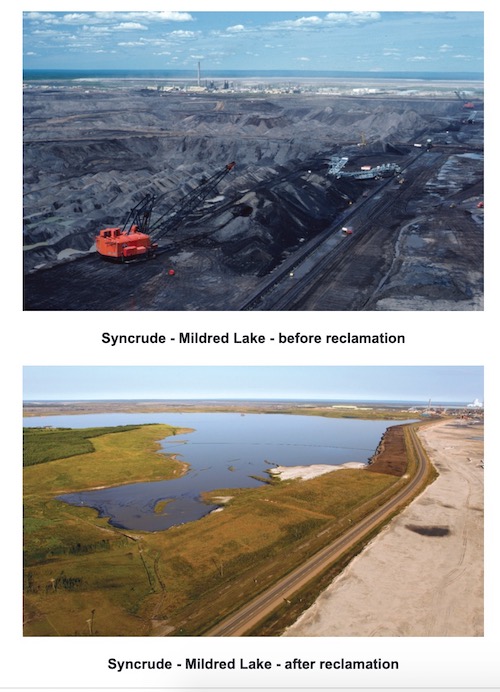 This is a lithium mine. 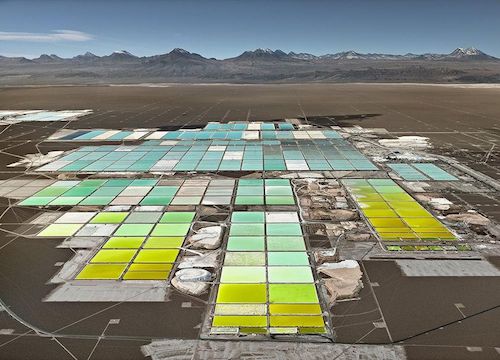 Here’s a little more about that mine.

In 2009 and 2016, a toxic chemical leak occurred in the Ganzizhou Rongda lithium mine in China, polluting the Liqi river which led to the mass death of fish populations and contamination of drinking water sources of nearby communities. —Read More

But Biden would rather scapegoat Putin for the pain we’re all feeling at the pump. And when called upon to relax restrictions he has put on oil and gas exploration in the beginning, or making it easier to import oil from a close (reasonably) democratic ally like Canada, Biden will instead turn to oil producers in Saudi Arabia, or Iran, or Venezuela to make up America’s shortfall.

Our Government’s own data shows that Biden, not Putin is to blame for our energy prices: Psaki Lies To Doocy, Blames Putin For Oil Prices … But We Have The Receipts (VIDEO)

Because of his agenda’s tunnel vision, Biden is missing an obvious opportunity to bring the economic issue and the energy issue into alignment.

First, we’ll look at the discovery, then we’ll explain how Biden could hit two birds with one stone — if only he had the good sense to see how.

This, the company says in a press statement, is “the threshold required for commercial fusion energy.”

…For years, companies have been trying to harness this process to provide practically limitless sustainable energy here on Earth. Now, Tokamak Energy says it has brought us one crucial step closer to achieving this goal. —InterestingEngineering

Fusion energy has all the energy-producing potential of nuclear reactors (obviously, since it’s the same reaction powering our sun, after all) without the problem of radioactive waste. In fusion reactions, two Hydrogen atoms for example, are fused together to make an atom of Helium.

Activists say they want ‘solar power’? How about the same power the sun itself runs on?

Nothing is stopping Biden from taking all the brakes off of energy production except Biden’s own agenda.

One, it would take pressure off the immediate problem of energy supply. This would have the cascading effect of reducing input costs for businesses and help with both jobs and inflation.

But this new tech puts another card on the table. If fusion energy is no longer the distant pipe dream it once was, what happens if we skip right past wind and solar entirely and move straight to fusion?

Fusion would potentially provide FAR more energy than wind or solar could ever deliver, and it would be clean, reliable energy that could legitimately call itself ‘zero emissions’ for those who are concerned about global carbon output.

If researchers have solved the technological gap of the ‘threshold required for commercial fusion energy’ the next step is, well, ‘commercialization’.

That requires significant input costs to bring it to a neighborhood near you. The good news is, thanks to $100/barrel oil, there is a player in the field who might be very interested in making that jump — oil companies themselves.

If Biden had the wisdom to tell America something along the lines of ‘I have decided to restore America’s energy independence and make it even better.’

He would actually have something like the legacy he’s been leaning so hard to the left in hopes of becoming the left’s next FDR.

As I said, this would be two birds, one stone.

Imagine if he said restoring oil energy independence was the interim step, and that he was putting a policy in place to reinvest a portion of all new energy revenues into this new fusion technology.

There are a couple of ways he could accomplish this — he could divert a percentage of taxes taken in from energy companies to investing in this new tech.

A better way would be some kind of a dollar-for-dollar tax saving to any money these energy companies reinvest into (directly or indirectly) developing and building fusion tech.

And why would Big Oil want to invest in fusion?

Simple. It would put them on the ground floor of a very lucrative new energy technology. And since we will still need petroleum for plastics and some transportation applications, they can have their cake and eat it too.

One last thing. Remember how everyone has been denouncing everything they don’t agree with as ‘Russian Disinformation’?