Another big corporation is finding out the hard way that you can’t help whip up the racial grievance divide without having that come back to haunt you.

We’ve come a long way from the Al Sharpton and Jesse Jackson days of ‘support my cause or else’.

The latest generation of the ideologies taking root play by new rules and aren’t so easily bought off as they were in earlier generations.

Google, for one, was bending over backward to show itself an ‘ally’ to identity politics of every stripe, to the point of punishing non-compliance by stripping the ad revenue that pays the bills from websites that don’t toe the line of politcs, or else they throtte their reach in the search engines.

Google changed some of their H/R policies, and Damore dropped the suit.

“As a result of our lawsuit on behalf of James Damore and several other Google workers and job applicants, Google has changed some of its workplace policies to address some of the concerns raised in our lawsuit,” she said in a phone interview. —FoxNews

Fast forward to 2022, when the corporate culture, if anything, is even more desperate to show the world how committed they are to identitarian politics.

But that hasn’t shielded them from accusations of racial discrimination — this time against their black employees.

A lawsuit filed on Friday accuses Google of systemic racial bias against black employees, saying the search engine company steers them to lower-level jobs, pays them less and denies them opportunities to advance because of their race.

According to a complaint seeking class-action status, Google maintains a “racially biased corporate culture” that favors white men, where black people comprise only 4.4% of employees and about 3% of leadership and its technology workforce.

The plaintiff, April Curley, also said the Alphabet Inc. unit subjected black employees to a hostile work environment, including by often requiring they show identification or be questioned by security at its Mountain View, California campus.

…Curley said Google fired her in September 2020 after she and her colleagues began working on a list of desired reforms.

“While Google claims that they were looking to increase diversity, they were actually undervaluing, underpaying and mistreating their black employees,” Curley’s lawyer Ben Crump said in a statement. —NYPost

One more thing. Since the context of these accusations matters, here is a photo of the woman alleging she was discriminated against because she was an ‘angry black woman’. 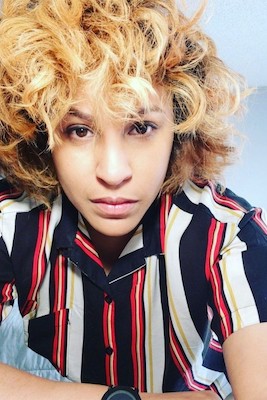 If the name Ben Crump sounds familiar, it should. He’s the lawyer who has inserted himself into all kinds of high-profile racial lawsuits — including the George Floyd, Breonna Taylor, Jacob Blake, Michael Brown, and Trayvon Martin cases, among many others. He’s well on his way to making Al Sharpton look like a second-rate ambulance chaser.

Did Google do anything wrong in this case? Or have they helped foster a culture where anyone with the slightest grievance will lawyer up and cry ‘bigot’?

It’s hard to say, really. But if they’re honest, even allowing the presumption of innocence, that they did nothing wrong… they helped build the culture where anyone with a gripe can call their lawyer and blame racism for… almost anything but the weather. (And sometimes… even for that.)