How many times should we tolerate being deliberately lied to and manipulated by government officials before we say ‘enough’?

Have we come to the point where they have so profoundly corrupted themselves and their reputation that their word is worthless?

We now live in a world where Canada’s military used coercive psyop ‘nudge’ techniques to push their civilians into meek obedience to the Covid protocols and we have dozens of ‘intelligence experts’ signing their name to a document claiming that Hunter’s actual laptop — complete with a receipt signed by Hunter, and corroborating outside facts including the other recipients of emails and one Business Associate who confirmed many of the details himself — was ‘Russian misinformation’.

We went to war over Weapons of Mass Destruction… and then blamed Dubya — not our intelligence officers on whose reports we relied! — for the fact that nobody found any.

Time and again our ‘intelligence experts’ are making unfounded statements that seem made for the explicit purpose of shaping public opinion and pushing an outcome some DC desk jockeys with glorified titles want to see happen.

Now they’re admitting they have been doing the same thing with their public pronouncements about the Russia/Ukraine conflict.

Some of the announcements being made could have dangerous or even disastrous results — like what it had been claiming about China.

This is precisely the kind of predicate that could make China and Russia decide together that America is a threat they need to unify against.

Do we really need to explain in small words that even DC flunkies would understand why THAT would be a bad thing?

Here are a few examples of the lies we’re being fed.

NBC News says the U.S. had been accidentally right with its intelligence* claims that Russia was going to launch a military operation. 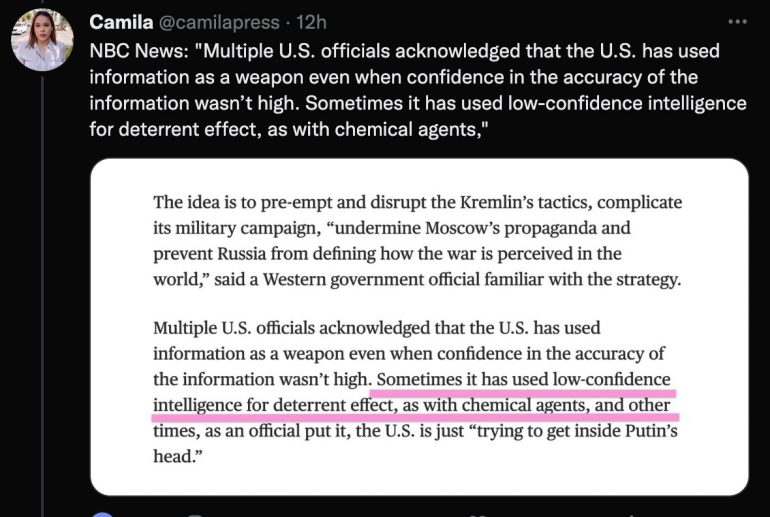 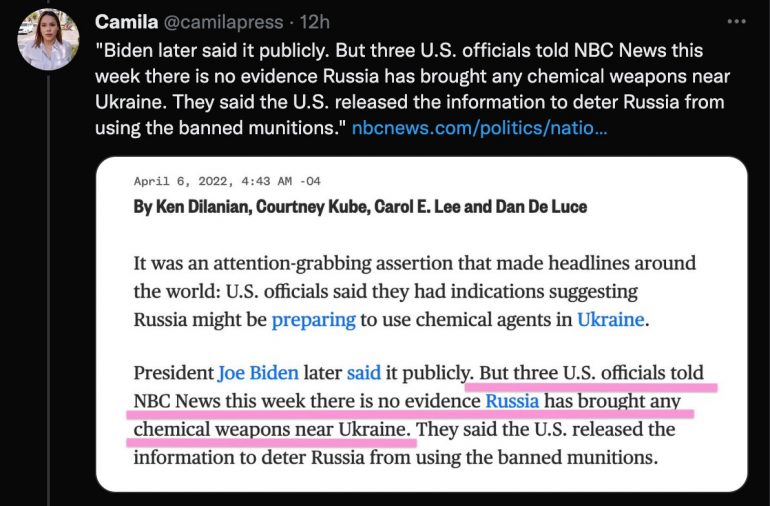 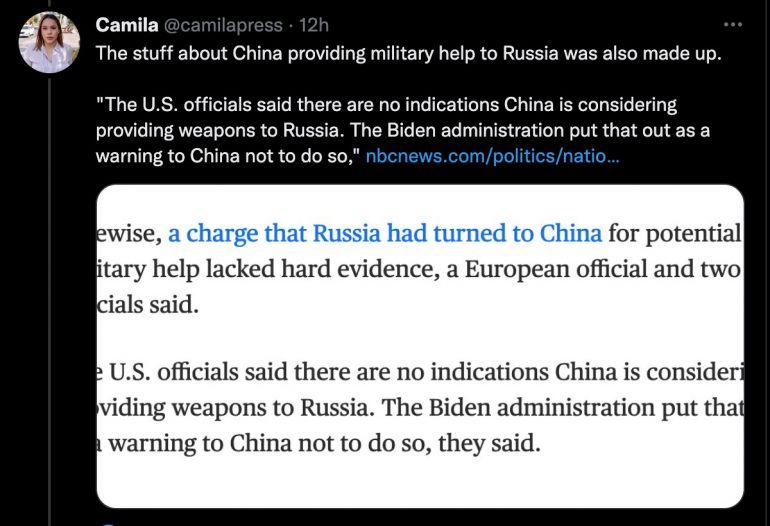 When we say ‘drain the swamp’, what we really mean is we need to find out where the ‘permanent bureaucrat class’ has been unaccountable and lawless, and either bring them back into line, reform the branch, or — in many instances — close the department entirely.

A Democracy only works when the citizens are informed. In a moment where it’s very trendy to call everything you disagree with ‘disinformation’ the one form of disinformation that should MOST concern us are the so-called public servants who feed us a lie and call it the truth.

As we have increasingly seen in the last few years, this is by no means an isolated issue limited to a few people in one department.

It doesn’t matter if it’s Homeland Security, or Fauci and his dubious grants to EcoHealth Alliance, or abuses in the FBI, or Foreign Affairs, or the CIA or … or … or…

What matters is that telling the truth is a requirement of the job. And looking the public in the eye and knowingly shoveling this kind of horses#^t should be — at a minimum — a firing offense for any public servant, especially one with real responsibility.

And if you want to hit them where it really hurts? Revoke their clearances so that they can’t have access to some of those ridiculously high-paying jobs that always seem to be waiting for such people after their term as a ‘public servant’.