They should’ve called it CNN- since it’s been such a dud.

Shortly after publication of this article, it was announced that Warner Bros. Discovery has decided to shut down the CNN+ streaming service.

The headline has been updated accordingly.

CNN digital chief Andrew Morse will also be leaving the company after a transition period. https://t.co/XgCn1yF7so

Chris Licht on the closure of @CNNPlus: "This decision is in line with WBD's broader direct-to-consumer strategy. In a complex streaming market, consumers want simplicity and an all-in service, which provides a better experience and more value than stand-alone offerings."

That doesn’t mean that all of the programming will be canceled, however. WB Discovery wants to bring all programming of various brands under one streaming service rather than having niche services.

"David Zaslav, the chief executive of Warner Bros. Discovery, has said that he wants to house all of the company's brands under one streaming service. Some CNN+ programming may eventually live on through that service." https://t.co/KRXYya0wUx

That might also accurately describe the content of the shows which features some of CNN’s on-air “talent” in new programming like “Jake Tapper’s Book Club”, Wolf Blitzer (allegedly) “reporting” the news, and parenting advice from Anderson Cooper.

So, expecting people to pay monthly to watch CNN recycle unlikeable cable news hosts like Don Lemon, the Dumbest Man on Television™ who has been credibly accused of sexual assault, to host a talk show which is clearly out of his very shallow depth wasn’t a good idea?

Who could’ve possibly seen that coming?

So far, CNN has dumped $300 million and created hundreds of jobs to launch a streaming service that has managed to attract a dismal 150,000 subscribers in its first 3 weeks.

CNN+ execs were hoping to attract 2 million subscribers in the first year and 15-18 million over four years, but that projection now just looks like wishcasting.

CNN was playing the long game with their streaming service. The original plan had CNN+ profitable in 4-years after a massive investment of $1 billion over that period, but the lackluster response already has new owners Warner Bros. Discovery making cuts.

Axios published a headline that says that “CNN+ looks doomed.”

Warner Bros. Discovery has suspended all external marketing spend for CNN+ and has laid off CNN’s longtime chief financial officer as it weighs what to do with the subscription streaming service moving forward, five sources tell Axios.

Why it matters: Inside CNN, executives think the launch has been successful. Discovery executives disagree.
Source: Axios

It appears to be a mismatch in visions for what CNN should be going forward. Discovery execs want CNN to return to journalism, but the new streaming platform doesn’t have much “news.”

Discovery executives are focused mostly on returning CNN to its journalistic core, a point Warner Bros. Discovery CEO David Zaslav reiterated in a town hall last week. That includes less of a focus on primetime perspective programming, and more of a focus on hard, breaking news. CNN+ features an array of soft news content, which doesn’t align with Discovery’s broader vision for CNN.
Source: Axios

Discovery hasn’t made a final decision on what the future holds for CNN+, but it’s not looking good.

Back before the official launch, the new service was hyped by Brian Stelter both on his show and in an accompanying article.

The General Manager for CNN+, Alex MacCallum, told the Eunuch Potato that the measure of success would be subscriptions.

Two weeks ago, Tech Crunch reported that the streaming service had a rather embarrassing start.

From the article, “the CNN app, which now houses the new streaming service, added about 18,000 installs on the day of launch. During the seven days ending March 22, it had an average of 9,000 installs per day.”

In a saturated media environment where Regime Media is desperate to keep viewers, CNN+ was failing on grabbing eyeballs.

Last week CNBC reported, “Fewer than 10,000 people are using CNN+ on a daily basis two weeks into its existence, according to people familiar with the matter.”

Who thought that this would be a good idea? CNN has been losing viewers for years in its bid to compete with MSNBC while still trying to suggest that they’re an “unbiased” news source.

How can you trust a “news” service when they aren’t even honest about who they are?

After 18 years at Fox News, Wallace quit his job at the most successful cable news platform to head over to the sinking ship that is CNN… and he didn’t even manage to get a job with their cable lineup. His contract was for a plum CNN+ show.

We’re thrilled to welcome Chris Wallace to CNN as an anchor for @CNNPlus. His new weekday show will feature interviews with newsmakers across politics, business, sports and culture & will contribute to CNN+’s slate of live programming available at launch. https://t.co/6dgFzBd2QT pic.twitter.com/h8djkxClsB

Biz Pac Review reported that Wallace was already regretting the decision to leave Fox News after Jeff Zucker was unceremoniously booted out as CNN’s head back in February.

Jon Nicosia, media observer and president of “News Cycle Media” a Facebook news aggregator, was told by a source that Wallace is having “daily breakdowns” and demanding that he be given Chris Cuomo’s old timeslot.

SOURCE: Chris Wallace is “having daily breakdowns” over the “miserable launch” of @CNNplus. Wants a “CNN show or is threatening to walk” they go on. “He is having staffers count how many times a day his promo is playing”

Can you imagine just how thrilled Chris Wallace must be about his decision now? 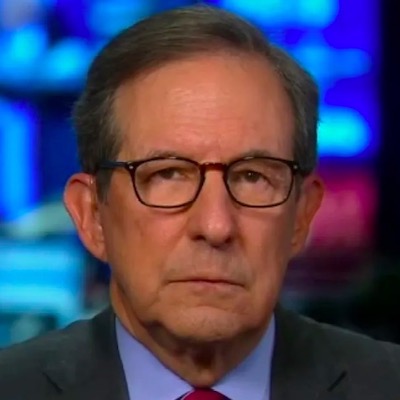 I don’t know about you, but the way he “moderated” the 2020 Presidential debate doesn’t make me very sympathetic to his plight.

Frankly, he and CNN+ deserve each other… for however long that lasts.