All those DC Democrats who insist the border is not in crisis need to look this young man’s parents in the eye and explain to them why their son had to die.

It was never the job of the Texas National Guard to secure the National border. That is explicitly a Federal responsibility. But because Biden and Harris have made a political decision in refusing to secure the border, others — who lacked the specialized training or tools of actual Border Patrol agents — were left to do that work themselves.

That is how 22yo Specialist Bishop Evans found himself on the Rio Grande river in April of 2022. Two people were illegally crossing the river into the American side and got in over their heads. Evans swam out to help save their lives.

That act of courage was the very last thing Bishop Evans ever did in his young life. 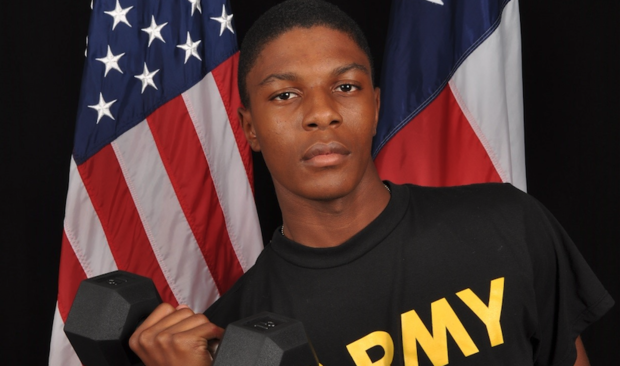 The people for whom he risked his life were not good and wonderful people looking for a better life. They are both being charged as drug smugglers.

And yet, his name will not be appearing on t-shirts in Democrat activist rallies. The Congressional Black Caucus will not be performing any symbolic acts in his honor. Ben Crump and Al Sharpton will not be meeting with his family and scolding politicians responsible for events that led to his death. There will be no organized activist vigils where people chant ‘say his name’.

We fully expect that Bishop’s story will be quietly set aside by the media in the same way that other names have been set aside and forgotten.

We could go on and on about which stories are remembered and which are quietly tucked away.

Because Bishop’s death will be added to the long line of names that must quickly be forgotten and fall out of the narrative because it serves the ‘wrong’ cause. It helps the ‘wrong team’. The mere mention of it reminds people of a political problem that must never be spoken of or admitted. Democrat malfeasance at the border.

Meanwhile, another man — also black and who also died an untimely death — was treated very differently.

This other man became the face of a movement. The BLM movement. A movement we have since learned, that did a great job of fleecing people out of millions while using that donor money to elevate their ‘trained Marxist’ founders and fund such a privileged lifestyle that BLM became synonymous with ‘buy large mansions’.

Before the movement had run its course, activists leveraged the unfortunate death of one man under the knee of a cop into some kind of an iconic sainthood martyr status. Candles were made with his image. His name became known internationally.

Al Sharpton and Ben Crump, naturally, cashed in on his name and his story.

But even the criminal conviction didn’t prove that the death had anything to do with a cop’s racial animus. That never even came up in the court case.

Nor was George Floyd a particularly good man. He had drugs in his system when he encountered the cops, had a rap sheet, and the incident was sparked by passing phony currency.

But our system and our news media are so broken and corrupt that America will remember the name of George Floyd forever, but forget the name Bishop Evans before this day is out.