The conversation began casually enough, with the mention of one player missing a game for health reasons. Then it took a hard turn into all the places we’re not supposed to talk about.

The funny thing about a dishonest narrative… because it’s a lie, it won’t square properly with reality. Inevitably, true statements about the real world will conflict with what we’ve been told to believe.

It started with a simple conversation about one player’s heart condition. It snowballed from there.

This is from a main stream sports channel in Australia pic.twitter.com/HJHWAlEpRg

The soccer player in question was ‘subbing out of the game for nausea-slash-heart reasons, he spent time in hospital’.

That was a simple, straightforward statement of fact. Harmless, right? But he kept talking.

‘It’s a big unknown as to when he will play again.’

So far, so good.Still standing on safe ground.

‘It may be as soon as this week, but nothing coming out of the club.’

And then the banter started between various members of the panel. We do our best to transcribe but there is a lot of cross-talk, and we might get some details wrong. See the video for the full exchange. Each change in speaker in this banter is indicated with dashes. Notice how they start throwing disclaimers to distance their own personal opinions from the conversation once they realize which direction the conversation is moving:

Uh-oh. Is this going where we think it’s going?

— ‘… and are you, Bernie, referring to the booster shots…’
— ‘Or the contracting of Covid’
— ‘The word going around.’
— ‘Look, it’s being discussed, but I haven’t been able to get an official line on that from anyone attached to [the player] at this stage. But there, the question is being asked and put to me and others, including yourself, by a lot of people about a possiblity of that.

Can’t get an official line, huh? Strange. What could possibly account for that? Maybe Hans Christian Anderson could shine some light on that story? 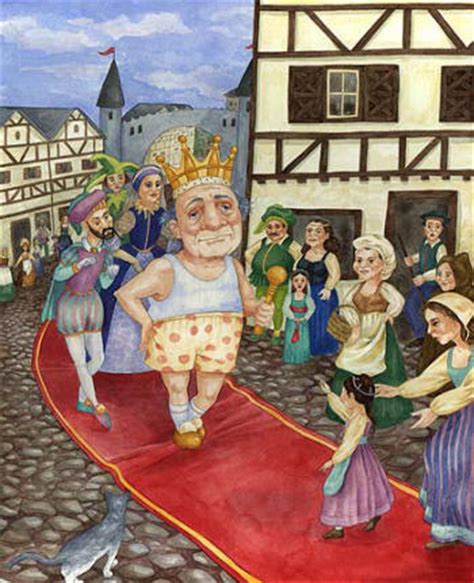 Could figures today be captivated by the same fear of speaking honestly that the characters in the fairy tale were trapped in?

Their conversation is gaining speed now and it’s about to go somewhere entirely unexpected.

Remember, official government narratives work in theory, but it only takes a few convincing pieces of evidence to tear the whole edifice down. Live TV can be such an interesting medium once you inject unguarded, unscripted conversation. Cutting back to their banter:

— ‘But it’s not just the heart issues, I mean (gesturing to another man on the panel) delving into your private affairs, you’ve got Bell’s Palsy at the moment which, hopefully you’re on the back end of that, but there’s a bit of that going aroud as well.

— Exactly. It’s got heart issues and Bell’s Palsy has gone through the roof since the boosters and Covid issues. And we had [name] on Friday night and he said there’s a ward filled with people with similar symptoms to [the player] so there has to be something more to it.

— (hand out in the ‘no, wait, let me explain’ gesture) And, just, we’re not anti-vaxxers, we’ve all done our due diligence with our booster shots and all that sort of stuff, but there is going to have to be some study done on this, not just in a sporting sphere, but in a community …

— A-a-a-and you’re right there. We don’t want to get into the space where we’re not experts in at all [interrution: we do that every Sunday] but when it comes to the medical side we try to stay clear.

The question is, will any of them still have a job to back to NEXT Sunday?