If things go the way Biden wants them to, enough people to populate another Houston will come across the border in a calendar year. America simply cannot accommodate an influx that big.

Beginning at the 3:00 mark, Maria opens with the story of the missing Texas National Guard soldier who was last seen trying to help 2 ‘migrants’ who seemed to be drowning. They turned out to be drug mules, and have since been arrested.

We do not yet know the whereabouts or condition of the Guardsman who has gone missing.

At the 5 min mark, Abbott begins to talk about the landmark deal he negotiated with his Mexican counterparts in which they agree to take initiative in securing THEIR side of the border.

The Texas National Guard has turned back nearly 15,000 people.

They go into the fentanyl deaths and trafficking. For example, in Harris County Texas, one person dies every day due to fentanyl overdose.

He pointed us right back to where those drugs are coming from: Mexico delivers drugs that originated in China.

China is actively trying to subvert and destroy America, yet hardly anyone is taking this threat seriously.

He talks about Title 42 and the numbers that will be streaming in when that is revoked.

This is the graphic Maria mentioned that really hammers the point home: 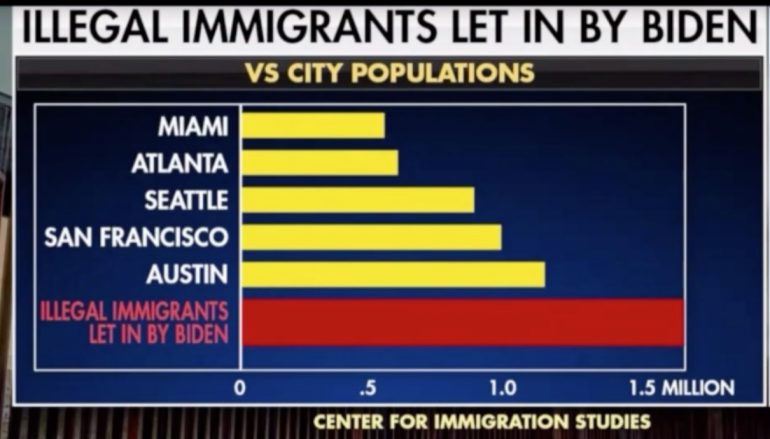 As for that plan to bus illegal immigrants to D.C.? He explained the rationale for that, and the public response to it both those who supported it and Biden’s attempt to block it.

He pitched the Borderbus website for anyone who wanted to drop the problem on Congress’s doorstep rather than have Texans (or other border communities) flounder under the weight of so many people coming in with nowhere to go.