The partisan Regime Media is so disgusting that they’re willing to exploit a mass shooting to push partisan division.

How do they look at themselves in the mirror after this?

An 18-year-old white gunman shot 10 people to death and wounded three on Saturday at a grocery store in a Black neighborhood of upstate New York, before surrendering after what authorities called an act of “racially motivated violent extremism.”

Authorities said the suspect, who was armed with an assault-style rifle and appeared to have acted alone, drove to Buffalo from his home several hours away to launch the afternoon attack that he broadcast in real time on social media platform Twitch, a live video service owned by Amazon.com (AMZN.O).

Eleven of the 13 people struck by gunfire were Black, officials said. The two others were white. The racial breakdown of the dead was not made clear.

Court papers named the suspect as Payton Gendron of Conklin, a town of about 5,000 people in New York’s Southern Tier region near the Pennsylvania border.
Source: Reuters

The teen appears to have planned the racially-motivated attack months in advance and drove hours to commit the attack.

CNN’s Dana Bash asked House Speaker Nancy Pelosi (D-CA) if the attack can be blamed on “right-wing politicians and commentators.”

CNN’s Dana Bash asked Speaker Pelosi if right-wing politicians and commentators are to blame for the horrific Buffalo mass shooting. How divisive. pic.twitter.com/SL7aB5sGLR

But this is apparently the new talking point.

News of the shooting is trending with “Tucker Carlson” who has spoken about the low white birthrate in America and the influx of immigrants — including the Broken Border that the Biden-Harris administration seems to have no trouble leaving open to the delight of the cartels.

This is the kind of garbage @elonmusk needs to fix. Remember, this is manually curated by twitter employees. There is only one person responsible for this cowardly act and that’s the shooter. Using 10 dead people to smear Tucker Carlson is disgusting. pic.twitter.com/abKhtYBqI1

Sure Tucker has been highlighting this on his show — but this is nothing new. The Regime Media has been saying the same thing for years.

Funny how it’s suddenly a problem when a Fox News commentator says it on his popular show.

Really, if this was a racist attack largely based on “replacement theory” as the media claims — then they should be lambasting the New York Times for their “irresponsible”, “racist”, and “dangerous” rhetoric because they’ve been on this for a long time.

The biggest proponents of great replacement theory have been liberals, who constantly and fiendishly celebrate in the pages of the major newspapers about how white people are dying out, they hope.

You want to know who is radicalizing killers? The New York Times. pic.twitter.com/2F43I4wlhT 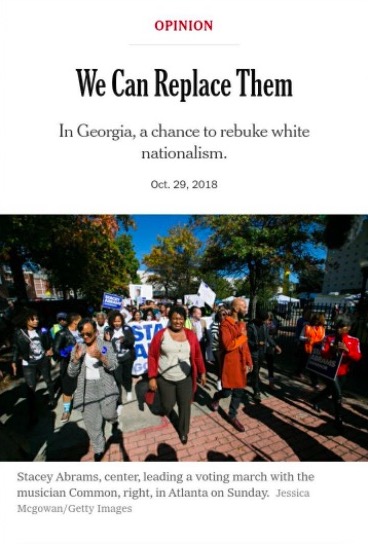 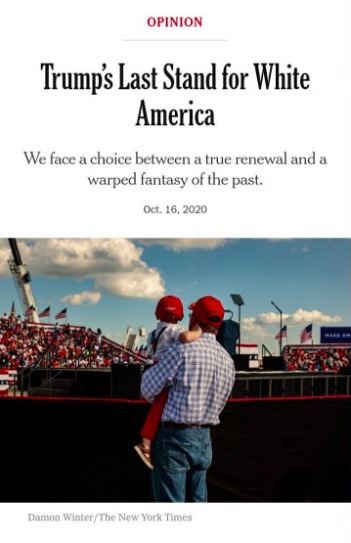 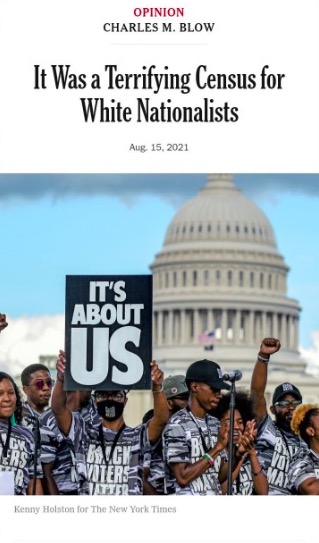 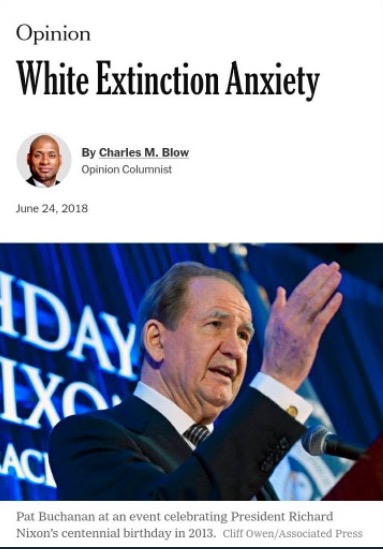 Pair that with Critical Race Theory being pushed in math classes along with the pathologizing of “whiteness” pretty much everywhere, and they’re getting the violent reaction that they have been claiming is rampant for years.

But if you were able to read the manifesto, you’d see that the shooter himself rails against Fox News and calls himself a former communist who has moved to the “mild-moderate authoritarian left” category on the political spectrum. 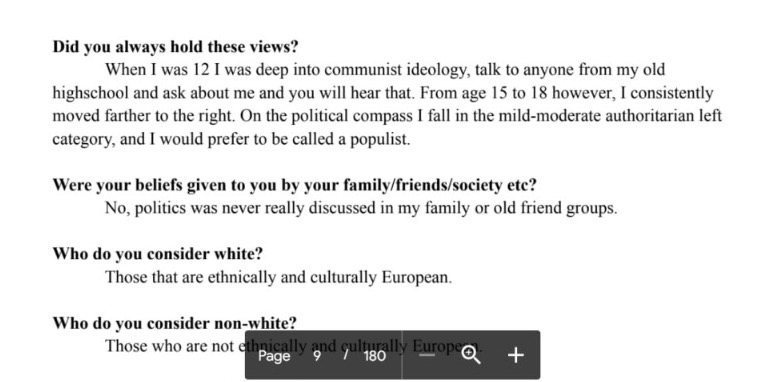 Twitter bans people for linking to these documents even though it helps us understand what is true and what isn’t.

I can’t post it but what I said above is true and verifiable.

On the left, the cover of the Buffalo shooter’s manifesto.

On the right, the logo of the Azov battalion. ? pic.twitter.com/uZCzcQzyCu

The Azov Battalion is part of the Ukrainian military that has been labeled a white supremacist/Nazi organization.

NYT Op-ed from 2020. The Christchurch shooter claimed to have visited Ukraine. He wore the same symbol as Azov.

The Buffalo shooter today wore the same symbol and wrote in his manifesto that the Christchurch shooter was his inspiration. pic.twitter.com/rpjVQStkPp

Here’s how the New York Times described a symbol on the jacket of Brenton Tarrant, the New Zealand mosque shooter, in 2019. The Buffalo shooter unequivocally cites Tarrant as his primary inspiration. How do you think the New York Times would handle the issue today pic.twitter.com/DMN8fyLZtP

Also in the TIME article: “an arm of the Azov movement” used the manifesto of the New Zealand mosque shooter as a recruiting tool. Again, the Buffalo shooter unequivocally cites the New Zealand shooter as his direct inspiration pic.twitter.com/Y4HMEtI7MX

Remember, the House just passed $40 billion in funding to Ukraine that will include handing over weapons to Azov. Fantastic work, guys. Truly incredible stuff, right there.

Gendron wrote all over his gun in white paint justifying his shooting spree just as the Christchurch shooter did.

Photos of the gun show that he wrote the name of a victim of the Waukesha Christmas Parade attack by an anti-white racist BLM supporter that quickly disappeared from the news cycle.

Photos emerged of the rifle used by Payton Gendron, 18, that appear to show the misspelled name of Virginia Sorenson, as well as that of a possible other parade victim, on its barrel, the Daily Beast said.

Gendron added the n-word and, “Here’s your reparations” on the firearm, sources told The Post…

…Sorenson, a 79-year-old white woman, was one of six people killed during a Christmas parade in Waukesha, Wisc., last year when a black man plowed his SUV into a crowd of celebrants. Suspected killer Darrell Edward Brooks endorsed attacking whites on social media before the horror.

Authorities said that before Gendron’s slaughter, the teen wrote a 180-page manifesto focusing on the “great replacement” theory that argues immigrants are being purposefully brought into America to skew electoral results.
Source: New York Post 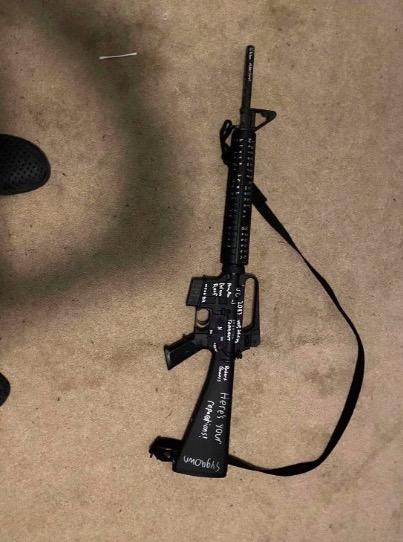 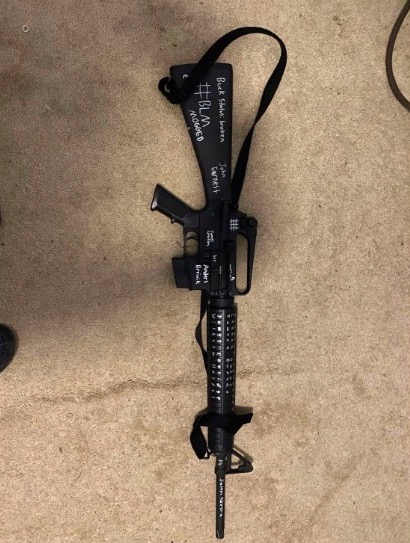 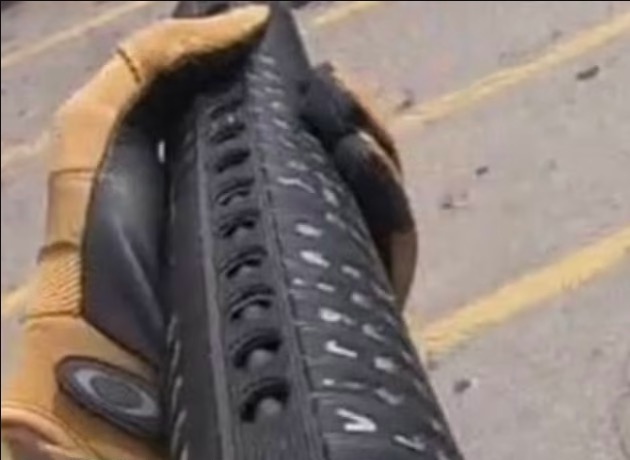 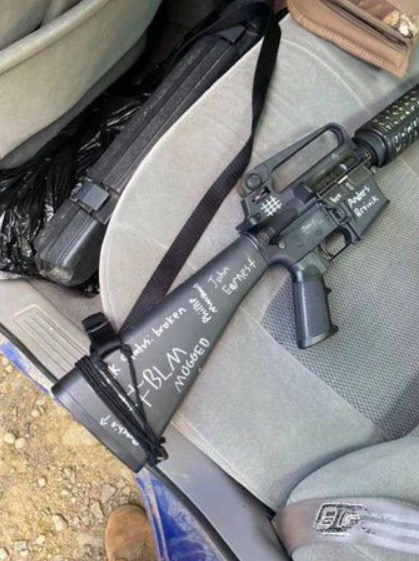 It’s absolutely disgusting what this guy did.

Speaking of Wisconsin… 21 people were shot in multiple incidents just blocks away from each other after a Bucks game.

Multiple shootings in one night. 21 people were shot in a crowd by more than 10 shooters.

We call it Killwaukee for a reason. This is absolutely insane.

But that’s not the thing grabbing the headlines, is it?

Oh, and if you were wondering if Payton Gendron had been on anyone’s radar before this incident — the answer to that is yes.

The FBI must’ve been too busy investigating parents who were angry at school board meetings and categorizing them as potential “domestic terrorists” instead of looking into the guy that turned out to be a mass shooter.

I guess his leftwing politics wasn’t a concern for them.