With rifles and at least one ballistic shield on hand, their entry was STILL delayed by at least 58 minutes. Could the lives of some of those 21 victims have been saved?

They say a picture is worth a thousand words. In this case, that’s true and then some. Here’s the picture. Notice what the police are armed with, including the rectangular object in the lower right corner of the photo. 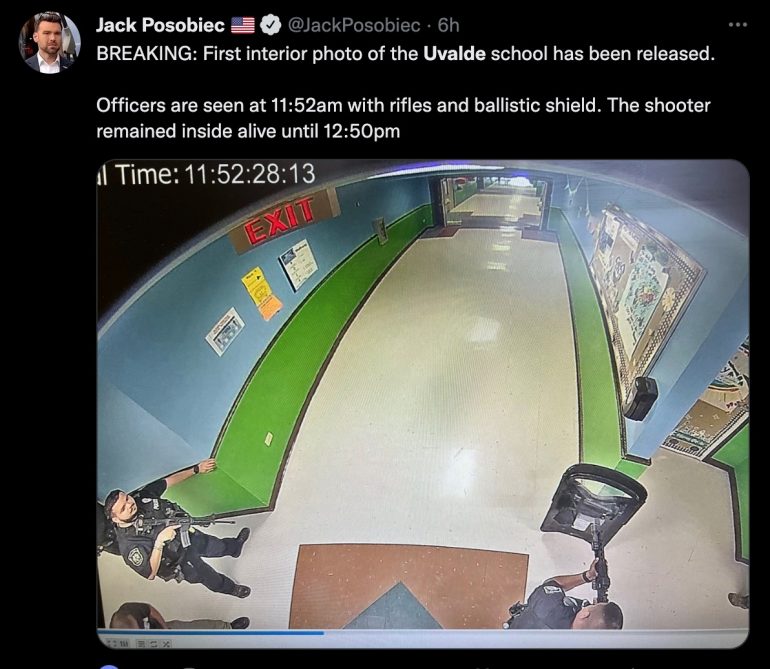 We see at least two armed law enforcement officers in this photo time-stamped at 11:52. The ordeal didn’t end until 12:50. This image was captured almost an hour earlier than the moment when the killer was dropped like a rabid dog.

That’s an awfully long time for children to be alone with a predator who’s picking them off one by one.

Multiple police officers armed with rifles and at least one ballistic shield were at the site of the Robb elementary school mass shooting in Texas within 19 minutes, earlier than previously known, according to a timeline in documents reviewed by local media.

The information revealed by the Austin American-Statesman and KVUE-TV is to be presented to a public Texas Senate hearing in Austin on Tuesday.

…According to the outlets, which did not indicate the source of the documents, investigators said the latest information indicated officers had more than enough firepower and protection to take down the gunman long before they finally did.

The timeline the American-Statesman and KVUE reported from the documents included footage from inside the school that showed the 18-year-old gunman casually entering a rear door at 11.33am, walking to a classroom and immediately spraying gunfire before barricading himself. Video showed 11 officers entering the school three minutes later, the outlets reported. —Guardian

When asked why there was such a long delay before anyone put an end to the killer’s rampage, the official explanation included claims that police lacked the proper equipment (including rifles and ballistic shields) to confront him.

That story is very difficult to reconcile with what we see in the photo above.

They arrived at the scene very promptly. But that only means help was on the wrong side of that door for even longer than we first believed.

Another reason given was that police couldn’t find the key to open the locked door. But was the door actually locked as they claimed? Maybe, maybe not.

It’s now an open question and under investigation.

The new development in the investigation of the shooting came just days after Chief Pete Arredondo of the Uvalde Consolidated Independent School District Police, the incident commander during the May 24 mass shooting at Robb Elementary School, defended his actions and claimed the delay in breaching connecting classrooms 111 and 112, where the gunman was holed up was because he was waiting for a janitor to get the key to the door.

But surveillance footage showed that neither Arredondo nor any other officers taking cover in the hallway outside the classrooms ever attempted to open the door before receiving the keys to the two connecting classrooms. That means there were 77 minutes between when the alleged 18-year-old gunman entered the school through an unlocked door and when police fatally shot him, a source with knowledge of the investigation told ABC News. —ABC

While they sat around and made their excuses, one guy took action and has a bullet wound to his head to prove it. 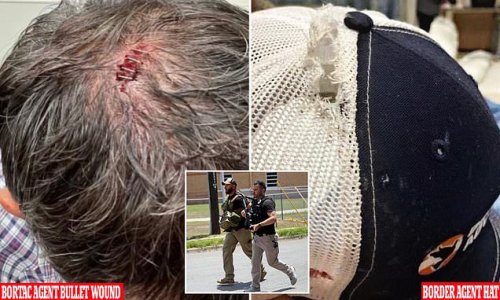 Suddenly this makes a lot more sense. They’re afraid of the public finding out exactly who made what decision. 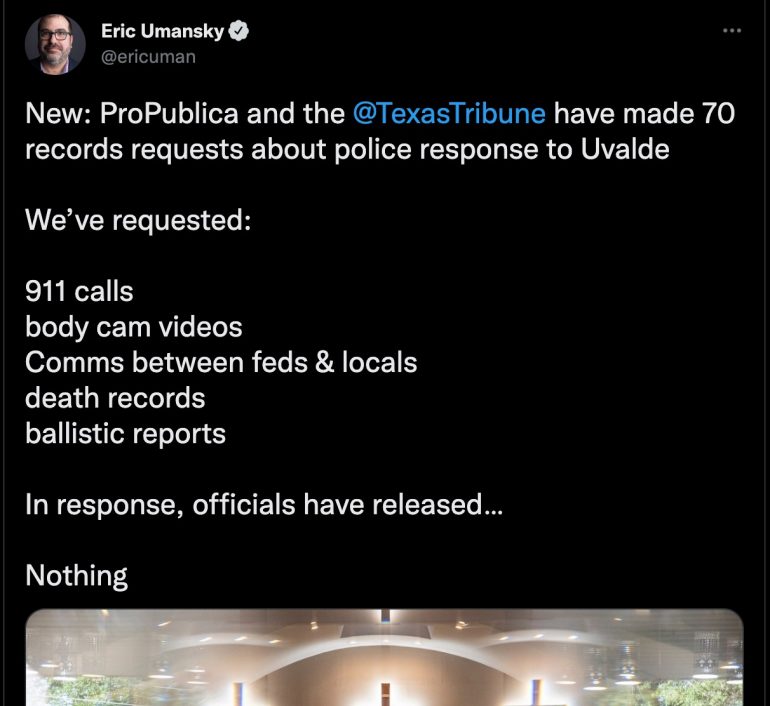 Now their refusal to cooperate — and the fact that they’ve lawyered up makes a lot more sense.

There’s plenty of time to sort out who did what. But if the facts lead where it looks like they will, Heaven help any one of them who has to look those parents in the eye and admit: ‘when it came down to a choice between the lives of those children or ourselves, we saved our own skin’.