If John Cornyn or Mitch McConnell thought this rushed gun bill would get a rubber stamp and smooth sailing out of the Senate, they didn’t include Rand Paul in their calculations.

He isn’t interested in pushing laws through just because there is a public outcry to do something. He cares about whether the laws being pushed through will conform to this little thing called the Constitution.

He’s not so sure the bill they are trying to pass meets that criterion.

Here he is explaining why in his own words.

He begins by acknowledging the problem that sparked the calls for legislation in the first place.

He opens with support for something in the bill he can respect:

Before turning to the parts that raise red flags. (Pun intended)

If there’s anything he’s been predictably consistent on for his entire political career, it’s this: he takes the Constitutional protections of the citizen very seriously. This case is no exception. 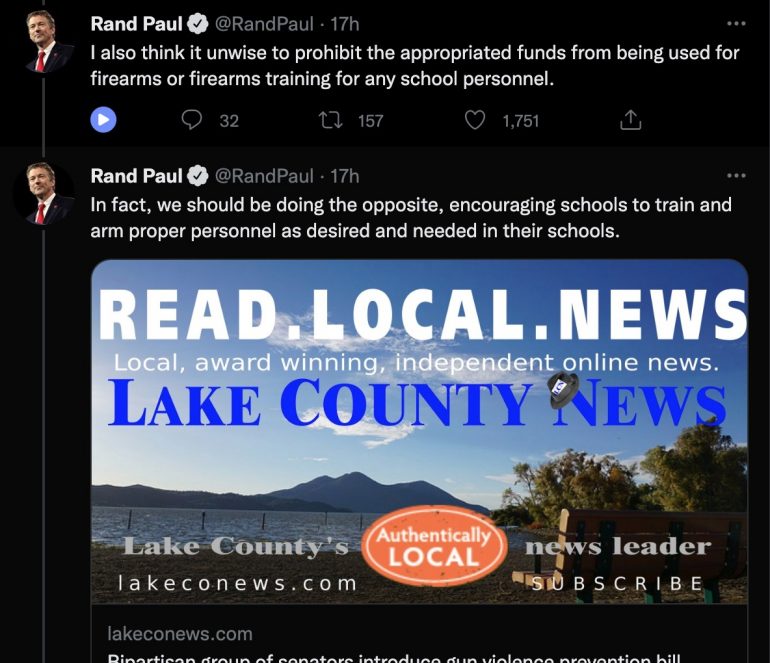 The process was rushed through without proper debate, and Sen. Paul wants the public to understand that.

If McConnell was hoping for the unanimous consent rubber stamp with no debate on a process that was hammered out in backroom deals so this can be done and dusted before everyone heads off for their summer vacations, he will be disappointed.