Never to miss such an opportunity, the panderer-in-Chief did not let this crisis go to waste.

More than 100,000 Americans have died of fentanyl poisoning due to the unsecured Southern Border since the 46th President took office… making it the #1 cause of death for young men. Biden has nothing to say bout that.

Major American cities have unprecedented spikes in violent crime. Here are just a few of the multiple-victim shootings in Chicago so far this year.

There have been 28 separate instances so far this year in which 4 or more people were shot in a single incident in Chicago … so far THIS year. That number goes WAY up when you include incidents with 2 or 3 victims. 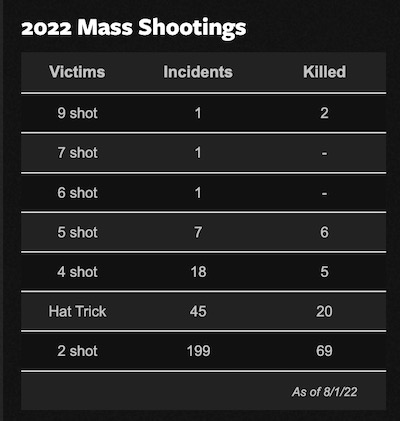 Joe’s reponse to any of those killings? Crickets.

But 4 murders in New Mexico managed to catch his attention and get his blood boiling. 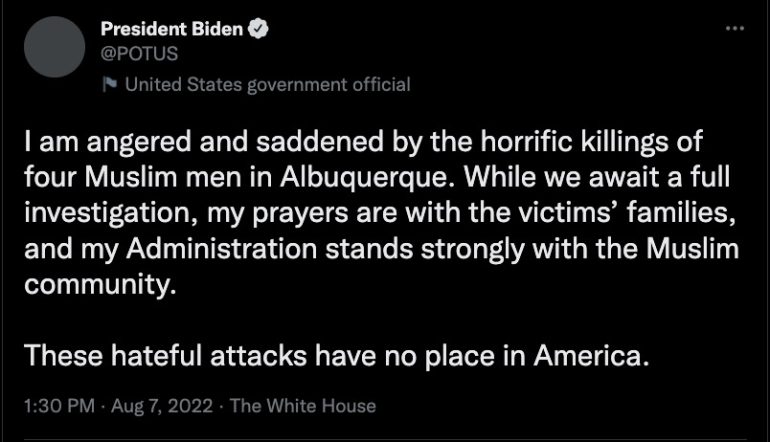 Kamala got in on the pandering too…

This wasn’t a tragedy to team Biden, so much as an opportunity.

It’s a chance to both pander to interest groups and to trot out his favorite foil. This was ‘obviously’ a ‘hate crime’. Joe got his chance to reinforce his base’s bigoted assumptions and prove his Woke bona fides.

And then along came the police with a heavy dose of reality. It was what you might call a good news/bad news story.

The good news? The police found their fugitive. The bad news? It wasn’t QUITE who they thought it might be.

It may well have been religiously motivated hatred… just not the kind Joe Biden is accustomed to calling out.

According to the New York Times, president of the Islamic Center of New Mexico Ahmas Assed, a mosque where at least there of the victims had attended, said that authorities told him the suspect is a Sunni Muslim, who may have targeted the victims because he was angry that his daughter had married a Shiite Muslim.
Within hours of the community praying for the deceased Muslim victims on Friday, Naeem Hussain, 25, was found shot to death hours after attending the service, according to Albuquerque PD.

Suddenly this story is not fitting neatly into the left’s oppressor/oppressed matrix.

What will they do now? We all know the answer, don’t we? They’ll drop it and move on.

The very same fears that Biden had fanned and tried to exploit, local police had to calm:

A Muslim immigrant from Afghanistan has been arrested as the prime suspect in the serial killings of four Muslim men that rattled the Islamic community of New Mexico’s largest city, police said on Tuesday.
After days bolstering security around Albuquerque-area mosques, seeking to allay fears of a shooter driven by anti-Muslim hate, police said on Tuesday they had arrested 51-year-old Muhammad Syed, one among the city’s Islamic immigrant community. — Reuters

It wasn’t some kind of an angry white supremacist like the rumors had reported. It was a Muslim from Afghanistan. 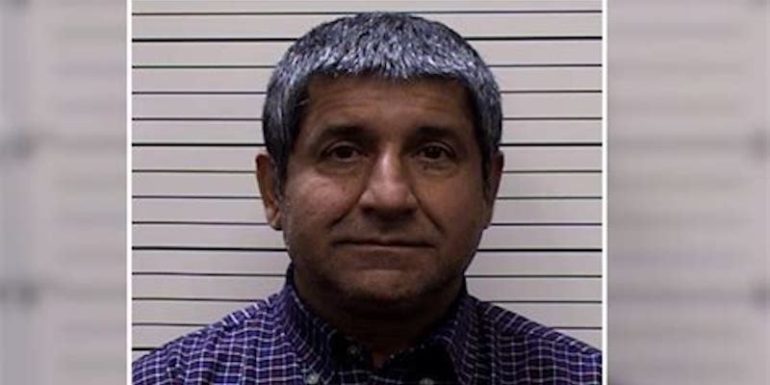 And Andy Ngo bringing the receipts. 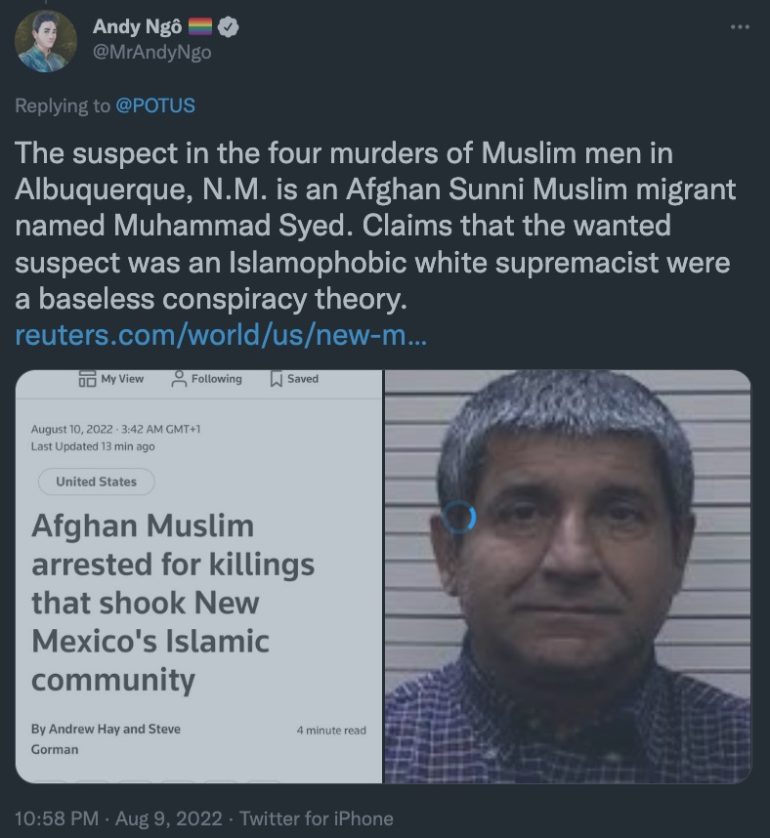