The record shows the exact opposite.

Here is a partial list of Leftist violence witnessed most recently:

Here’s a sample between June 2016 and September 2018 which would bring us to the equivalent point in Trump’s presidency. 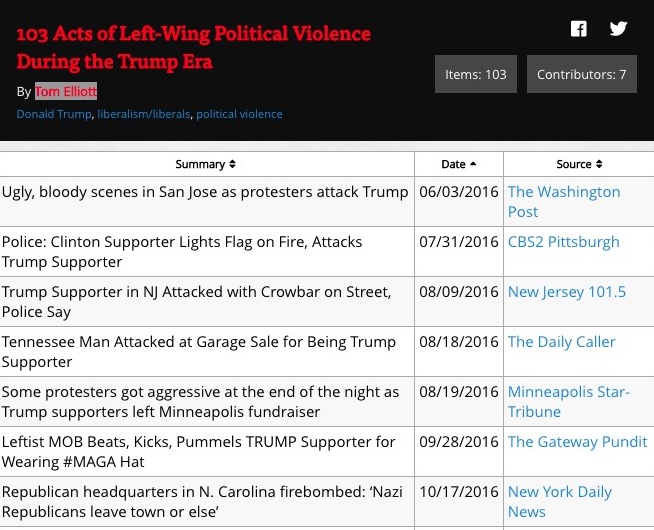 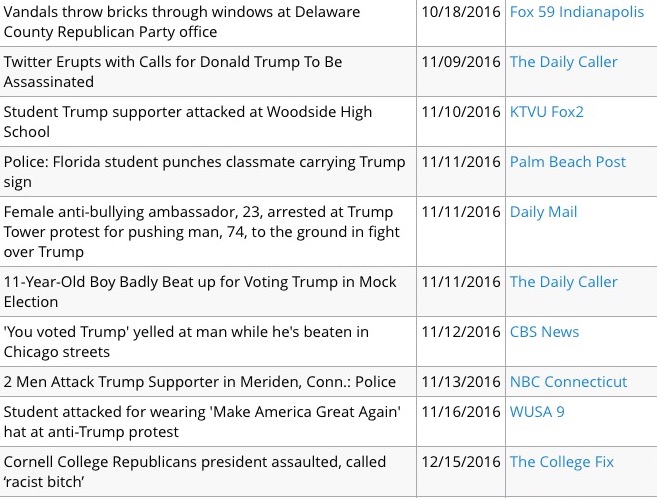 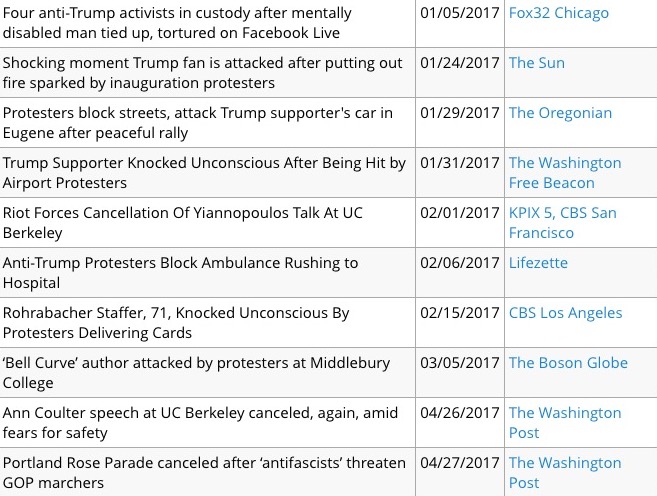 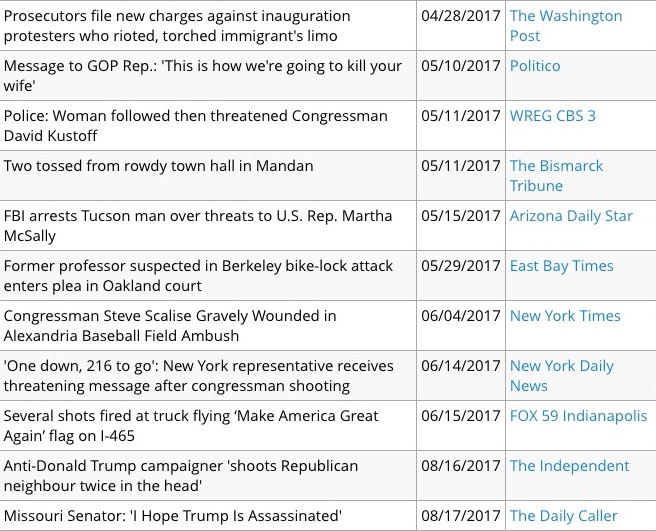 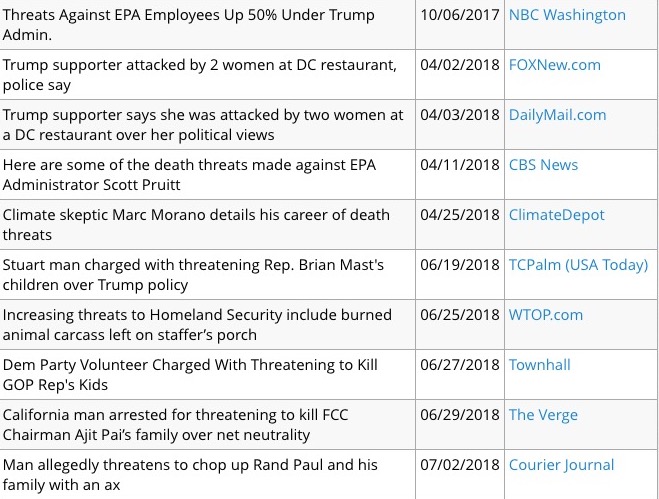 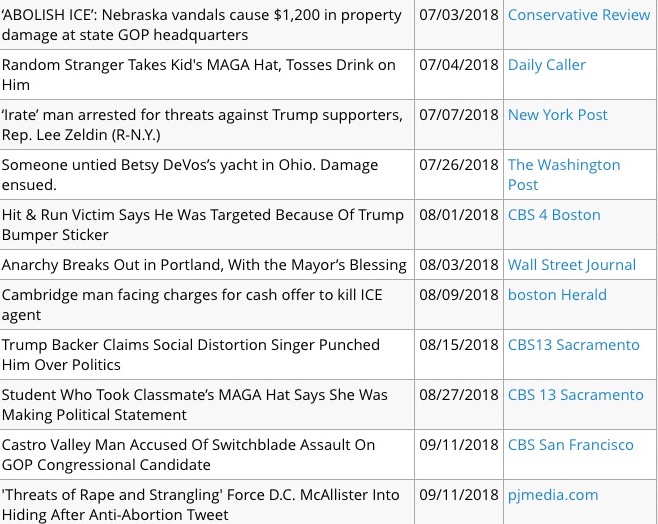