The North American leaders smiled and waved at their adoring fans seemingly oblivious to the heckling and mockery.

President Joe Biden and Canadian Prime Minister Justin Trudeau were in England for the solemn occasion of the funeral of Queen Elizabeth II, but it seems that there are some Brits that aren’t big fans of two of the most clueless world leaders.

Biden, who insisted on taking his armored car to the funeral rather than hopping on a bus with other esteemed guests, was running late for the church service because of the crowds in the streets waiting to pay their respects to Britain’s longest reigning monarch.

As his car slowly maneuvered through the streets, a familiar chant could be heard as he smiled and waved at the crowd… see if you can make it out.

They even chanted “F*ck Joe Biden” in the UK today too… 🤣 pic.twitter.com/MYXHZsL1b4

A robust chant of “F*ck Joe Biden” mixed with its more palatable euphemism, “Let’s Go, Brandon” can be heard from the crowd. Nice.

Meanwhile, hot on the heels of his mediocre, lispy hotel lobby karaoke, Canadian Prime Minister Justin Trudeau was jeered as he shook hands with people in the crowd.

“Trudeau you fascist bastard” – even across the ocean in the UK Justin Trudeau cannot escape the contempt of the people and a robust heckling. pic.twitter.com/g7knVdOVfw

Well, it looks like some Brits aren’t big fans of the pair of leftist leaders in North America.

Gee, can’t imagine why that would be… 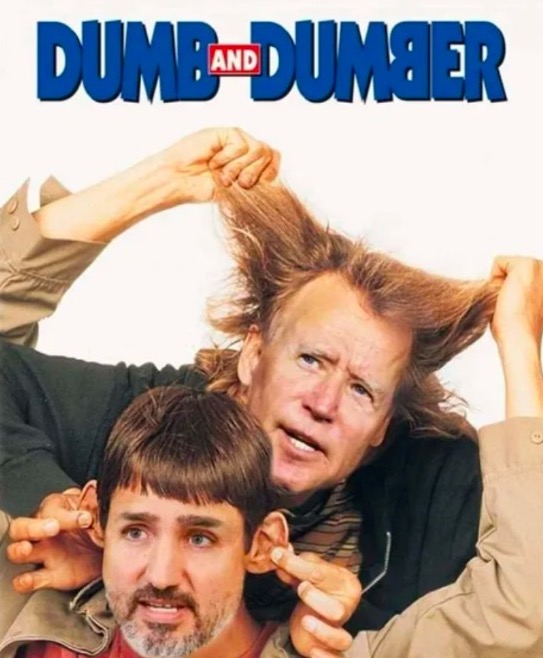