The sabotage of Nordstream is becoming a geopolitical whodunit. Especially since there were no witnesses to the crime. Nobody wants to take either credit or blame, but an attack as sophisticated as this one on an armored pipeline at the bottom of the sea could only be pulled off by a few top-tier international actors.

Even the ordinary follow-the-money question of ‘who stands to gain by this?’ isn’t so easy to answer.

Like any good whodunit, you could easily present compelling evidence to damn any of the plausible suspects — Russia, USA, Europe, China, Finland, or even Ukraine — and present reasons why each could party use this development either to further a financial goal, a political goal, or a military goal.

Newsmax has an example of positing Putin as the culprit.

Russian President Vladimir Putin has two goals in mind behind the Kremlin’s alleged sabotage of the Nord Stream 2 pipeline, including undermining Western resolve and shipments of weapons to Ukraine and dividing the West, as well as winning the propaganda war around the world, top intelligence expert John Jordan tells Newsmax.
… “This is what they’re trying to do: Raise the temperature, increase the fear level in Europe — both in terms of escalation in the nuclear domain — as well as threaten widening the war into the Baltic and threatening to undermine or negate Europe’s efforts to mitigate the loss of Russian natural gas,” Jordan said on Newsmax’s “John Bachman Now.”
“Because they can’t win on the battlefield, they have to win in these other spheres; and that’s what they’re trying to do.” –NewsMax

That story was given in a direct response to Tucker Carlson’s program reminding the world of a curious statement Joe Biden made about the same pipeline way back in February, in the weeks leading up to Putin’s violation of Ukraine’s sovereignty for a second time.

Biden said that, if Putin invaded, there would ‘no longer be a Nordstream 2’. Sadly, Joe was late to the party of opposing the leverage

Until we finally came to the brink of war, Senate Democrats including Chuck Schumer (funded by Putin-aligned lobby groups) consistently blocked Republican legislation proposed by Ted Cruz to reinstate Trump-era sanctions on the Nordstream 2 Pipeline. These are sanctions that had been lifted once Biden took office.

What happens if the pipeline is shut down?

It changes the balance of power in a few ways.

A critical source of Europe’s energy is cut off. Energy prices will skyrocket, citizens won’t have the heat and electricity they need to run their homes, and if they do, it will be prohibitively expensive. Europeans are already stockpiling alternative energy sources like wood and coal… just in case. Energy is the lifeblood of heavy industry. If German manufacturing goes dark, it will drag Europe’s economy down with it.

Russia gets to see Europe suffer economically, which would make sense after all their declarations that the war Putin is currently waging is not a fight against Ukraine, but NATO. On the other hand, with the pipeline busted, Russia sees its cash cow wiped out as well as any negotiating leverage they would have over Europe in the coming winter.

The other motivation for Putin might be the messaging back home. He just got his ass kicked with some major battlefield setbacks and could really use a rally-around-the-cause issue. If NATO generally or the US specifically attacked their pipeline, he could attempt to frame this as an attack on Russia itself.

What about USA? There are a few different fations there.

The hard-left, Gaia-worshiping Green New Deal types will love it. They would see white, colonialist, patriarchial Europe as getting what’s it deserves. The decrease in Europe’s wealth and carbon footprint would just be the cherry on top.

This would be good news for energy exporters in America… if Joe would get out of the way and let us drill. But it would be economically bad for the rest of us. Any Americans using gas or electricity will want to buckle up. We live in a global market and the demand for what natural gas IS available just got a lot higher.

Another name we haven’t heard mentioned who would stand to gain a lot from this event would be China. They’ve already been buying ‘sanctioned’ Russian natural gas at a discount and reselling it on the global market. It’s a sweet deal for them. They get to enjoy middle-man markups without any of the work.

Putin just reminded us all of why this is such a high-stakes game to play… especially for a bipedal turnip like Joe Biden.

Here’s the thing. If it turns out that Putin didn’t do it, he will naturally assume it was the West. What would escalation look like?

Tucker has a few scenarios that would be a really big deal even without Russians escalating to full kinetic war with us. They’re chilling to contemplate.

Tucker Carlson talks about just one way Russia could retaliate for the sabotage of the North Stream pipelines:

Russian President Vladimir Putin said the United States had created a “precedent” by using nuclear weapons against Japan at the end of World War Two, in a speech filled with hostility towards the West delivered from the Kremlin on Friday.
Fears of nuclear war have grown since Putin said last week he was “not bluffing” when he said Russia was prepared to use nuclear weapons to defend its territory.
Announcing on Friday that Russia was annexing four Ukrainian regions, he said Russia would use “all the power and all the means” at its disposal to defend its new lands from attacks by the West or Ukraine. –Reuters

Just peachy. On the knife’s-edge of the brink of something that could easily devolve into thermonueclar war, and we’ve got the guy who told Putin that America would NOT react to a ‘minor incursion’ of Ukraine and holding the Nuclear Football.

Some of us are old enough to have seen this movie the first time. 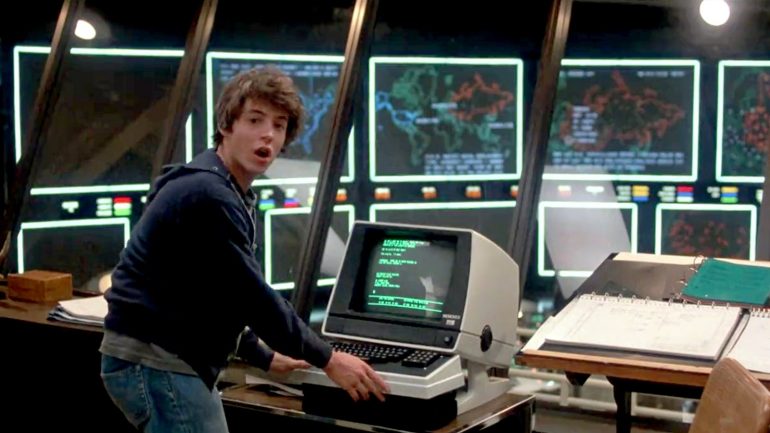 The only way to win a game of Thermonuclear War is by not playing it in the first place.

Obama told us ‘elections have consequences’. Now that so many special interests conspired (in the words of Time Magazine) to ‘fortify’ the election fo Joe Biden, we’re about to find out just how true that is.