Trevor Noah has been unfunny for a long time. His ratings have been low enough for long enough that he finally got the hook.

It takes a special lack of talent to run a show like the one he inherited from Jon Stewart into the toilet.

Love him or hate him, Jon Stewart knew how to make an audience laugh. He darted back and forth between news and humor in a way that let him play the ‘relax, it was a joke’ card, even when we all know he wasn’t kidding. But then he passed the baton to Trevor Noah.

Noah had the ‘political’ part down. He was about as partisan as you can get. But his jokes just didn’t land. The weird part is that he didn’t care if he was unfunny, so long as he was slagging the right team.

That gets tedious. Just look at the television ratings difference between any of the old guard of ‘late night comedy’ and the FoxNews upstart ‘Gutfield!’. Gutfield is kicking their ass because … Gutfield delivers actual punchlines.

Trevor Noah is on his way out.

But someone on his writing staff must have been listening to conservative content because The Daily Show just ran an actual funny bit. It just happened to be the SAME funny bit that the ‘Ruthless Variety Progrum’ (fans will understand why that is not a typo) has been using to mock Kamala’s word salads for months.

For a few months now, there has been a recurring ‘VP or Veep’ game on their podcast where they have to guess which quote was Kamala and which was Dreyfus’s airhead character from Veep. Let me be the first to admit, telling the real Kamala quotes from the scripted TV show word salads can be harder than it sounds.

Whether or not the timing of this coming AFTER Noah announced his departure was relevant, The Daily Show just ran this bit…

And they got dragged for it. 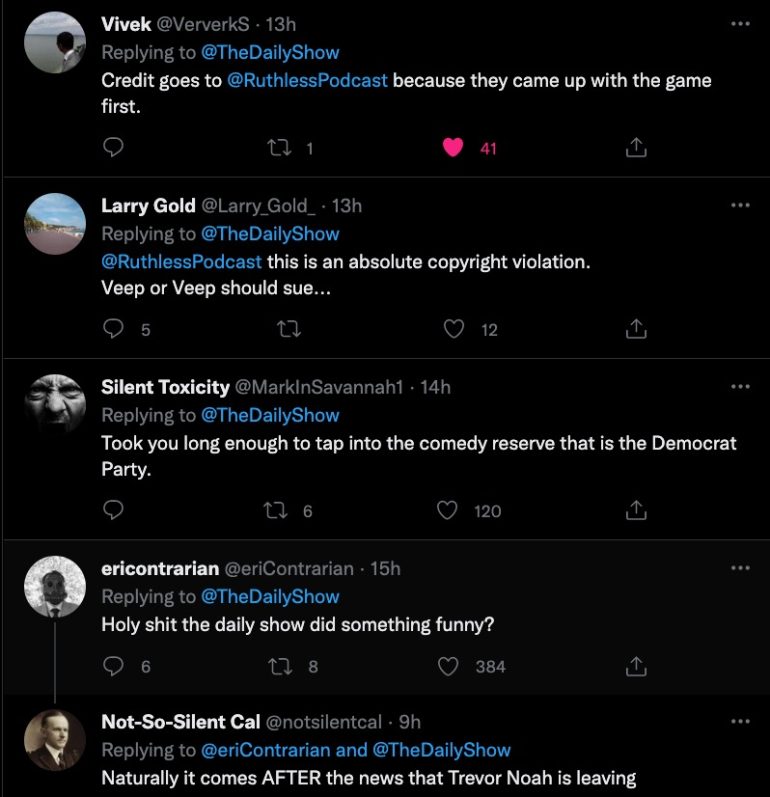 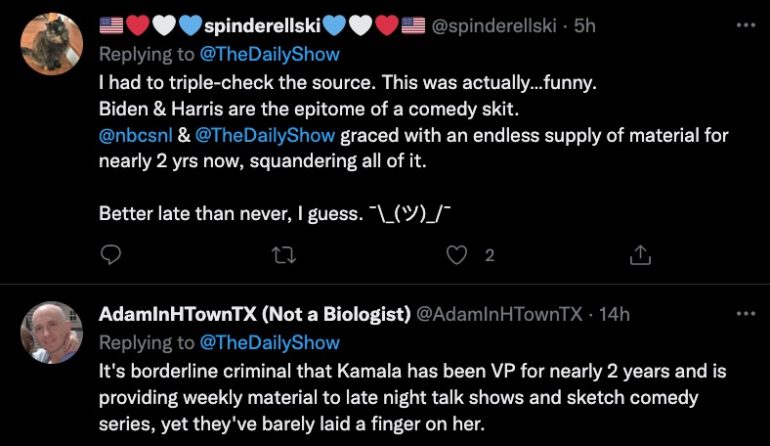 It was the worst of both worlds.

Not only was dragged for copying someone else’s comedy bit…

He was dragged for being a political hack who was too afraid to criticize his own team while supposedly delivering a ‘comedy’ product.

Maybe CNN has an empty chair Trevor could occupy. That seems more his speed anyway.