Kinsinger, most famous for his ability to cry on demand on camera at a kangaroo court tried to play the tough guy on Twitter. It did not go well.

Like so many other kinds of humor, meme culture is as popular as it for the same reason political cartoons became a cultural mainstay years ago. They don’t have to be TRUE to be funny, but in telling their joke they say the unsayable things, sometimes creating an opening for new conversations in political discourse.

A certain Danish cartoonist drew his depiction of Mohammad — specifically because of the violence that act whipped up in protest to his cartoon — kicked off an overdue conversation about religiously-motivated violence.

History is replete with examples that have something to say beyond what is shown in the image. For example: 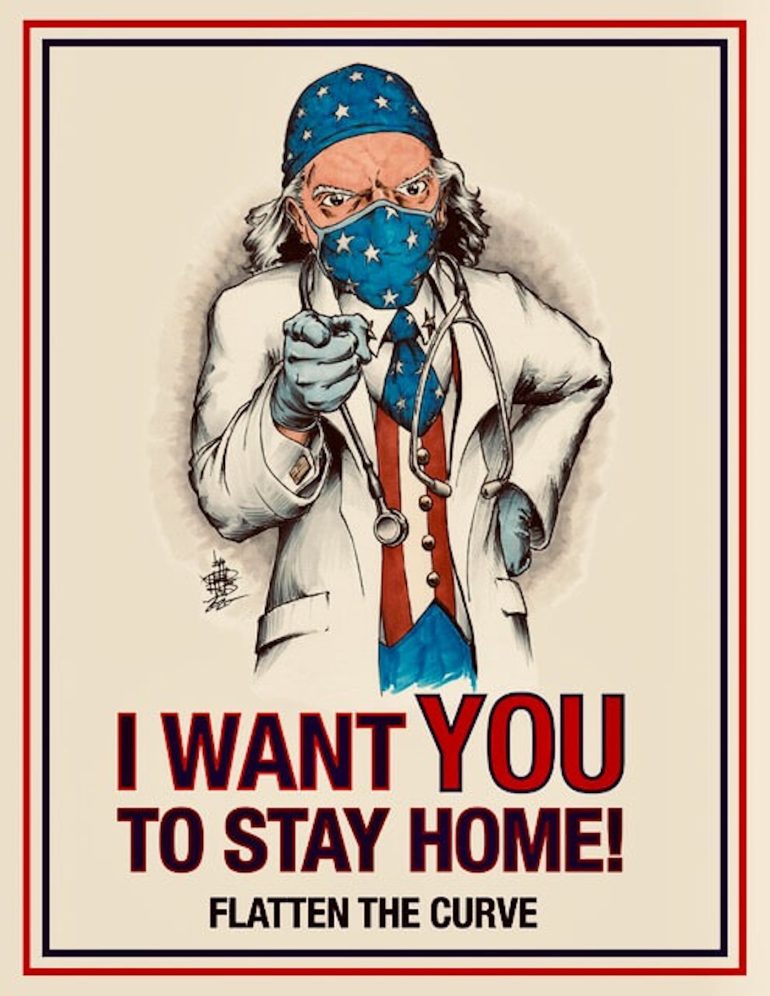 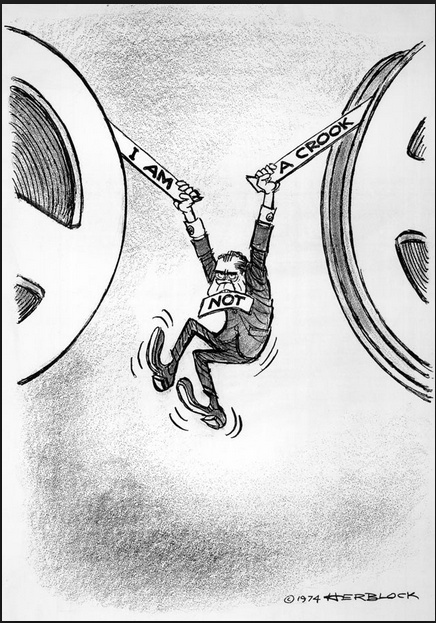 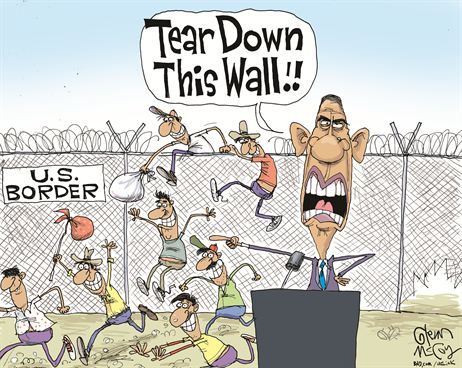 Each of these told a story.

And each of them used mockery to make their point.

Love it or loathe it, this is the nature of the medium.

Adam Kinsinger hasn’t quite figured out that one of the natural rights of the citizen that were confirmed (not granted) by the First Amendment is the right to say things without regard for whether someone else shared that view.

For example, watch what happens when Adam Kinsinger sees a mean tweet that upsets him.

We are in a proxy war with Russia whose effects on our own economy and military preparedness are not inconsequential. One might believe the war of attrition is exactly what China WANTS Western Forces involved in at a moment in history where China has been sharpening its’ knives looking to finally conquer Taiwan and bring it under Communist control.

But there is only one acceptable opinion of the current situation in Ukraine: full-throated support of a war that grinds on with no foreseeable conclusion.

Sitting congressman threatens violence against a U.S. citizen over laughing at a meme they found funny. 😂 I can’t stop laughing at this infant. https://t.co/97SCSxEEJi

That wasn’t the original version of the tweet. That was deleted, then rephrased and reposted. The first version was even more petulant. 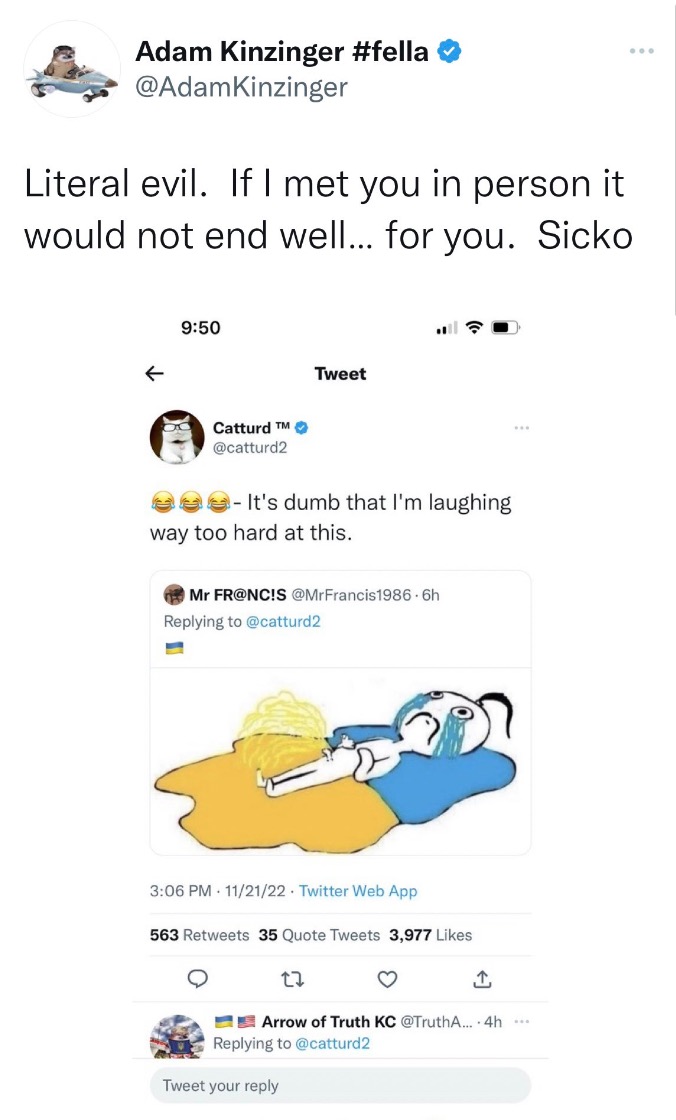 Some guy online with ‘cat turd’ as his handle laughs at a meme you don’t like and your first instinct is rage?

That’s a great way to tell the world you’re a gutless blowhard that hides behind unearned moral authority.

Sound like just the kind of ‘hero’ who would make faces at blind people, too.