As we await official results that tell us who gets the gavel in the House, even the New York Times is calling out DEMS for a critical failure on thier side.

New York is supposed to be the Bluest of Blue states, a veritable fortress of Woke. With control of the House and Senate relying on razor-thin election results, New York’s failure to deliver House Seats might even cost Pelosi her gavel.

While Republicans have been looking for scapegoats as a Red Wave failed to arrive, at least one NYTimes contributor ran a different kind of story.

As Democrats sought to maintain their narrow House majority in this year’s midterms, they counted on New York to be a crucial bulwark. Instead, as the party mostly outperformed dire predictions across the country Tuesday night, one of the nation’s most liberal states morphed into perhaps the most powerful drag on its chances.
…When they were done, Republicans had flipped four Democratic House seats, more than any other state, and had won a staggering prize: the defeat of Representative Sean Patrick Maloney, the House Democratic campaign chairman charged with protecting his party’s hold on Congress.
The Republican surge in New York, which also rattled Democrats’ hold on state races, did not result in an upset in the contest for governor. But Gov. Kathy Hochul’s five-point victory over Representative Lee Zeldin, a Trump-backed Republican, seemed paradoxically to have a coattail effect for Republicans, who won in areas where Mr. Zeldin performed well.
“It was a terrible night in New York,” said Howard Wolfson, a leading national Democratic strategist, summing up his party’s disappointment. “It’s infuriating that a night as good as it was for Democrats overall is undone by arrogance and incompetence here.” — NYTimes Nicholas Fandos

AOC — never short of an opinion, and always quick to assign blame as long as it is directed at someone else — weighed in.

Here she is blasting her own party in New York: 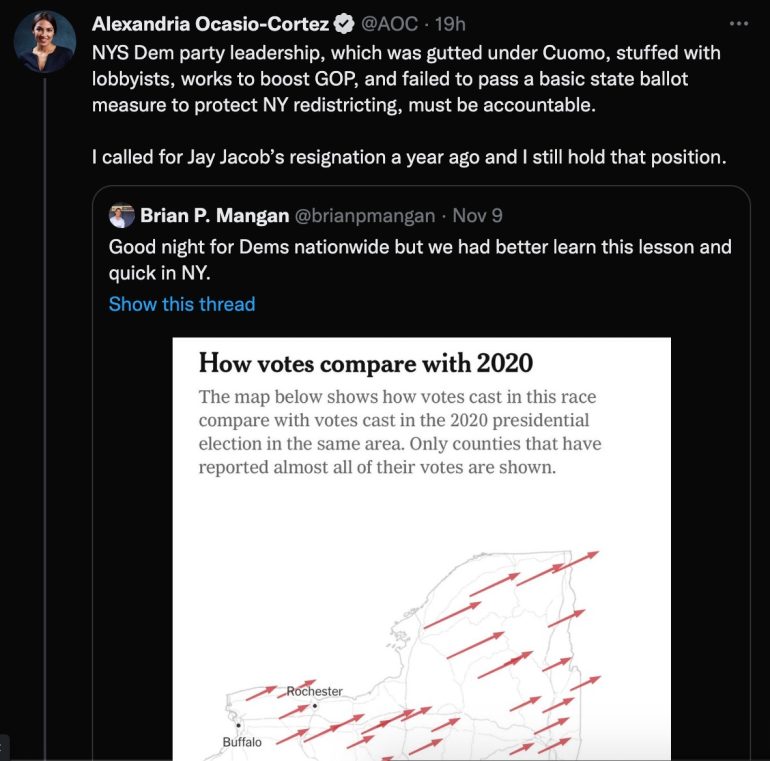 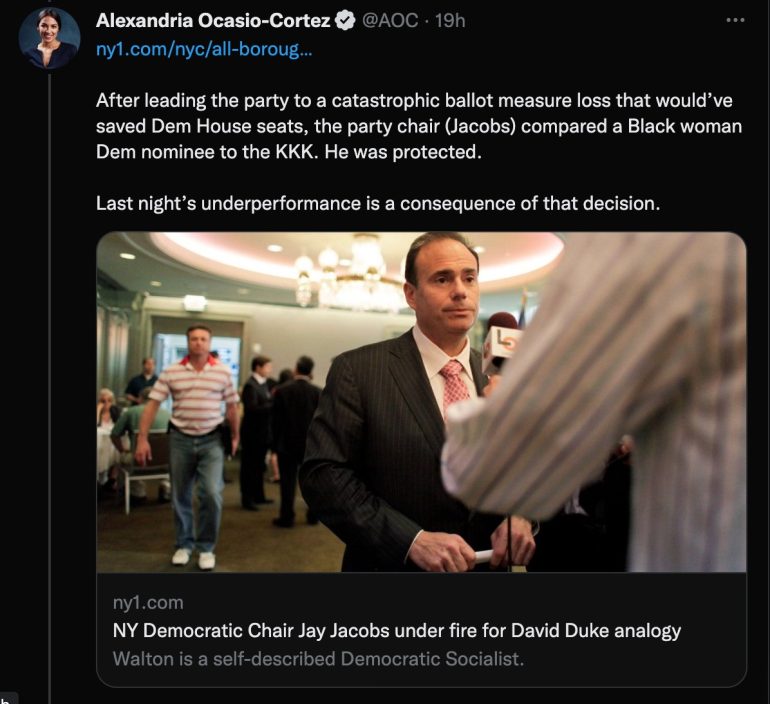 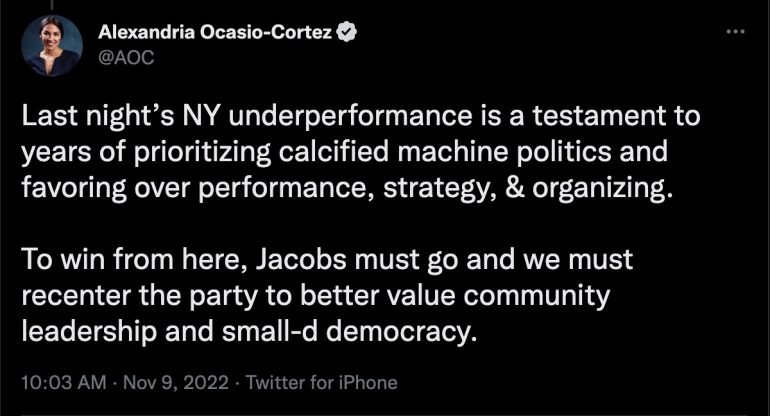 Yes, our side is licking its wounds. Yes, we have lessons to learn and people to call to account. But Democrats aren’t calling this a win either.

Pelosi looks like she’s about to lose the speakership. When the dust finally clears, we might even have taken back both gavels.

And remember, the senate race this year had far more Republicans than Democrats defending their incumbency. We had more to lose and less to gain.

We didn’t get the big win we wanted, but it wasn’t a rout, either.

That shoe will be on the other foot when 2024 rolls around.