The FBI is in rough shape, and House Republicans have the receipts to prove it.

“America is not America if you have a Justice Department that treats people differently under the law.” pic.twitter.com/VAegLVdCEw

The status and role of whistleblowers

Jim Jordan put out a tweet that was a direct shot across the bow for that memo Merrick Garland gave the DOJ, forbidding contact with Congress one day after Jim Jordan went public on Hannity talking about the work of whistleblowers. He reminded Merrick Garland’s staff that they have every right to speak to Congress. This tweet ALSO happens to be featured prominently in one of the opening pages of the 1050 page report that came out on Friday. 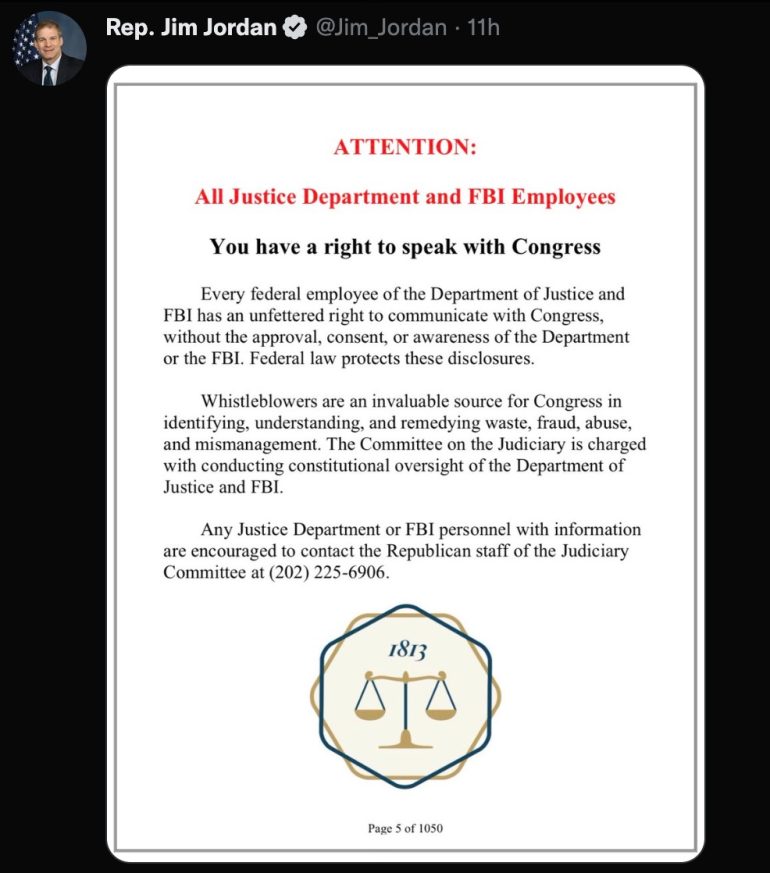 That kind of putting the Rogue DOJ Director in his place is pretty important, but not as important as something else Jordan just put out.

Here’s the title page of the report we’ll be talking about. 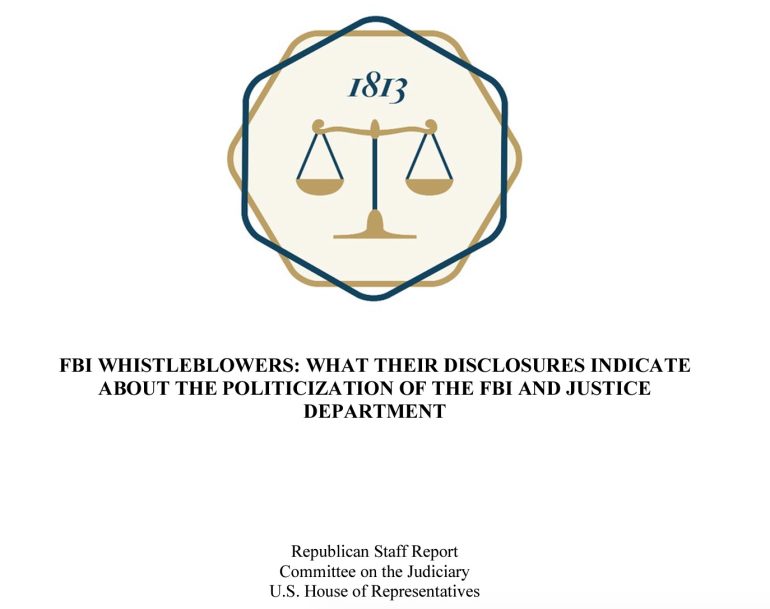 These Republicans are NOT here to mince words.

The whistleblowers Jordan was talking about on that show have been debriefed by Congress. The information they brought to light about how things are being run in the DOJ were enough to generate a 1050 page report detailing just how corrupt and politicized many aspects of the DOJ have become.

A report like that sure dovetails with what we’ve learned about what kind of investigations these people prioritize. One of the worst examples was when a whistleblower claimed he was pulled off of a child trafficking case that was ‘not a priority’ so that he could chase down someone in Florida who was present for J6, but after being waved in, did not commit any acts that could be construed as violations of the law.

Other examples would be the refusal to prosecute protesters outside the home of sitting court justices (a felony), known abortion activists who coordinated and/or committed violent acts against churches and pro-life institutions, ranging from threats of violence to actual firebombings (felonies, all) … but they were more interested in chasing down parents at school board meetings, pro-life protesters, or people flying the Betsy Ross flag. These sorts of points were even raised in early pages of the report:

What else was in the report?

You can fit a lot of information in 1000 pages. They summarized their key takeaways in point form: 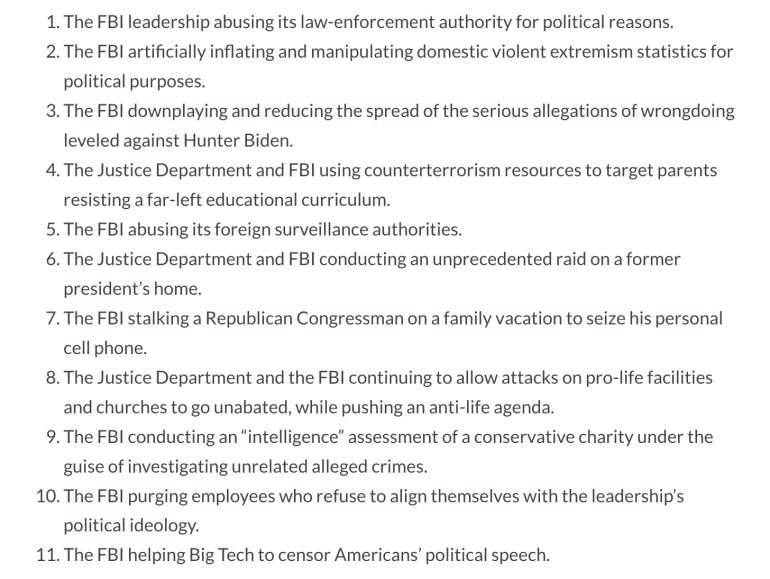 Using Facebook as a third-party spy, collecting personal information and giving it to the government as a work-around for Constitutional barriers forbidding the government from spying on a citizen without a judge providing a warrant? (We remind our readers that even the meaning of the word ‘warrant’ means to ‘make necessary’. 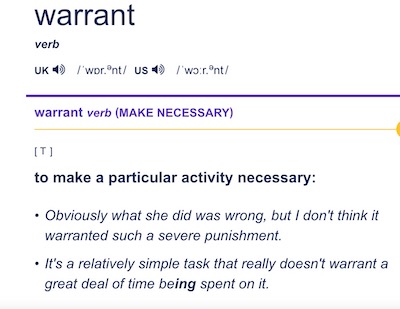 This is an important term because except in an instance where it becomes legally justifiable to spy on you, open your mail, tap your phone, etcetera, the government is forbidden to do so.

This means it is also forbidden for the government to call on a third party (individual or group) to do on their behalf any action they themselves are forbidden to undertake.

The report also reveals the previously unreported detail that a whistleblower or whistleblowers have alleged to the committee a “special relationship” between the FBI and Facebook that involved Facebook potentially sending its users’ private political speech to the FBI.
“As part of a program likely codenamed ‘Operation Bronze Griffin,’ the FBI allegedly accepts private user information from Facebook, but without the user’s consent or the legal process the FBI would otherwise need to independently pursue such user-related information,” the report states, alleging the information sent to the FBI is typically partisan in nature. — Breitbart

Remember that image of Lady Justice wearing the blindfold? The entire POINT of that metaphor is that she is to make the same ruling no matter whose case is in front of her. She is to be just as harsh with her ‘friends’ as she is with her ‘foes’. She is to be impartial, without playing favorites between the rich and the poor. And she is to be equally merciful to those who are wrongly accused, whether they belong to a favored group or not.

Without the blindfold, she cannot even BE just.

This report demonstrates that it’s been a long time since anyone could go to the Justice Department with confidence that the guilt would be punished and the innocent would go free. Guilt and innocence seems less a determiner to how you will be treated than who your friends (or enemies) happen to be.

And to think that Garland was *this* close to having a seat on the Supreme Court?

Come check out our new ClashDaily store featuring all kinds of gear, including a variety of ways to express your feelings of the Democrat corruption of a long-respected institution.