It’s probably not a good idea to hold your breath waiting for that.

New Hampshire Senate candidate Don Bolduc was the target of an unhinged Democrat attack on his way to debate his opponent, Senator Maggie Hassan on Wednesday night.

Supporters of Bolduc can be seen cheering as he approaches and one guy breaks from the crowd and attempts to punch Buldoc in the head, but the 60-year-old retired Army brigadier general managed to dodge the swing and was unharmed. The video later pans to show a banner supporting Senator Maggie Hassan amid the Bolduc supporters.

Don Bolduc’s campaign says he was the victim of an attempted assault tonight while walking into the debate. Someone tried to attack/punch him and was arrested, a spokesperson says. He wasn’t harmed.

WATCH: Unhinged assailant charges at NH Senate candidate @GenDonBolduc, tries to PUNCH him in the face as he walked into last night’s debate

Will Joe Biden call out this “threat to Democracy?”

New Hampshire’s Republican candidate for US Senate Don Bolduc was the target of a physical altercation prior to Wednesday’s debate against Democratic incumbent Maggie Hassan, his campaign says.
On Thursday, the Goffstown Police Department said a man from Rhode Island is now facing charges as a result of the ‘disturbance.”
Police identified the man as 37-year-old Joseph Hart of Greenville, RI. The arrest preceded a debate at St. Anselm College for the US Senate race featuring Bolduc and Hassan.
Source: Boston 25

“As the general said on stage tonight, it’s time to lower the temperature of the political discourse in this country. Prior to the debate, an individual in the crowd gathered outside attempted to punch the general and was quickly apprehended and arrested,” said a Bolduc campaign manager to Boston 25.

This is the photo that Boston 25 ran of the man who seemingly crossed state lines and attempted to assault a retired Army brigadier general running for Senate in New Hampshire. 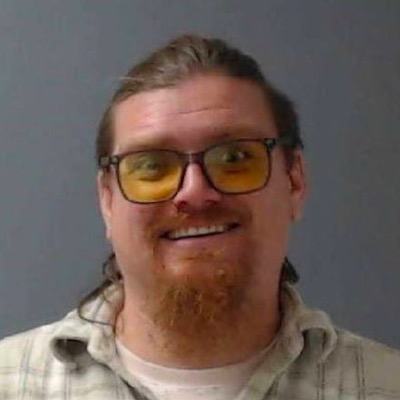 Geez! Why do so many Dem voters look like that? Scratch that. We know why.

The attack comes as polls show Bolduc taking a slim lead over his Democratic opponent in what was seen as an “impossible” race with just a few days to go.

The attempted assault on Bolduc happened just after Biden’s divisive Democracy Dies if Republicans are Elected 2.0 speech at Union Station. (This time they managed to make it look less like the Third Reich.)

🗳️🇺🇸 #USMidterms: "There's no place for voter intimidation or political violence in America. Whether it's directed at democrats or republicans. No place period." said #US President Joe #Biden in an address at Union Station in Washington D.C.

…but he started his speech talking about the horrible attack on House Speaker Nancy Pelosi’s husband Paul that Democrats have been blaming on the divisive and violent rhetoric of the “Mega MAGA Republicans” who are “election deniers” for questioning the results of the 2020 election.

The phrase “election denier” is a blatant attempt to invoke the image of “Holocaust deniers”. They’re trying to lump in Republicans questioning the results of the 2020 election after many changes were made to state laws that had unsolicited ballots mailed to voters, dropboxes meant there were chain-of-custody issues, and delays in counting that made dramatic flips in the vote totals with people who don’t believe that 6 million Jews were killed by Hitler. It’s a repulsive tactic.

Remember, “election denial” was mainstreamed after 2020, not after the elections in 2000, 2004, or 2016 when Democrats were the ones “denying” the results of the election.

Biden goes on to insist that democracy is “on the ballot” as he trots out the old “battle for the soul of the nation” stuff that he used in 2020.

🗳️🇺🇸 #USMidterms: Warning that #democracy itself is in peril, President Joe #Biden called on Americans to use their ballots in next week’s #midterm elections.@ofarry has the report ⤵️ pic.twitter.com/Ms4iFrRwOi

Will Biden denounce the attempted assault on Bolduc? Probably not.

Maggie Hassan is calling Bolduc an “election denier” — one of the sorts of candidates that Biden says is a “threat to democracy.”

It appears that Democrats think that Bolduc and the other “election deniers” deserve what they get.

That’s how you know that this is a partisan attack and not a real defense of “American democracy.”

Biden says that this midterm election is another “battle for the soul of the nation” and (for once) he’s right. The Founders and Framers’ spirit that was the “soul of the nation” for over 200 years lost in 2020, but it looks like it’s going to make a helluva comeback in 2022.

Check out our ClashDaily Exclusive merch “Marked Safe From Tyranny.”

Get the shirt here. 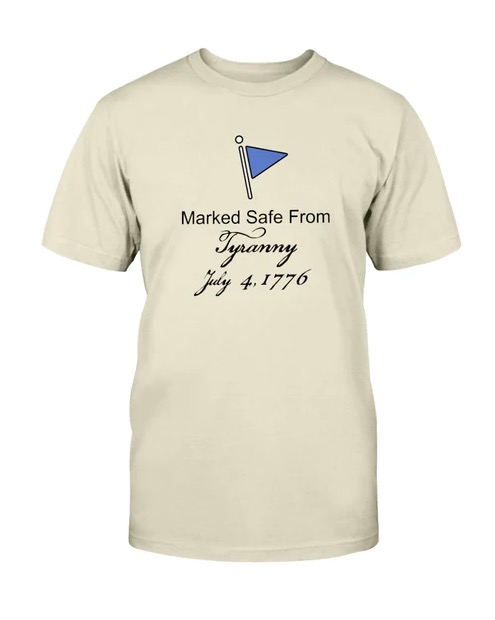 Get the mug here. 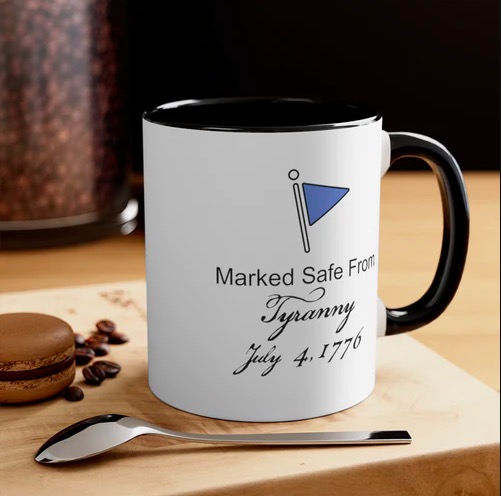