Sex ed has come a LONG way beyond rolling a condom onto a banana. Now we’ve got adults gleefully talking about the schools they are responsible for overseeing bringing in groups that pass around penetrative sex toys and discuss lube while talking about ‘queer sex’.

If this sort of thing constitutes a curriculum priority is it any wonder that our kids are falling further and further behind in reading, writing and math skills?

Here’s a screenshot where Joseph (Joe) Bruno, Dean of Students at the prestigious Francis W. Parker School in Chicago is featured on the school’s website. We have redacted photos of other teachers and the publicly-available contact information as it was not relevant to the story. 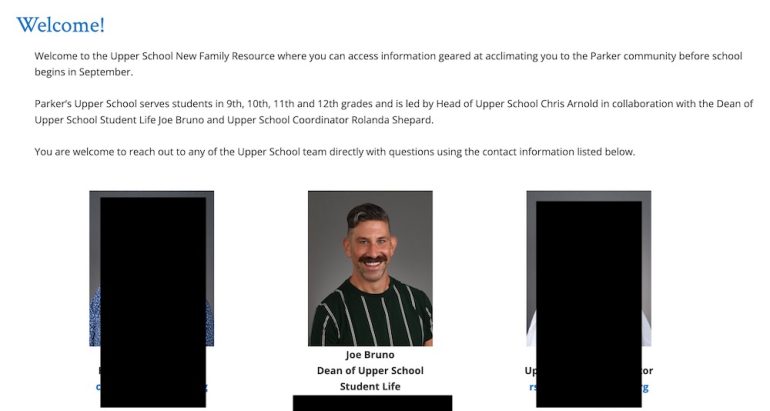 Here is the Project Veritas video:

Q: ‘How old are the kids in the classroom?’
A: ‘fourteen to eighteen’.

If anyone was wondering why the right uses the term ‘groomers’ to describe this brand of activism, Joe here just answered your question.

The school, when confronted about this behavior did exactly what you would expect the hard-left partisans to do, exactly the same mentality that — in Loudoun county — led to the coverup of sexual assaults of teenage girls and demonizing of outraged parents.

They locked shields around the groomers and blasted anyone who might be concerned about it as ‘extremist’. Libs of Tiktok posted an official statement put out by the school.

Here’s the text of that statement:

We are writing to let you know that one of our employees, while at a conference last week, was targeted by a right-wing fringe group of individuals that seeks to undermine and manipulate Diversity, Inclusion, and Belonging work in schools.

This evening, the group showed up outside the school and attempted to confront and ambush this employee with aggressive questions. A handful of students and family members were present. This incident is very upsetting, and we stand in full support of our employes. We have put additional security measures in place, and we will notify the community should there be any additional activity from this group regarding the school or our employes.

We advise members of our community not to engage with any organization that fits this general profile.

For the record, Project Veritas is a journalism organization with a very successful track record of exposing corruption, not a ‘far right’ or ‘fringe’ group of individuals seeking to undermine whatever it is that administrator claims they are trying to undermine.

The sort of language invoked in this denunciation would better describe some of the clods who burned and looted their way through 2020 under the various banners of several leftist groups than it would a successful journalistic group like Project Veritas.

As always, we remind our readers to keep it civil. Let’s not give Joe Biden’s FBI any excuse to double down on ‘terrorist’ concerned parents. Their side has the monopoly on violence and incivility… let’s keep it that way, rather than give them a stick to beat our side with.

The school’s contact details under the ‘principle’s office’ tab are a phone number and the following email: principal@fwparker.org

Surely they would be open to an earnest explanation for why Project Veritas is not a ‘fringe’ group and why parents of 14-18 year old children might have opinions about a classroom is not a proper context for the sort of toys sold in adult-only sex shops to be passed around.