While revelers partied around the ball drop inside Times Square, one man attacked 3 cops securing that area with a machete. One of those cops was fresh out of the police academy, just two days earlier.

Officers Louis Iorio and Paul Cozzolino were stationed at West 52nd Street and Eighth Avenue on Saturday night when a machete-wielding madman — identified by police sources as 19-year-old Maine native Trevor Bickford — allegedly ambushed them with the 18-inch weapon.
Iorio, an eight-year veteran who is stationed in Staten Island, suffered a gash to the head and was taken to Bellevue Hospital, cops and sources said. He was released Sunday.
Cozzolino — a rookie who just graduated from the Police Academy on Friday — suffered a fractured skull and was treated and released from the same hospital.
A third officer, Michael Hanna, also a rookie, shot Bickford in the shoulder after he and the other cops were attacked, the sources said.
Hanna, who joined the force in April, was treated at Mount Sinai West and he too has been released. — NYPost

The accused assailant, Trevor Bickford, survived the attack and was brought to the hospital for treatment. 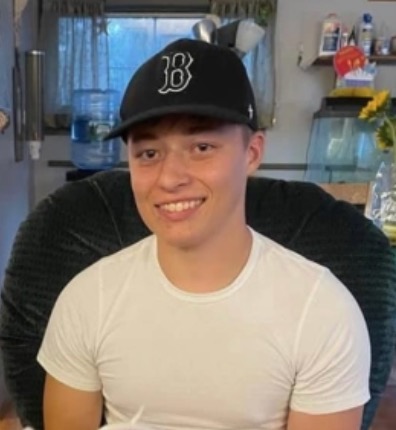 He is ‘known to police’ after his own family members reported him to authorities and it is being treated as a potential terrorist attack:

Bickford has no prior arrests. His mother and aunt notified law enforcement in recent weeks about their concerns he was gravitating toward dangerous Islamist ideologies, the sources said. The report prompted the FBI’s Joint Terrorism Task Force to look into the suspect, the law enforcement sources said.
The NYPD counterterrorism bureau is investigating the New Year’s Eve attack in conjunction with the FBI.
Should authorities determine the attack was motivated by an Islamist ideology, it would make it the first terror incident associated with New Year’s Eve in Times Square, authorities said.
Prior to New Year’s Eve, the NYPD noted in a pre-event assessment that throughout December “multiple pro-ISIS users disseminated extremist propaganda graphics broadly calling for attacks in advance of the New Year, advocating a wide range of low-tech tactics.” Islamist terror groups have long promoted knife attacks. — ABCNews

Police released an image of the knife used in the attack. 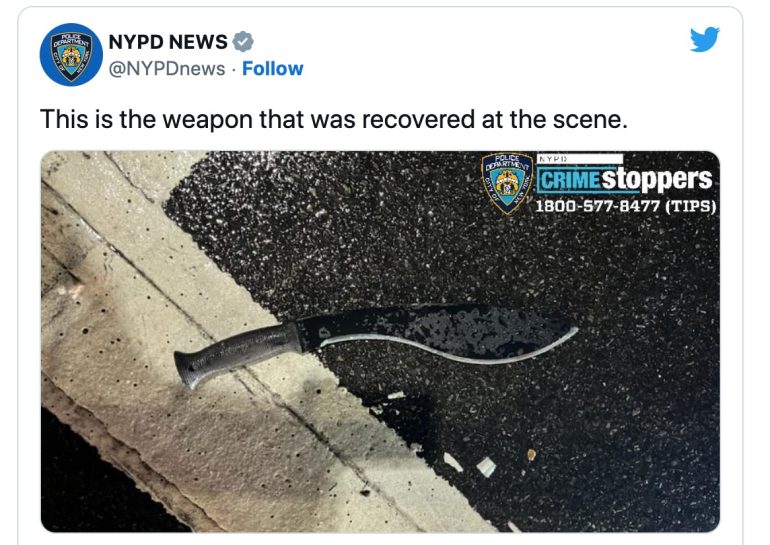 While they referred to the blade as a machete, it is worth noting that it appears to be a kukri knife, a weapon long associated with the Gurkha who have a centuries-long reputation for their dangerous prowess in knife-fighting.

Here is the initial statement to the press by the authorities following the attack.

Bickford’s father died at 41 of an apparent overdose in 2018. Before that time the Maine native had been described as a typical American teenager. He was reportedly a recent convert to Islam.

In his handwritten manifesto, Bickford urged his family to “please repent to Allah and accept Islam,” according to sources.
Sources said the teen became “radicalized” as recently as a month ago. –NYPost

The FBI had been ‘monitoring him for weeks’.

If they weren’t diverting so many resources to Catholics praying at abortion mills or to micro-managing conservative social media accounts, do you suppose they could have intercepted him earlier?