Spoiler alert: you won’t need more than one guess.

Clashdaily covered the horrific details of the Monterey Park shooting in an earlier story. That was the tragedy where 10 of the 20 victims who were shot at a California dance hall during Lunar New Year celebrations succumbed to their injuries.

Police found the suspect, who later shot himself in a van, some time after the incident.

We can say at least two things about the man police have named as the attacker.

1) This was his name: Huu Can Tran 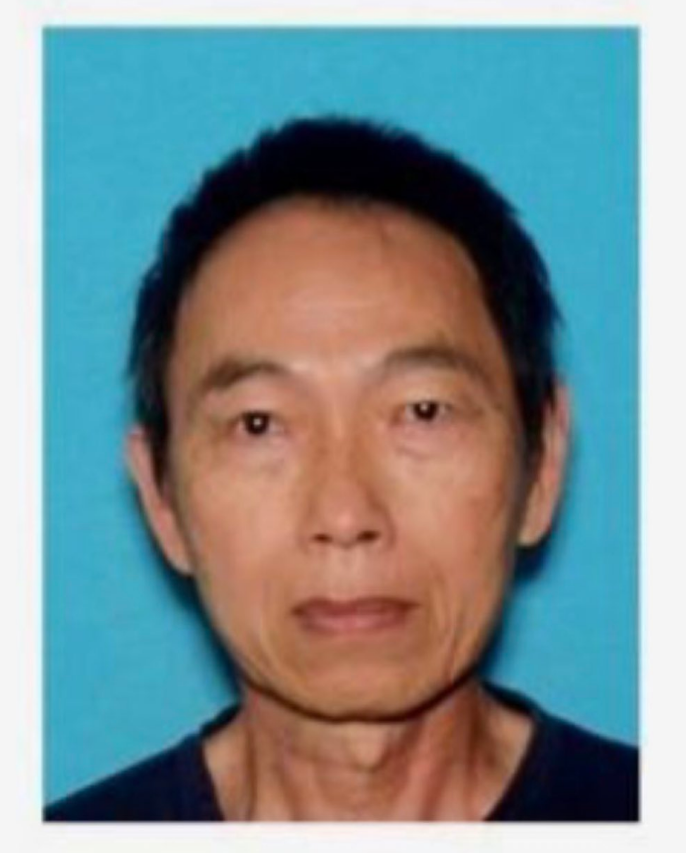 Rather than wait for any official reporting on who had carried out the attack, or why, some of the usual suspects got ahead of the information and whipped up outrage in all of the usual ways.

It started right at the top of the Democrat party…

His first paragraph stated no motive was known. The second paragraph emphasized racial demographics. This was not accidental.

Jill and I are thinking of those killed and injured in last night’s deadly mass shooting in Monterey Park. While there is still much we don’t know about the motive in this senseless attack, we do know that many families are grieving tonight, or praying that their loved one will recover from their wounds.

Even as we continue searching for answers about this attack, we know how deeply this attack has impacted the Asian American and Native Hawaiian, Pacific Islanders (AA and NHPI) community. Monterey Park is home to one of the largest AA and NHPI communities in America, many of whom were celebrating the Lunar New Year along with loved ones and friends this weekend.

Early this morning, I directed my Homeland Security Advisor to mobilize full federal support to local and state authorities as they continue to respond and investigate this shooting. As we await more crucial information from law enforcement, I want to assure the community of Monterey Park and the broader area that we will support you in every way we can.

(That reminds me, does anyone out there know whether Biden finally got around to making an official statement about the Christmas Parade massacre? It IS possible we just missed it.)

Adam Schiff, predictably, lived down to expectations. He came with his bingo card ready. Surely ONE of these opportunities for outrage can be leveraged here, right?

And really, Schiff? Your ‘prayers’? That claim is setting off the BS detector over here. 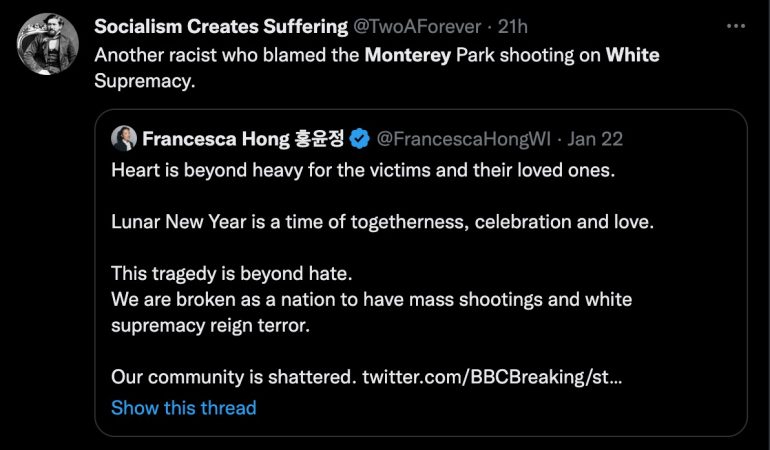 The following writer has hidden her tweets. But not before someone named Joey Donuts helpfully retweeted a screenshot… 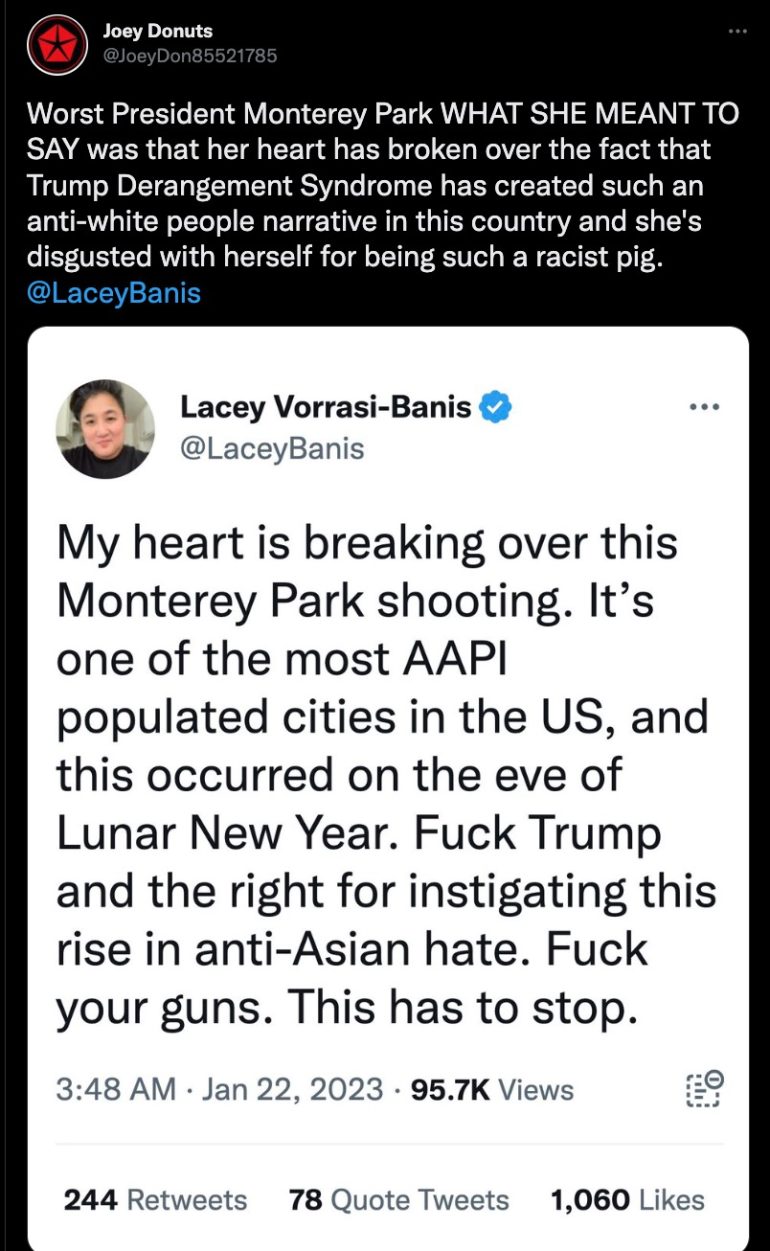 The irony of the left’s blame white supremacy reaction is that reports are beginning to converge on the same conclusion ClashDaily referenced in our earlier story.

There’s growing evidence of a domestic violence connection between the attacker, his ex-wife, and the location chosen for this attack.

Then again, this is the same crowd that tried to tell us that Larry Elder was the ‘black face of white supremacy’, so there was never really a rational basis to any of these claims in the first place.