The left is trying to sanitize pedophilia with neutral-sounding language. Here’s a reminder of why we don’t want it sanitized.

There is a reason we protect the innocence of children. They are too young to comprehend the complex world of sexual interaction or all the messy relationship dynamics that flow from that starting point.

This is why our culture has long sheltered children from adult themes and situations.

But ever since the sexual revolution of the 60s our libertine culture has been challenging the boundaries of sexual norms. Long before they get to the point where such changes are accepted, they are first discussed.

And for anyone paying attention, what is being discussed now is the term ‘Minor Attracted Persons’. Some corners of the internet have been actively trying to destigmatize the idea of being sexually aroused by, and attracted to, children. We should not call them pedophiles, the argument goes, we should call them MAPs.

This opinion piece is intended as a reminder for why we do NOT want to remove that stigma.

We want this to be seen not as a natural impulse like sexual attraction between adults, that weak people might understandably be overwhelmed by in the heat of a passionate moment.

No. We want it to be seen as a criminal act of violence — like rape — that must be viewed with disgust and contempt even in the very imagination of the people who find themselves tempted by it.

As evidence for this opinion, I present two current news stories.

Steve Rodriguez, 38, of Pomona, was sentenced last Friday for what a judge at the hearing called “unspeakable acts,” the U.S. Justice Department said in a statement. Rodriguez was a nighttime caretaker at the home from 2016 to 2020 when he produced videos of himself sexually abusing four children, three of whom were patients at the home, including an 8-year-old, the statement said. “Rodriguez had a duty … to keep his victims safe and alive, but he instead violated that trust in the most despicable way,” U.S. Attorney Martin Estrada said in a statement. Last year, Rodriguez pleaded guilty to two counts of obtaining custody of a minor for the purposes of producing child pornography, five counts of production of child pornography, and one count of enticement of a minor to engage in criminal sexual activity. -SacBee

A 38-year-old man getting caught for abusing disabled kids in his care is a special kind of criminal wretchedness. We will have no difficulty seeing his vile criminal act as the nauseating horror that it deserves to be recognized as.

The second story will test our ability to apply consistent principles across diverse situations.

This story involves a teacher of seventh-graders by the name of Hill. Hill was also a head varsity tennis and softball coach. That teacher has been arrested on charges of sexual assault in the first degree to a minor.

The plot twist in this story is that this teacher is a woman, Meridith ‘Lyndsey’ Hill. The teacher from Pottsville School District, Arkansas, was taken into custody yesterday.

Her conduct seems to have been an ongoing ‘open secret’ among the students.

This parent says her 9th-grade son was taught by Hill in the 7th grade.
She says her son told her when he was in 8th grade, there were inappropriate rumors of Hill involving a student.
“There’s been accusations going on for over a year that my child is aware of, and nobody has done anything,” she says.
“If the administration knew something about this before and didn’t do anything, I think there needs to be some firings here,” one parent, who says he’s a second-generation graduate of Pottsville called says. –Fox16

But Hill is just a symptom of a FAR bigger problem. From that same story:

According to reports, in 2022 there were nearly 350 public educators arrested on child sex-related crimes in the US. — Fox16

The question we would pose to our readers is this:

Here are the two people charged with criminal acts against children featured in today’s stories: 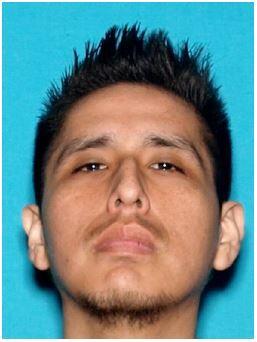 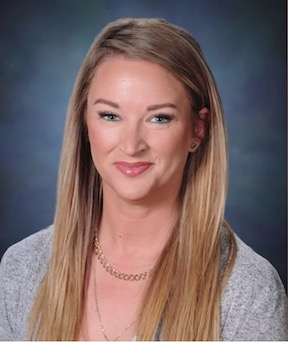 Ask yourself whether the anger and disgust you feel toward the 38yo male caretaker who sexually abused children is in any way similar to your reaction to the criminal charges faced by the young blonde female teacher.

If you are feeling a more muted response to the pretty blonde sexual offender, be aware that she represents one of 350 sexual crimes teachers have been accused of in a calendar year.

Will you dismiss the sexual abuse of a male student as every teen boy’s ‘hot for teacher’ fantasy, with a cynical ‘you can’t rape the willing’ joke?

People wanting to soften our attitudes and hostility toward such crimes will look for ways to leverage our own emotions, compassion, and biases against us.

If we give an inch. The activists WILL take it… and then some.