Petraeus whistle blower and her surgeon husband are ‘broke, owe millions and are the target of foreclosures’

By Paul Thompson and Rachel Quigley–  The housewife and whistle blower at the center of the David Petraeus sex scandal and another involving General John Allen may have been hoping for some financial gain by lifting the lid on the affair, after it emerged today she and her husband are broke.

Tampa socialite Jill Kelley, 37, and her cancer surgeon husband Scott owe millions to banks after the collapse of their real estate holdings in 2010.
The Kelleys are currently the targets of at least four indebtedness lawsuits and two foreclosures in Hillsborough County, according to court records.

Speaking out: Jill Kelley, the Florida housewife at the centre of the David Petraeus sex scandal has spoken for the first time and said she is an ‘innocent victim’ 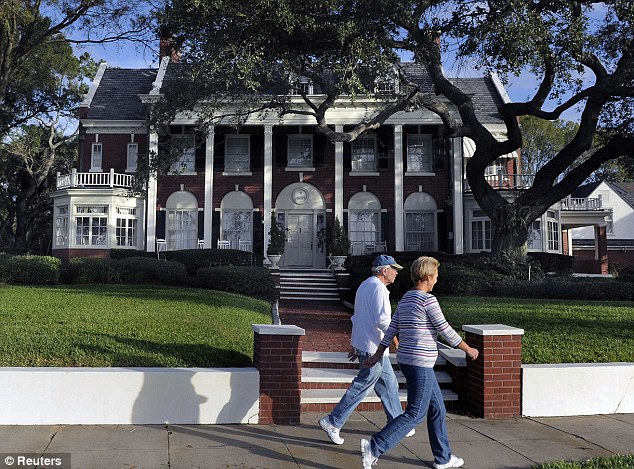 Luxurious: Residents walk past the house belonging to Jill Kelley on Bayshore Boulevard in Tampa which is believed to be in foreclosure

Gossip Extra reported today that the Kelleys are fighting to keep their properties.

Jill has been called the ‘other woman’ in the Petraeus sex scandal, which was exposed after she took threatening emails to the FBI sent from biographer and alleged mistress Paula Broadwell warning her to stay away from the CIA chief.

Now that the state of their finances has been exposed, speculation is rife Jill broke the scandal so she could make money from it. 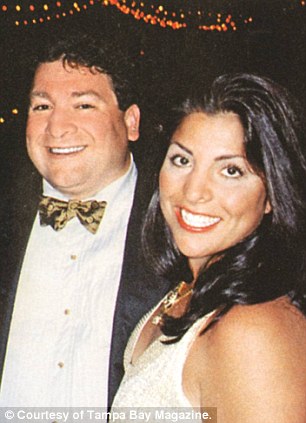 Jill Kelley with her husband Dr Scott Kelley, who are said to be in financial trouble

She has now also been dragged into a second scandal after General John R. Allen, commander of U.S. and NATO troops in Afghanistan, has been accused of sending thousands of ‘inappropriate’ emails to her.

Allen is under investigation by the FBI after the agency discovered between 20,000 and 30,000 pages of communication between him and the 37-year-old housewife.

If he is found to have engaged in an extramarital affair – a crime in the military – he faces being court martialed, bringing a spectacular fall from grace and the end to a glittering army career that has spanned nearly 40 years.

Central Bank have a suit against the Kelleys and Kelly Land Holdings, centered on a three-story office building downtown Tampa.

Court records show they owed the bank nearly $2.2 million, including attorney fees. In 2011, a judge ordered the property to be put up for sale.