Useful idiots are mystified as to why radicalization occurs in young men and women born here or that have spent considerable time in America. PC activists never connect the dots. The Tsarnaev brothers did not require strong links with their native Chechnya in order to make war on America. They are Muslims who were radicalized in a local mosque. They learned to despise America in Massachusetts just like many of the people that get “educated” there. The carnage committed against their fellow Americans is being applauded by some. There is no recognition of the fact that most jihadists are not poor but are the educated products of middle and upper class families, some born in the countries in which they commit terrorist acts.

Student immigration from Saudi Arabia has risen 500% since 9/11. Islamic immigration is not limited to Saudi Arabian students. The census bureau states that Middle Eastern immigration is one of “the fastest growing populations in the United States.” They define “Middle Eastern” as peoples from Pakistan, Bangladesh, Afghanistan, Turkey, the Levant, the Arabian Peninsula, and Arab North Africa. Immigration figures, from the Center for Immigration Services, estimated that almost 900,000 immigrants had come to America in 2009 (the last study available). Of these, the INS estimates that approximately 15% were illegal aliens. Those are merely the numbers for Islamic nationals arriving. That does not include the growing numbers of Muslims that are already here. Nor does it include Muslims from the Russian caucuses such as Bosnia. Or Albania. Or the numerous “Stans”. Or Chechnya.

Islamic peoples are flocking to the Great Satan. Why? The growing Islamic population advances the question: “Why are they here”? 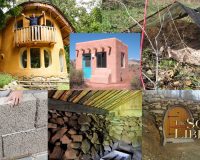