I joked the other day via Facebook that White Christmas would soon be considered a racist song. Well … here it is. Check it out you creepy ass crackers!

TPNN – These Christmas bashing progressives have taken their hate-filled paranoia to a new level with their attacks against country singer Darius Rucker, who happens to be black. What did Rucker do that drew the hate of the liberals? He sang White Christmas at Rockefeller Center in New York City.

Liberals immediately took to Twitter to display their idiocy and attack Rucker.

Darius Rucker On TV singing "Im dreaming of a White Christmas" In NY Like He Free In America. We tired of These 'White" Christmases

Of course they have Darius Rucker singing "Dreaming of a white Christmas ", fucking white people.

And here of course is Liberal Chick‘s reaction: 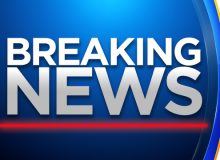