Have you ever wondered how one goes about getting your name on a bomb? Well, it’s easier than you think: you just need to know a guy.

Doug Giles of Clashdaily.com posted a photo on his Facebook page of a 500lb precision-guided munition with his name on it. So I called him up and he was good enough to give me the lowdown on how to do this.

Ben: Doug, tell me, what made you decide to get your name on a bomb?

Doug: It was my way of saying, ‘go eff yourself’ to the “religion of peace.” In Christian love of course.

Ben: So how does one go about getting their name on the side of a bomb?

Doug: It’s not what you know, it’s who you know. And I know some death-dealin’ bad-asses in the Air Force.

Ben: What kind of bomb did you get?

Ben: Can you choose the kind of bomb that you want?

Doug: No. But I was happy with what I got. Dead sexy pic if you ask me.

Ben: I noticed you only put your name, is this because you didn’t want to include a message? If you had included a message, what would it have been? Please keep in mind space constraints on the bomb.

Doug: The message was the bomb. Boom.

Ben: How do you know what kind of impact it had?

Doug: The pilot who dropped it wiped out four high value terrorist operatives one lonely night on a hilltop in Afghanistan. He has the video. 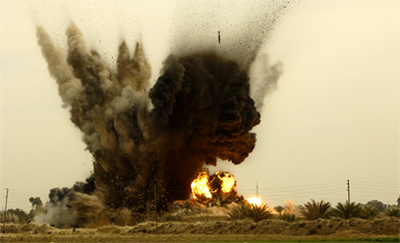 Ben: Were you ever worried that your bomb might hit the wrong target or heaven forbid, friendly forces?

Doug: No. My warrior friend is precise.

Ben: Do you know when putting names on bombs first start happening? For example, I’ve seen photos of British pilots in WW2 putting messages to Hitler.

Doug: I have no clue, but I think it’s more fun than riding Big Thunder Mountain Railroad at Disneyland.

Ben: If you could put your name on any kind of explosive device to be dropped in The War on Terror, what would it be?

Doug: The final Nuke to rain hell-fire down on ISIS. 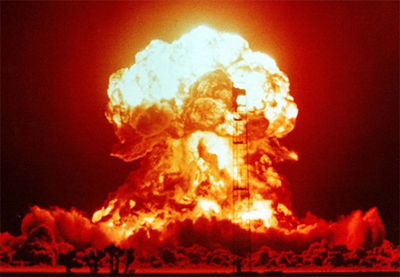 Ben: In your mind, what is The War on Terror? What are we fighting?

Doug: We’re fighting implacable Islamists who carry out the dictates of a 7th-century pedophile.

Ben: Do you have a closing message?

Doug: If you think Islam is a ‘Religion Of Peace’ then you are nuttier-than-a-squirrel turd. 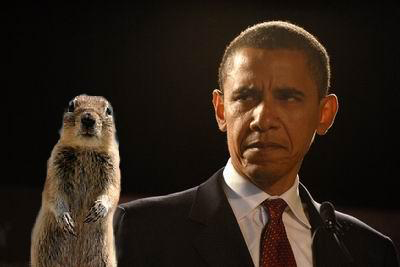 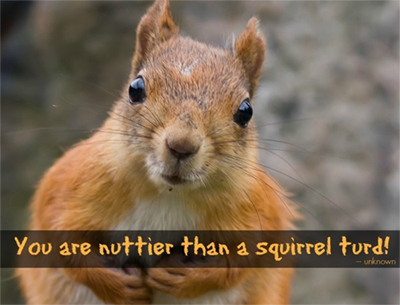