Dear Republican Members Of The United States House Of Representatives:

What is wrong with you people? Are you aware there is a group of your fellow Congressmen (I don’t say freshwomen so I don’t say Congresswomen, and I’m not sorry) who have had to form a separate faction called the Freedom Caucus? Shouldn’t every member of the US House, Democrat and Republican alike, be a member of this group? Those who have concluded that the Freedom Caucus is just too scope-locked on the notion of personal rights and the promotion of individual sovereignty, does it not occur to you that there is no middle ground on these fundamentals?

Clashmates, when we say, “there are only a handful of Republicans we can trust,” the following is that handful.

You see, Unfreedom Caucus members, aside from doing what you promised during the last midterm elections — we’re still waiting, by the way — you need to choose a Speaker of The House. And considering your clearly questionable knowledge of the constitution, I need to inform or remind you that the Speaker is an important part of the legislative equation, third in line to the presidency and, interestingly enough, doesn’t need to be an elected member of the House of Representatives.

Knowing this, it’s clear your choices have just expanded into the general population. People like Scott Walker (recently available), Allen West, or Michele Bachmann come to mind as suitable Americans with the intelligence and intestinal fortitude to do what needs to be done. In fact, as a take-off on what William F. Buckley said about being governed by people in the Boston phone book, I would trust the first 100 Clash Daily readers as Speaker over anyone who’s not in the Freedom Caucus.

Why not Paul Ryan? Maybe because his longtime friend and a Marxist, amnesty shill Luiz Gutierrez endorsed him. Good rule of thumb: If any Democrat endorses you, it’s bad for America.

To everyone outside the Freedom Caucus membership, put your big boy pants on, step up, and become members of the Freedom Caucus. We everyday Americans, Republican and independents alike, aren’t sure how long we can hold back the pitchforks.

To those in the Freedom Caucus, or any other principled conservative, John Boehner was lame before he announced his resignation. Now, we’ll have to check his tear ducts just to ensure he’s alive. The only thing he’ll be good for is assuring the passage of what will no doubt be legislation dedicated to America’s downward spiral. We need you to bear down, and put up a man or woman worthy to lead, and it needs to be now.

Or are you operating under the delusion that everything in America is jolly good, and we have plenty of time to let this all play out? Do you mean to tell me you’re worthy of serving your district but you don’t want to exit the comfort of your mostly obscure House seat to serve the United States?

We get how unpleasant raising your hand will be. Guess what? We don’t care. If it were easy, everyone would do it. If my words can’t motivate you, imagine you’re looking in the eye of one of our soldiers stationed anywhere in the Middle East or Africa, and tell him you just don’t want to give up your cushy anonymity and House committee chairmanships.

What do you suppose he would tell you?

Biden Chooses Putin Over Americans And Allies
The Lid 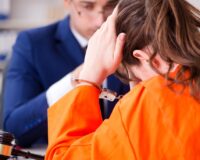