What is so remarkable about Islam that it merits the adoration, support, and import by so many countries (including the US), to the detriment of its own citizens’ safety.  I cannot find one redeeming feature of this so-called religion, Islam.   Yet, countries throughout the world, that have been Christian for centuries, are allowing the Muslim hordes to invade and savagely attack and rape citizens.   They insist upon their Sharia law instead of the law of the host country.   They whine, they complain, they demand, and the United States as well as European countries, give in.

Why are they in Europe and why are they here?   They want to do away with Western cultures, and establish a world-wide caliphate, where all other religions are outlawed.   In a recent poll, 42 million Muslims agree with Muslim extremism.   A new study of US Muslims found that a large number of American Muslims felt that Sharia law was better than the United States Constitution, and that they should be allowed to ignore the Constitution and be judged by Sharia courts in America. In another poll, 88% of Egyptian Muslims and 62% of Pakistani Muslims favored the death penalty for people who leave the religion.   Also, the same polls showed that putting adulterers to death, and honor killings were accepted.   Finally, large numbers of Muslims around the world agreed that freedom of speech should be illegal, and that anyone harsh words against Islam should be a crime.

So, what is so great about Islam, that so many governments, including our own, pay homage to those people?   There is nothing great about Islam.   It was conceived from the ravings of a Seventh Century vicious madman and pedophile.   This is not a religion of peace.   This is a religion of hate, killing, torture, brutalization of anyone who isn’t a Muslim (Infidels), horrible treatment of women and homosexuals, slavery, and female genital mutilation.

The American people should acquaint themselves with the true workings and goals of Islam by reading the Quran (their holy book).   They also need to find out exactly what Sharia law is all about.   Europe may already be doomed to become a caliphate, but we, here in the United States, can still do something to rid us of this scourge.   Why are we catering to people who live by, and want us to live by, Seventh Century madness?

This constant call from the left for multi-culturalism and diversity is absurd, especially in America where we have always had both of these things.   However, it was achieved without anyone abandoning their culture, religion, or traditions.   Everyone has always retained, and freely practiced their religion, which the Muslims are certainly welcomed to do here now.  This is a First Amendment freedom.   There is no such freedom with Islam.   You are either a Muslim, or if you an infidel you pay a jizya (tax); or if you refuse either, you will die.   They are not willing to live in peace with people of other faiths, and this is against everything this country is about.   So, why is Barack Hussein Obama importing the so-called refugees as fast as he can?   He is pro-Muslim, anti-Judeo-Christian and it appears that he’s all for a caliphate.

If the Muslims living in this country cannot pledge allegiance to the USA, and live under our Constitution, then they should leave here and go to a country where Sharia is practiced.   Americans need to wake up and start learning, paying attention, and getting involved.   Unfortunately, we currently have an administration which panders to the Muslims and denigrates our Judeo-Christian traditions and culture, so, we the people better speak up.   Don’t trust your future to the Government because the Government can’t be trusted.   This is the United States of America…a republic, not a caliphate.   Let’s retain and cherish our heritage.

You can contact me at sfa1932@att.net if you want to discuss anything.

Sylvia Andrews has a Masters Degree in nursing, and has practiced for many years. She is politically active, holds strong opinions about how and where the country should be headed. A well-travelled person, she’s been to almost all 50 states and several foreign countries. She advocates for the Constitution and very much for the 2nd Amendment. She can be contacted at sfa1932@att.net 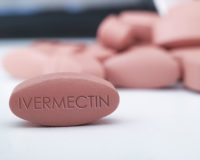