Madonna dialed her dumbassery up to eleven. And now? Consequences.

For some reason, Madonna thought it would be a good idea to stand up in Washington and talk about blowing up the White House.

Why is @Madonna allowed to threaten the President's life? @SecretService pic.twitter.com/zrNRYWIPtV 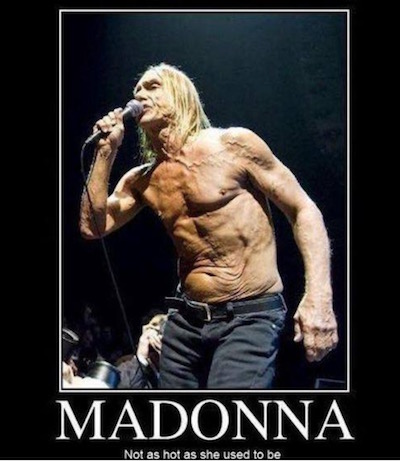 We remember how apoplectic the Media (D) was when Trump made an offhanded remark about the Second Amendment, Scotus, and Hillary. This is an EXPLICIT reference to violence against the duly elected President. (And we recall that in an effort to please Jodie Foster

Kellyanne was asked about the protests. Her answer knocked it out of the park:

Diatribe when they could have requested dialogue.

Celebrites who could have gone to a women’s shelter and written a cheque… didn’t.

They Tried the whole ‘celebrity’ thing with Hillary’s campaign. And the Electoral College. It didn’t work.

All the things they are worked up about? Were discussed during the campaign. And the people made a choice.

They chose TRUMP. Deal with it.

Doesn’t the left mock Trump for his twitter outbursts? Will they mock her, too? Because she really DESERVES it: 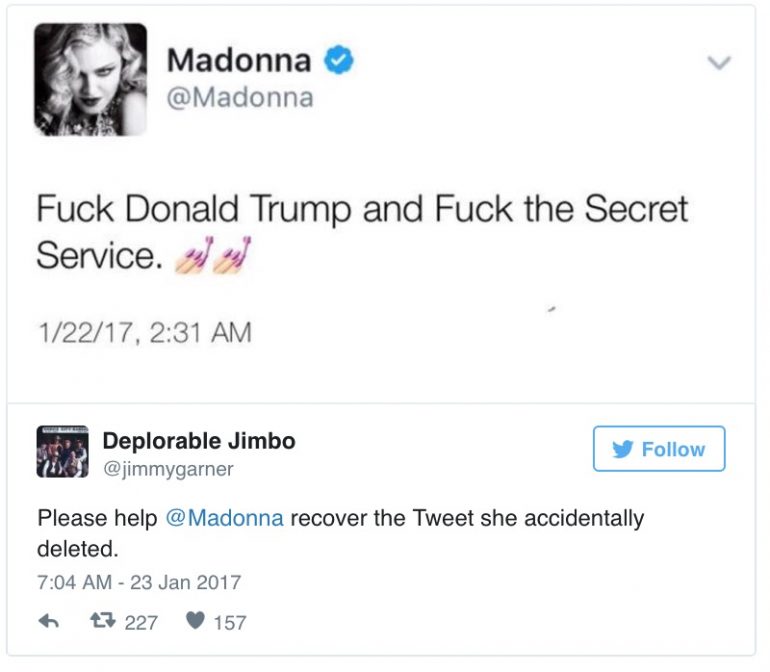 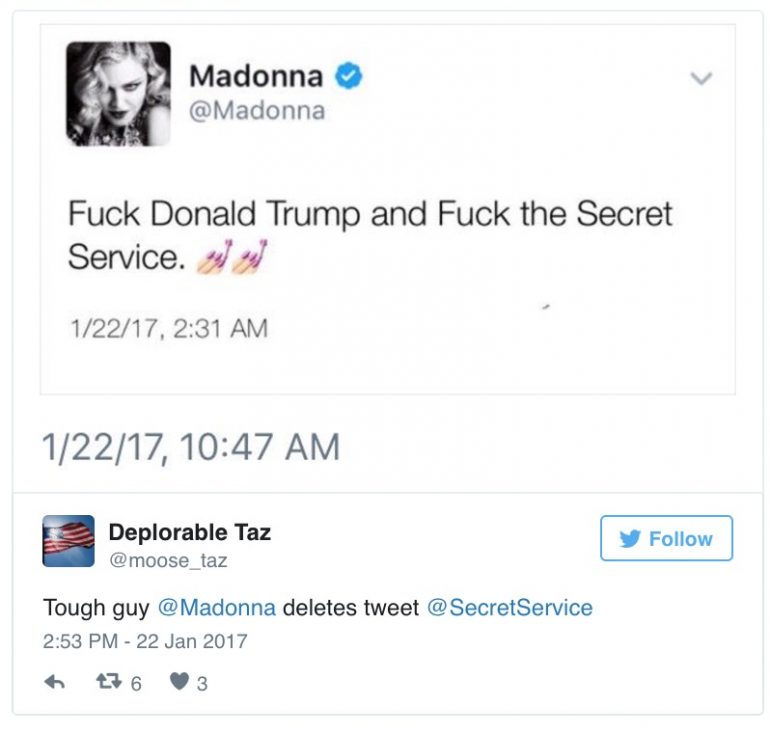 Tough luck Madonna. You boarded that plane all on your own. Don’t bitch about the destination.

Don’t be like Madonna. Or those morons in the ‘pussy’ hats and costumes.

If you or someone you know is in danger of being a pussy? This can help.