That ‘Jayvee team’ had better watch out!

This guy is coming for him: 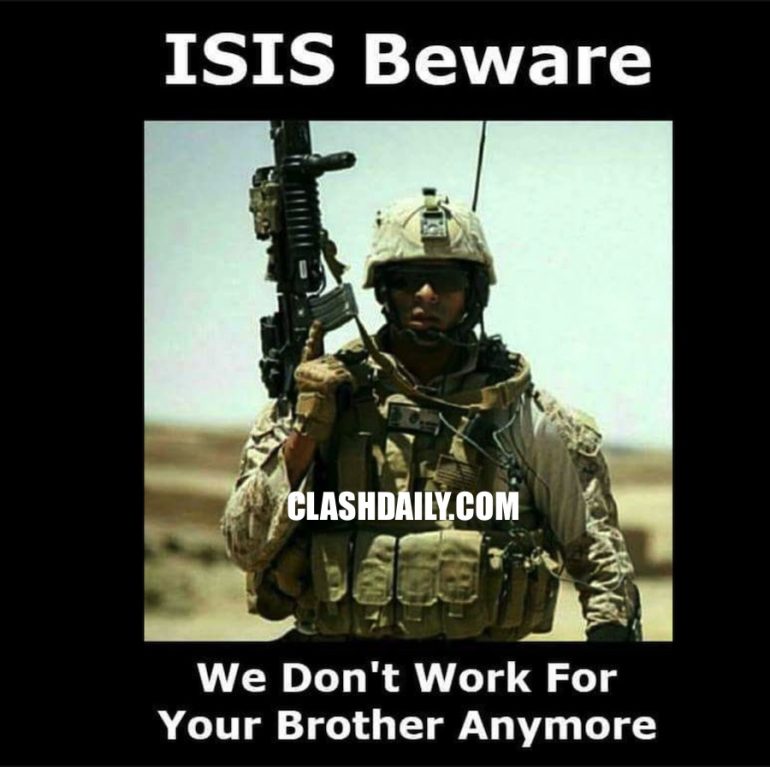 And the guy he works for?

Won’t be paying for hostages to be released.

He won’t tolerate the over-running of American Embassies.

He won’t sit on his hands while Americans are harassed or captured by foreign sailors.

He won’t give meaningless BS threats about Red Lines.

He won’t be confused about who our enemies are.

He won’t forget who our friends are.

And he WILL NOT pander to the fiction called the ‘International Community’.

You can scatter back to the holes you crawled out of.

Or you can ask your parents’ generation what ‘shock and awe’ means.

Because the new guy? He’s not playing around.