Look at that little cutie… too bad her mom is raising her to be a self-righteous, foul-mouthed, man-hating, Feminist ‘Nasty Woman’. 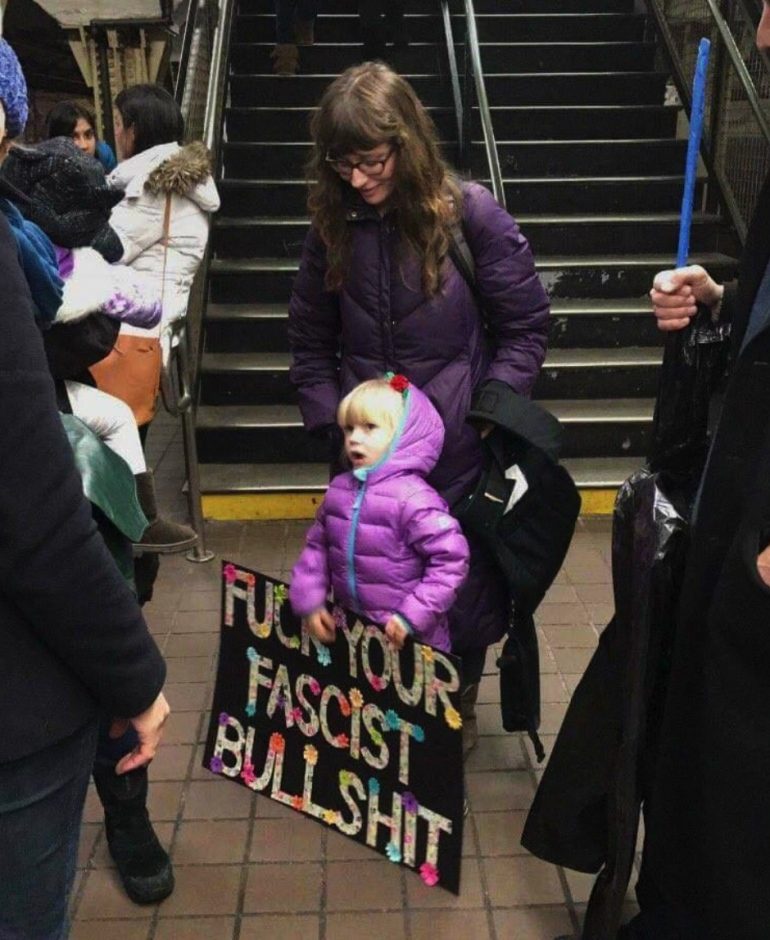 I’ll bet she got ‘Nasty Jr.’ to stick the flowers on the ‘F**K YOUR FASCIST BULLS**T’ sign.

Can’t you just see it?

She picks her up from preschool and says, ‘Hey Sweetie! Wanna help Mommy with a pretty poster filled with bad words?’

Maybe she made her make it and made her hold it.

Don’t you love that it’s against ‘Fascism’?

Which has become a catch-all for ‘all the things the left hates’.

The word barely has any other meaning these days.

Here’s what it used to mean:

Fascists believe that liberal democracy is obsolete, and they regard the complete mobilization of society under a totalitarian one-party state as necessary to prepare a nation for armed conflict and to respond effectively to economic difficulties. Such a state is led by a strong leader—such as a dictator and a martial government composed of the members of the governing fascist party—to forge national unity and maintain a stable and orderly society. Fascism rejects assertions that violence is automatically negative in nature, and views political violence, war, and imperialism as means that can achieve national rejuvenation.
Read more: Wikipedia 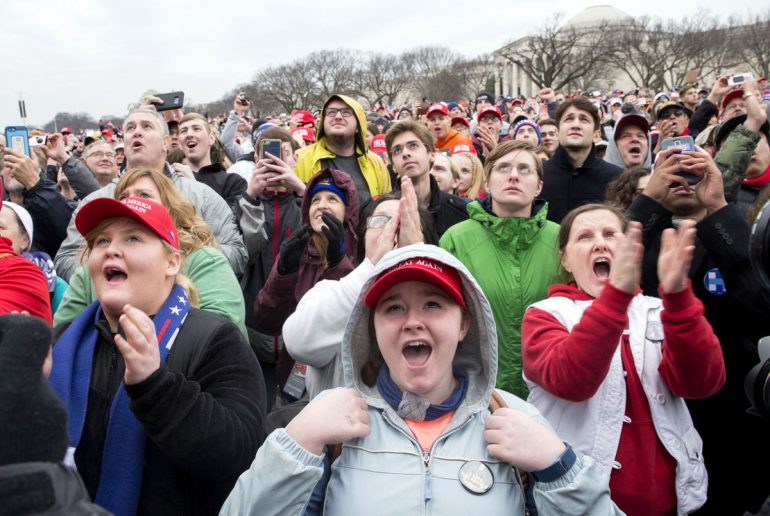 And what the inappropriately named ‘Antifa‘ crowd did to this Limo: 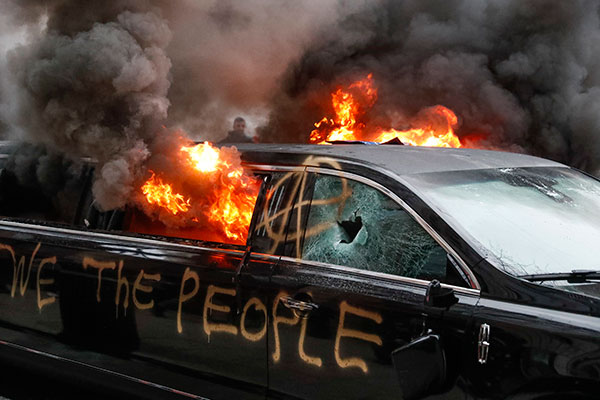 At least then this poor kid might have a chance.