The Left is determined to protest President Trump for his entire time in office. It doesn’t matter if it makes sense or not. (It is the Left, after all.)

A recent statement was issued by the White House to assuage the fears of the LGBTQ community with regard to an Obama-era Executive Order protecting LGBTQ employment rights.

“President Trump continues to be respectful and supportive of LGBTQ rights, just as he was throughout the election,” the statement reads. “The President is proud to have been the first ever GOP nominee to mention the LGBTQ community in his nomination acceptance speech, pledging then to protect the community from violence and oppression.”
Read more: Politico

So, what is the LGBTQ community planning?

A protest, of course!

A gay activist from New York has announced plans for a mass LGBT protest after being inspired by hundreds of thousands of women who marched in Washington DC last week.

David Bruinooge from Brooklyn, NYC, posted plans on Facebook for a march in the capital on June 11, in response to fears within the LGBT community that President Donald Trump’s administration threatens equality rights.
Read more: Independent UK

He can’t be serious, can he?

Bruinooge said he was inspired by the Women’s March.

That was disturbing, not inspiring.

Those women were sticking maxi pads with feminist messages on them to buildings. 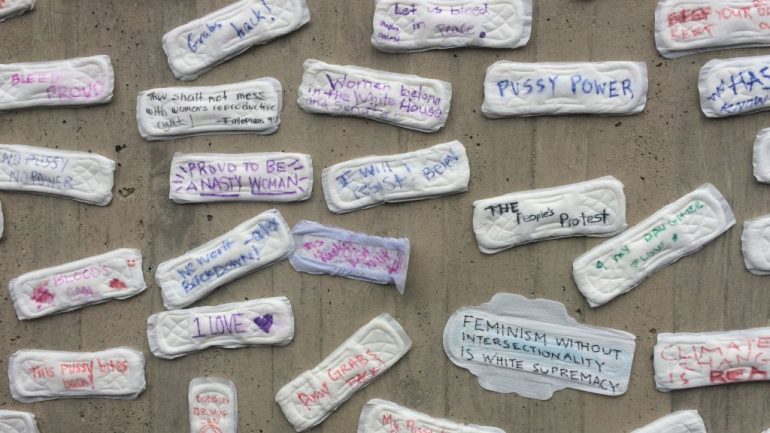 If the LGBT community marches… let’s just hope they don’t dress up in costumes like the self-described ‘Nasty Women’ of the Women’s March.

Because that will be the stuff of nightmares.