Stories like this turn Leftists into knots. It totally kills their narrative.

As a tourist destination, Morocco has seen its share of threats from ISIS and equivalent groups. There have been significant arrests. Foiled plots. Close calls.

Apparently, they don’t take kindly to being targets and they have had quite enough of crap like THIS:

A majority Muslim country themselves, they are taking a specific aggressive step in their national security.

While there was no official announcement by authorities in the North African nation, the reports said the interior ministry order would take effect this week.

The ban has been imposed due to reports felons have been using the garment to help carry out their crimes.

Most women in Morocco, whose King Mohammed VI favours a moderate version of Islam, prefer the hijab headscarf that does not cover the face.

The niqab, which leaves the area around the eyes uncovered, is also worn in Salafist circles and in more conservative regions in the north, from where thousands of jihadists have gone to fight in Syria and Iraq.

In some commercial districts of Casablanca, the country’s economic capital, interior ministry officials on Monday conducted ‘awareness-raising campaigns with traders to inform them of this new decision,’ the Media 24 website said. —DailyMail

Having the face concealed is a ‘bad thing’. Even to Muslims, who actually UNDERSTAND what is — and is not — required concerning modesty in Islamic teaching.

Maybe they’re full of shiite, and don’t know what the hell they’re talking about, huh?

Maybe this should inform our decisions about whether the face needs to be shown for ID, and whether both should be shown before they can vote.

And before the leftists jump to ‘that’s racist’ or some sort of a slight on minority voters, please identify the man in this photo. And also, tell us why he is considered historically significant. 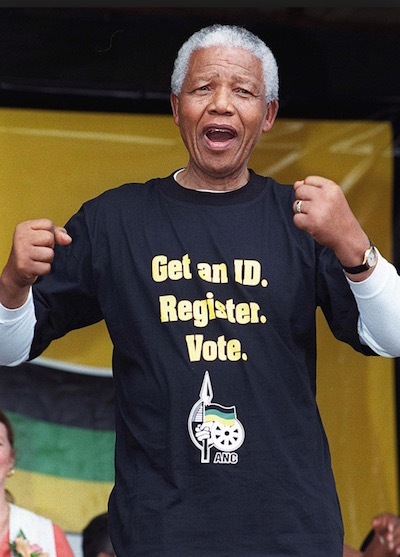 Because when asked, minorities had no objection to or difficulty in getting ID. They said the assumption that ID was a problem for Blacks was racist.