In Hollywood, there is ONE fate even worse than getting old, fat and ugly.

Maybe you felt the same way these two did about Streep’s obnoxious political rant. That the correct response to being called up for a lifetime achievement award should have been ‘thank-you for honoring me in this way’, not an extended remix rant with plagiarized one-liners. If so, you will enjoy this meme. 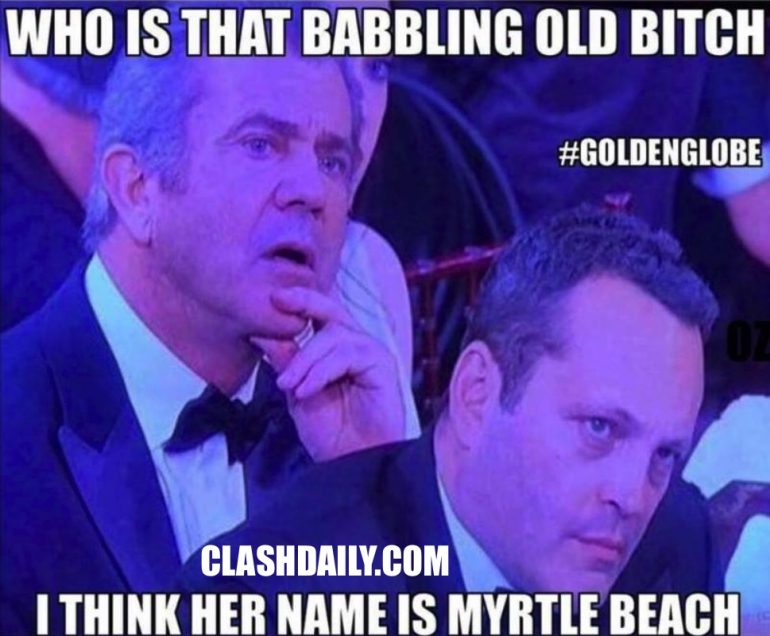 Since you live in a city where people will kiss your ass to ride your coat-tails, maybe nobody ever told you this.

Most of us don’t much care what you do on an average day. What car you drive. What politics you hold. What your views are on fur, women’s issues, Tibet or any of a thousand other issues.

Not because we hate you. Most of us don’t hate you.

For someone whose only job is to be ‘famous’… it’s a little worse.

We don’t wonder if we are doing things you would agree with, or using products you have endorsed (are there any?) watching the same entertainment as you, or even sharing the same hopes and dreams.

You are a face on Netflix as we scroll through the options.

Which is probably why you guys hate Trump so much.

He has been able to do what you can’t.

He has succeeded in Hollywood AND he has connected with ‘flyover country’.

He boasts a social media presence you could only DREAM of.

People wear HIS merch… not yours.

Even the networks can’t stop talking about HIM (not you).

And for a Hollywood champagne-sipper…

But don’t worry. In another three days, nobody will see you bitching about it.

We will have all moved on. And gone back to ignoring you.

Or whatever your name is.