This is VILE. All children should be off-limits in any hate-filled diatribe.

This is particularly gross as the left continues to paint Jeff Sessions as racist.

Check out the tweets by Ira Madison III, a culture writer for MTV.

What was he thinking?

‘Let’s show how racist Jeff Sessions is by being racist!’

(Unsurprisingly, some of Madison’s tweets were deleted.) 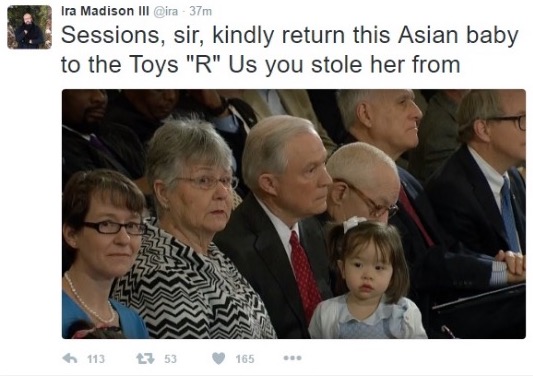 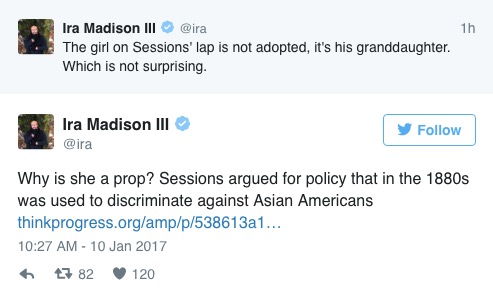 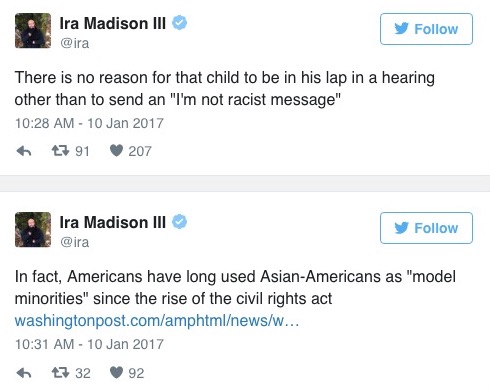 Senator Sessions brought his family to his confirmation hearing. Perhaps some find that strange, but it’s a proud moment in his life — he’s about to become the US Attorney General. Maybe his family wanted to support him in that.

You know, just a thought…

Reaction to Madison’s tweets was, as usual, swift and efficient:

Does @MTVNews wish to address the overt racism displayed by one of their employees in this tweet? https://t.co/dxD392GkNy

That’s his granddaughter. Every single person who wonders why decent people are loathe to enter politics? This is why. https://t.co/WaiEvtjeAU

This is why you leave kids/grandkids out of political fights. No matter what side you're on it makes you look like an asshole. https://t.co/8N54I1hpDM