‘This is what happens when a lot of tequila happens’

Witness the superior judgment of the ‘most trusted name in news’ in action!

In the unlikely event that you actually have a shred of respect for Don Lemon, he puts on a sad display that will kill it stone dead. Will THIS be Don’s resignation letter?

This guy was so loaded, so early in the evening, you just KNOW he never made it to midnight.

Hard to say what the funniest part is.

The cringing of Anderson Cooper?

The fact that he has to be talked out of getting a nipple piercing on air live?

The fact that he asks for advice — for ANYTHING — from Kathie Lee Gifford?

Don giving a plug for Brooks Brothers right in the middle of his drunken piercing?

Don standing on the furniture, dancing, and doing the I’ve-never-been-this-drunk-in-public-before ‘Woooo’?

Don Lemon is SMASHED on live TV and his co-anchor looks like she's had enough. These tears I cry ??? pic.twitter.com/D8mwQxTcnx

Here is Don cringing almost as much as the rest of us. 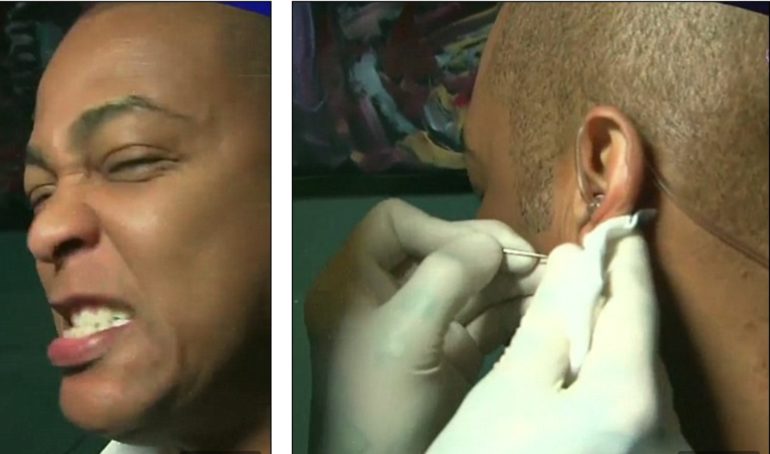 And of course, Twitter had fun with it. #drunkDonLemon was trending. 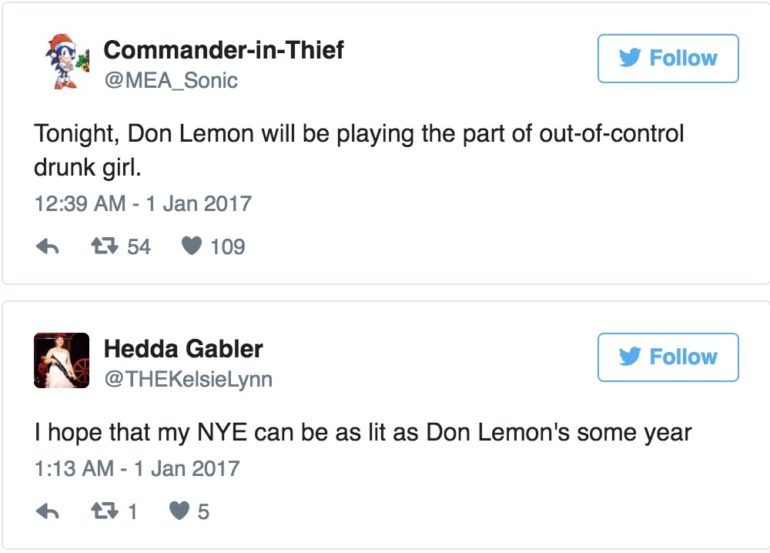 I guess @CNN ran out of #FakeNews stories on #nye2016, they decided to just air a drunk Don Lemon ?Happy New Years?pic.twitter.com/mKGr8TSmeQ

.@donlemon is the drunkest girl at the party on CNN right now. #CNNNYE #DrunkDonLemon

Now, even CNN will realize he’s an embarrassment to the network. This time, it isn’t just for his ideas.