Hey, CNN! Now that there’s EVIDENCE of your Media (D) bias, what are you going to do for the next 4 years?

CNN and BuzzFeed ran with a disgusting ‘Fake News’ story about Trump which shows them for the Presstitutes that they are.

The New York Times — that was totes cool with breaking the law to publish Trump’s taxes to damn him — wouldn’t touch this story.

CNN doesn’t want to be lumped in with BuzzFeed, because BuzzFeed is like, not real news and stuff.

If you run the same unverifiable story, you know what that makes you and BuzzFeed?

Isn’t it funny that ‘Fake News’ has been such a huge deal lately.

CNN may have even reported on it perhaps.

ClashDaily Editors looked into the dossier and saw this:

Well, that looks like fake news. How do you run that without verification?

They ran it because they wanted to run it.

They didn’t fact check it because they wanted it to be true.

It’s part of the campaign to ‘poison the well’ and delegitimze Trump’s Presidency before he takes office.

At Trump’s first Press conference, he hits the fake news story head on.

The first issue he addressed was the release of an unverified 25-page dossier claiming Trump has had extensive ties to Russia.

“I want to thank a lot of the news organizations here today, because they looked at that nonsense that was released by maybe the intelligence agencies…They came out so strongly against that fake news,” Trump said.
Read more: FOX News Insider

And then he lowers the boom:

Is there a more beautiful sentence than, ‘You are Fake News!’ leveled at CNN? 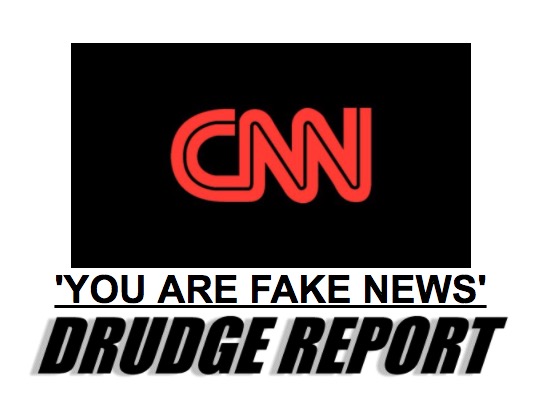 And all the Conservative Media outlets said: